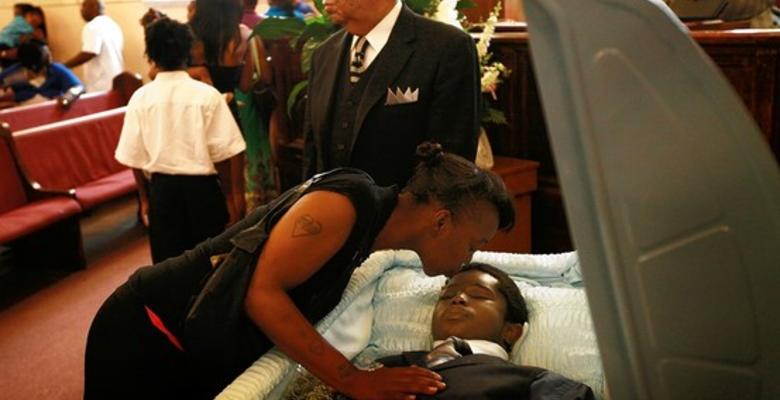 After hearing about a woman attempting to start a sex-strike in Chicago, ultimately based on the Ancient Greek play Lysistrata, to end the gun violence, we thought it would be good to dig into the numbers a little bit. We wish we hadn’t.

Simply put, Chicago has a massive Black-on-Black murder problem. All of the data below comes from the Chicago Police Department. You can access it here.

In 2011, the latest data officially released by the Chicago Police, there were 433 homicides. Of these, just 128 (29%) had a corresponding prosecution.

What stands out the most looking at both charts and knowing that 90% of the victims are male is that a lot of young, Black men are being killed in Chicago. No race comes even close to overall deaths by homicide. Keep in mind that based on 2010 Census numbers, only 33% of Chicago’s population was classified as Black.

In 2011, there were 140 convicted offenders for the 128 victims with an associated prosecution. There were more offenders than victims because 10.7% of homicides had two offenders and 10.0% had three or more offenders convicted. 87% of all offenders had a prior arrest history. Offenders were 88% male.

Now, we can and should debate about the causes, but let us just say that it’s hard to believe that racism is the root of it. Yes, some will argue that systemic racism traps Blacks in poverty, but does that explain why Blacks would seem to target other Blacks with such overwhelming violence and frequency compared to any other race? Furthermore on the race issue, it’s interesting to note that the Hispanics seem to actually murder more than they are murdered, while both Whites and Blacks are indeed murdered more than they murder.

Looking at the troubling statistics, is it reasonable to be reminded of Don Lemon’s (a Black, CNN anchor) somewhat famous and controversial comments during the George Zimmerman acquittal in 2013:

“‘Black people,’ Lemon said, ‘if you really want to fix the problem, here’s just five things that you should think about doing.’

The No. 1 item on that list — ‘and probably the most important,’ he said — had to do with out-of-wedlock births.

‘Just because you can have a baby, it doesn’t mean you should,’ Lemon said. ‘Especially without planning for one or getting married first. More than 72 percent of children in the African-American community are born out of wedlock. That means absent fathers. And the studies show that lack of a male role model is an express train right to prison and the cycle continues.'”

What Lemon describes is a culture problem. It’s not that there isn’t culture, it’s whether or not it is the type that truly promotes human flourishing. Watching videos like the one below, our hearts go out to any mom or dad (hopefully, both) trying to raise a child right in such carnage.

Devin is the co-founder and Chief Executive Officer of Intellectual Takeout and a graduate of Hillsdale College where he studied history and political science. Prior to co-founding Intellectual Takeout, he served as the Director of Development at the Center of the American Experiment, a state-based think tank in Minnesota. Devin is a contributor to local and national newspapers, a frequent guest on a variety of talk shows, such as Minneapolis’ KTLK and NPR’s Talk of the Nation, and regularly shares culture and education insights by giving presentations to civic groups, schools, and other organizations. In 2011, he was named a Young Leader by the American Swiss Foundation. Devin and his wife have been married for seventeen years and have five children. When he’s not working, Devin enjoys time with family the most while also relaxing through reading, horticulture, home projects, and skiing and snowboarding.

Watch Devin Foley and Christina Hoff Sommers recently discuss the question, “Is there a war against men?“