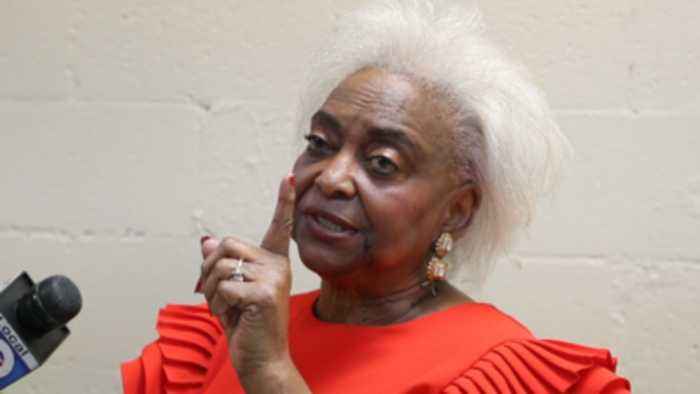 So, there have been a lot of reports about the fiasco that took place during the midterm elections across the nation as several states experienced what can only be explained as clear voter fraud, and some are still facing it.  However, Broward County, as usual, became one of the highlighted areas of voter fraud in Florida.  Now, we are no longer speculating about voter fraud, we have documented evidence of it.

Broward County incident reports and photo evidence prove conclusively that Broward County election workers broke the law in numerous instances during the 2018 election. As Broward election supervisor Brenda Snipes fights to hold onto her pension, the conduct of poll workers is coming under scrutiny, including a poll worker at Lauderhill mall, where Snipes’ office is based.

The incident reports describe poll workers telling voters how to vote, touching their ballots, handing out Democratic flyers to voters, allowing people to bring Democrat advertisements inside and to use their phones, and encouraging people to fill out blank spaces on ballots at the scanning machine.

“Voters that according to the machine had already voted were allowed to vote by provisional ballot,” according to a sworn incident report submitted under penalty of perjury.

The documents that Howley posted came from Nations in Action.

Nations In Action chairman Maria Zack told BLP, “This was egregious and we support Governor Scott for taking action. We are demanding that a full and transparent investigation into these incident reports be pursued immediately regardless of Brenda Snipes’ status, and that all guilty parties are prosecuted to the full extent of the law.”

Below are the reports, along with photographic evidence of the misconduct.

All of this confirms what we had been assuming all along, the law was being broken in Broward County.

Earlier in November, we reported on a Broward County employee’ affidavit made into a lawsuit concerning Governor Rick Scott’s bid for the US Senate.

According to News-Press.com, the lawsuit being spoken of by Kottkamp is tied to Matt Caldwell.

Matt Caldwell has followed Gov. Rick Scott’s lead in filing a lawsuit Friday against the Broward County Supervisor of Elections in one of the state’s closest races.

The campaign of the Republican candidate for agricultural commissioner sent a news release Friday afternoon announcing that his attorneys filed a lawsuit in the 17th judicial circuit “asking the court to protect the integrity of all ballots and all public records relating to the election for Commissioner of Agriculture.”

Caldwell thought he had edged out a victory in the agricultural commissioner race Tuesday night when he had about a 40,000 vote lead over Democratic candidate Nikki Fried.

But the latest vote count shows Caldwell losing by 3,120 votes to Fried. The difference between the candidates is .04 percent, signaling an automatic recount, and a likely manual recount.

“Over the course of the last two and half days, the Broward supervisor has continued to magically find boxes of ballots that have potentially altered the course of the race,” Caldwell said in an interview Friday. “And after all that time, we still cannot get a straight answer as to where they came from, when they were cast. We just heard there is another magical box of 2,100 ballots they supposedly found here (Friday).”

He said what is happening in Broward County is unacceptable.

“The fact that it’s my opponent’s home county and you continue to have ballots just be found at random times without any explanation I think it just undermines the faith in the entire process and certainly leaves me doubtful about the current count that has been presented out there,” Caldwell said.

During the course of all of this, keep in mind that Snipes refused to obey a court order to turn over ballots.  Instead, she continued to go about her business in contempt of the court.

Snipes was mixing valid with invalid provisional ballots, and she already had a criminal history of violating the law by destroying ballots.

Ms. Snipes planned to resign in January with a hefty pension, but Governor Rick Scott sacked her last week.

While Scott said that letting Snipes go early was “punishment,” I have yet to see exactly how that works out.  Citizens in Broward County were disenfranchised intentionally and the law was broken.  Until people are brought to justice regarding those crimes, there is no way that there has been any punishment given by way of justice.

Now, Governor Scott has the evidence.  What is he going to do about it?