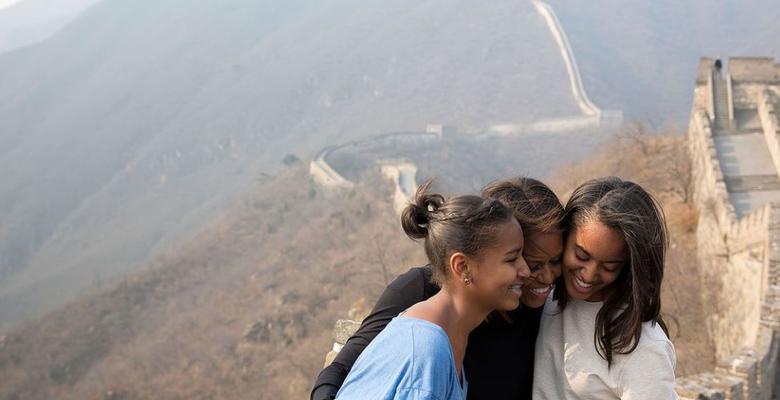 In case you missed it, Michelle Obama uttered a surprising statement over the weekend. It was all over the news, but unfortunately, not for the reason it should have been.

Most commentators covered Obama’s statement because the former first lady let a choice and vulgar term slip into her vocabulary. Had it not been for that fact, Obama’s statement may never have seen the light of day, for it runs contrary to the accepted feminist mantra that women can successfully manage a home, children, and a job.

This thought, Obama bluntly declared, is a lie. Women can’t have it all at once.

I found that to be a fascinating admission, not only because it goes against feminist messaging, but also because it sounds a harmonious chord with a recent piece in the New York Times on stay-at-home moms by Caroline Langerman.

Writing on her decision to stay at home with her two young children, Langerman explains the horrible days of her early motherhood as ones in which the hours slip by with children who continually made messes, cried, and in general, made life as it was before motherhood look like a fairy tale dream. So draining was the stay-at-home mother experience, writes Langerman, that she would spend her limited free time in sleepless exhaustion staring into space.

But when she was told to go back to work or hire a nanny, Langerman refused. “It’s like I’m taking a sabbatical,” Langerman writes. “A sabbatical in which I learn what it’s like to be a human mother.” And she refused to stop this sabbatical, not because she was miserable or felt like she could make better use of her life in the workplace, but for something more.

She refused because her life was now meaningful.

“Now I was needed. I was never alone. Maybe there would come another stage of my life, some magical equilibrium in which I would be sometimes needed and sometimes not. In which I would laugh with my husband in a dimly lit restaurant and chat about books with my sweet mother. Maybe the old me was not really dead, just changed, and the reward of my choice to stay home would not be better-off kids but a better-off self. I would return from my sabbatical with a broader perspective and a bigger heart, knowing something of the world that I hadn’t before.”

Langerman appears to have discovered the age-old beauty of motherhood, the beauty which was once captured by French author Alexis de Tocqueville when he toured America in the mid-1800s. In his book Democracy in America, Tocqueville outlines the hardship and sacrifice he saw in the mothers of frontier America. But beneath the hardship, he caught a whiff of something else:

“By the side of the hearth sits a woman with a baby on her lap: she nods to us without disturbing herself. Like the pioneer, this woman is in the prime of life; her appearance would seem superior to her condition, and her apparel even betrays a lingering taste for dress; but her delicate limbs appear shrunken, her features are drawn in, her eye is mild and melancholy; her whole physiognomy bears marks of a degree of religious resignation, a deep quiet of all passions, and some sort of natural and tranquil firmness, ready to meet all the ills of life, without fearing and without braving them. Her children cluster about her, full of health, turbulence, and energy: they are true children of the wilderness; their mother watches them from time to time with mingled melancholy and joy: to look at their strength and her languor, one might imagine that the life she has given them has exhausted her own, and still regrets not what they have cost her.”

Did you catch that? It’s subtle, but it hints at the same message that Langerman notes in the New York Times and that Michelle Obama recognizes in her non-feminist message about women not able to have it all. Motherhood, Tocqueville seems to be saying, is hard, exhausting, grueling, and life-draining. But the mothers who throw themselves into that job reap the joy of personally sacrificing for one who completely depends upon her. And while many today say otherwise, that same joy and satisfaction is not found in trying to break glass ceilings and keep up with the men.

Michelle Obama seems to be recognizing and accepting this. Is it time the rest of society did as well?