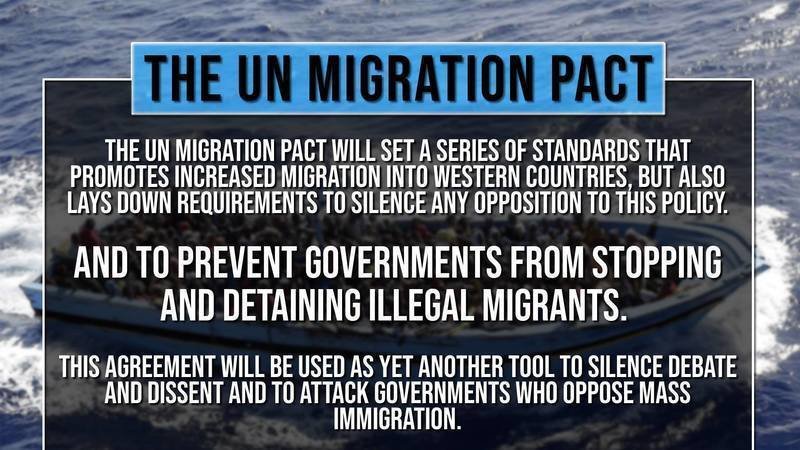 To my American Friends *** SOS *** Canada is Under Attack by Fifth Columnist Traitors and YOUR RISK.  It is an unprecedented national security crisis and coup d’etat by the governing Liberal Party under Prime Minister Justin Trudeau who is going to sign the UN Migrant Compact on December 10, 2018.

THIS UN agreement binds ALL Countries subservient and enslaves their citizens to dictate by UN / EU.

IT concerns AMERICA, because UN /Progressives state Canada take 100 million refugees, our CURRENT population is 36 million. This is an act of aggressive invasion as this horrifying forced allotment will result in an invasion from the North by our longest unarmed border!  It must be stopped BEFORE it is signed

OVER-RIDING the Government, the Governor General of Canada is vested with lawful jurisdictional duty  to Defend and Protect Canada’s Sovereignty, Constitution and Parliamentary Democracy.  There are SIX Royal Prerogatives or Reserve Powers as detailed in my letter below to compel her to QUASH the illegal surrender of Canada to UN .  She ALSO the Commander in Chief of the Canadian Armed Forces and Police Forces across the country – this is NOT just a ceremonial role – see the legislation quoted in letter.

letter excerpt:   “… For such an audacious, premeditated New World Order coup d’état to coincide with the 100 year ceasefire of World War I, without a Single Soldier Standing in Defence of Country without a single shot fired is the ultimate treasonous betrayal by Rogue Canadian Political Traitors’ unfettered entitlement and game of global glory gloating… ”

This is High Treason committed by Canada’s Prime Minister, Privy Council, Members of Parliament, Liberal Party and others against Canada and 1867 Constitution and violating her people’s enshrined Rights in English Common Law 560 AD (oral law) 890 AD (written law) and the Magna Carta 1215 AD.

President Trump was the first to withdraw from this illegal and unconstitutional usurpation of sovereignty in late 2017 and declared by UN Secretary Nikki Haley.  My American Friends, Neighbours, Ally and Trade Partner, I require your 63 MILLION strong Patriot voices to contact  Canada’s Governor General  to invoke the Royal Prerogative – as per my letter below.

PLEASE  WRITE HER below, SHARE it,  ask Congress, Senate and President Trump to support me to keep Canada Sovereign, Secure, Stable and Successful for Citizens and  continued safe neighbors to the North

Sincerely, from your Canadian Patriot, 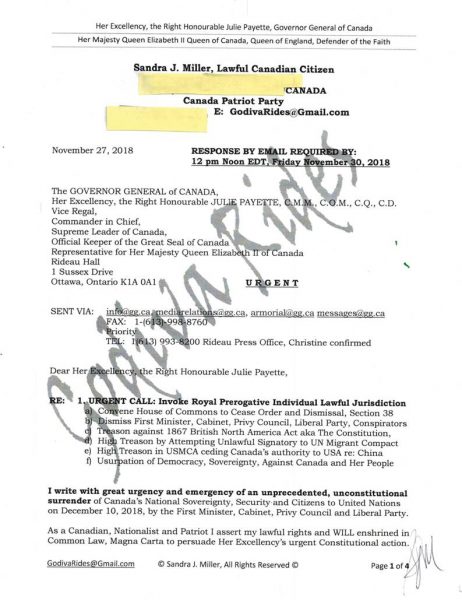 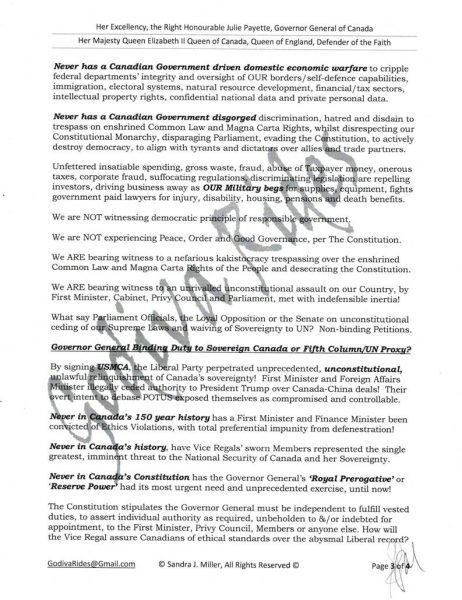 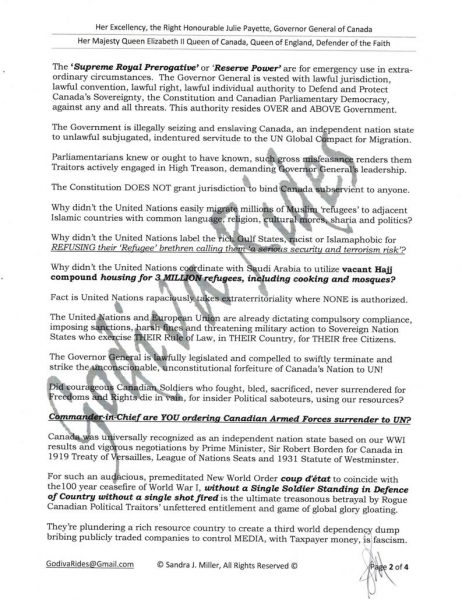 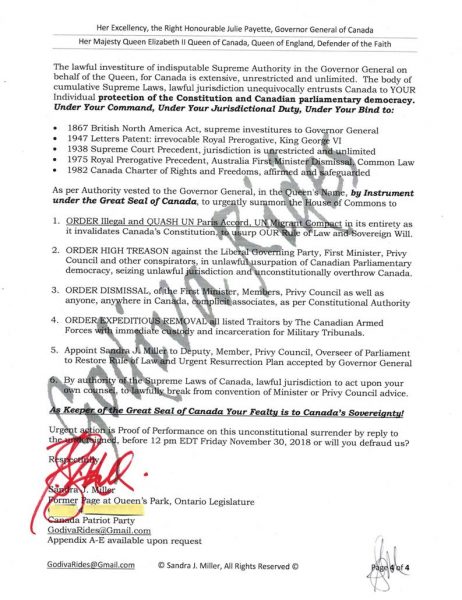