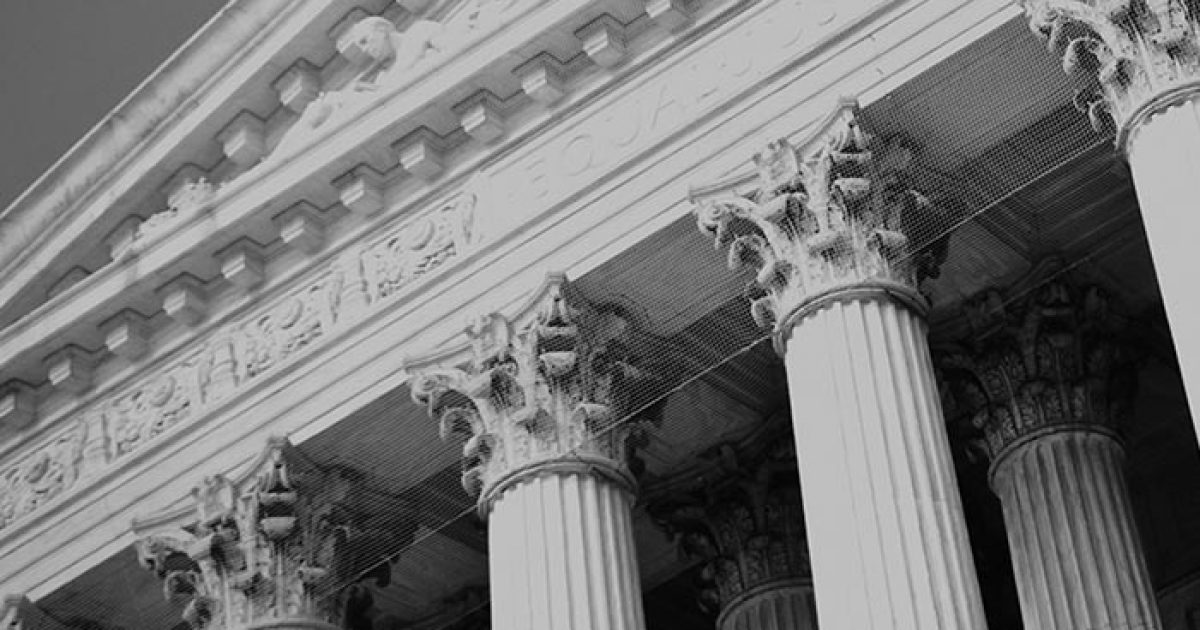 When Barack Hussein Obama Soetoro Sobarkah became president in 2008, Republican citizens, Christians, constitutionalists, independents, libertarians, and others accepted the outcome of the Electoral College as the Constitution prescribed.  For eight years, the people of this republic watched as this usurper, who hates America and everything for which it stands, committed crimes against the people, divided the people along every demographic imaginable, and made apologies around the world for our values and principles.  The people tried to counter #44 by voting in a Republican majority to both chambers of Congress only to watch the legislative body cave to this imposter and Democrats.  Having enough, the people rallied behind Donald J. Trump, pushing his Electoral College win to become president in 2016.

For the last two years of Trump’s presidency, sour-grape sucking Democrats have tried to concoct every conceivable plan, legal or illegal, to stop Trump at every turn with overt calls for impeachment and every judge in every court at every level overstepping his/her bounds to stop any constitutionally authorized power Trump has.  Unfortunately, the Democrats are just clearing their throat and planning more nefarious actions when the Democrats take control of the House.  In fact, Democratic National Committee Chairman Tom Perez spoke at a Demand Justice event where many attendees were floating the idea of “packing the Supreme Court with additional justices if Democrats regain power.”

If you are not familiar with Demand Justice, the organization is run by former Hillary Clinton spokesman Brian Fallon, who hosted the event to discuss “solutions” to fix what he termed a “court in crisis” since Donald Trump has had two justices confirmed under his presidency.  Remember, Hussein Soetoro had Sotomayor and Kagan confirmed to the Supreme Court during his presidency, both being flaming homosexuals.  Democrats had zero issue with “their man” having two appointments to the Supreme Court, but take issue when a Republican president, more specifically, Donald Trump, is able to do the same.  But, I digress.

Fallon, who introduced Perez, delivered a speech covering proposals on how “reforming the Supreme Court” needed to become a Democratic priority.

Fallon introduced Perez with a speech on how proposals to “meaningfully reform the Supreme Court” need to be part of the Democratic presidential primary discussion.

“We must look at ideas like expanding the number of justices on the Court, to ensure that a future Democratic president might have the chance to fill two or more seats,” Fallon said. “Some sort of reform must be part of the 2020 discussion, and we’re hoping to start that discussion today.”

Perez did not specifically argue for the proposal to pack the court or other recommendations such as impeaching Kavanaugh or installing term limits for justices, but he did characterize the “reform proposals” that were being offered during the event as “practical suggestions.”

“What I’m not going to do tonight, because there’s a panel of remarkable experts to do it, is get into the critical minutia of what we do from here,” Perez said to the crowd of liberal activists.

“I’m confident you’ll come away from here with a blueprint of practical suggestions,” Perez added. “I’ve been in many foxholes with all of you, and I’ll get in a foxhole with you all any day of the week.”

The first panel following remarks from Perez featured Todd Tucker, who just last month released a report calling for “adding justices to the bench through Court expansion.” He has been a longtime advocate for court packing, arguing in June that it would be the best response to the “conservative majority’s support of Trumpism.”

Both offered impassioned arguments for court packing during the event.

McElwee, also a leading advocate for abolishing ICE, had written before the event started that he was excited to make the case for court packing alongside Perez.

“I’ll be in DC with the actual chair of the DNC making the case for Court expansion,” he wrote

Perez and the DNC have not made any public statements for or against packing the Court if Democrats are able to gain power in 2020. The DNC did not respond to a request for comment on whether it views court packing as a winning issue for the party this election cycle.

Fallon also did not respond to an inquiry into whether he had discussed court packing with Perez.

The question is “Can Democrats, if gaining control of both chambers of Congress, expand the size of the Supreme Court?”  The answer to that question rests in the Constitution for the united States of America, Article III.  Article III, Section 1 of the Constitution for the united States of America states, “The judicial power of the united States, shall be vested in one supreme court, and in such inferior courts as the Congress may from time to time ordain and establish.”  This is a very broad direction.  Nowhere in the Constitution does it establish the number of justices that are to hold positions on the Supreme Court.  Therefore, that authority falls to Congress.

According to TheConstitutionCenter.org, the Judiciary Act of 1789 established the first Supreme Court with six sitting justices – one chief justice and five associate justices.  But, Congress has changed the number of justices that sit on the court several times.  In reviewing the history, it has been a political move to thwart incoming presidents from bench appointments and assist sitting presidents to have justices sympathizing with presidential policies.

Since 1789, Congress changed the maximum number of Justices on the Court several times. In 1801, President John Adams and a lame-duck Federalist Congress passed the Judiciary Act of 1801, which reduced the Court to five Justices in an attempt to limit incoming President Thomas Jefferson’s appointments to the high bench. Jefferson and his Republicans soon repealed that act, putting the Court back to six Justices. And in 1807, Jefferson and Congress added a seventh Justice when it added a seventh federal court circuit.

In early 1837, President Andrew Jackson was able to add two additional Justices after Congress again expanded the number of federal circuit court districts. Under different circumstances, Congress created a 10th circuit in 1863 during the Civil War, and it briefly had a 10th Supreme Court Justice. However, Congress after the war passed legislation in 1866 to reduce the Court to seven Justices. That only lasted until 1869, when a new Judiciary Act sponsored by Senator Lyman Trumbull set the number back to nine Justices, with six Justices required at a sitting to form a quorum. President Ulysses S. Grant eventually signed that legislation and nominated William Strong and Joseph Bradley to the newly restored seats.

Since then, aside from President Franklin Roosevelt’s ill-fated threat to support an effort to add new Justices (who sympathized with his policies) to the Supreme Court, the number of Justices on the Court has remained stable. In 1937, Roosevelt had won a second term in office, but the makeup of a conservative-leaning Supreme Court hadn’t changed since he took office four years earlier. Roosevelt supported a Judicial Procedures Reform Bill of 1937 to add as many as six new Justices.

The legislation struggled to gain traction, and it was opposed not only by Chief Justice Charles Evans Hughes but also by the liberal Justice Louis Brandeis. Soon, changing voting patterns on the Court along with vacancies made the Court Packing plan a moot point.

What we can gather from history is the addition of justices sitting on the Supreme Court often coincided with the addition of federal circuit court districts;  however, political party does seem to play a part in expansion of the number of Supreme Court justices as well as personal rivalry among incoming and outgoing presidents.

If Democrats were to succeed in expanding the number of justices on the Supreme Court, American citizens would be beaten over the head even more to accept fallacies and outright lies of Supreme Court supremacy over anything and everything, but always siding with Democrats.  It would truly confirm this republic’s morph into a “black robed oligarchy”, which could lead to outright dictatorship of one party – Democrats.  But, as with everything the Democrats do, they only think about how something benefits their party while in power;  but, turn around to decry the opposition party using the precedent established by their power grab.

Despite the three branches of government being equal, with none having dominion over the others, the founding fathers acknowledged concerns of the citizens of the new republic of the danger of two of the three branches colluding together to usurp the government.  While the Supreme Court was identified as the lesser of the three to inflict harm, alliance with either the legislative branch or the executive poses a grave danger to the freedom and liberty of every citizen. (Federalist No. 78)  But, the Constitution provided a remedy to these usurpations.  However, with none of the branches of the federal government following the Constitution, but injecting their party/personal philosophy, ideology, and opinion into legislation, the remedies present in the Constitution will remain ignored and unused, just as the rest of it has for quite some time now.

So, there is a very real threat that exists from the Democratic Party against the people of the united States.  They are not even trying to disguise it or hide it.  But, the Republican Party is no better.  While Democrat politicians will cut your throat in one swift motion, Republican politicians do it by a thousand cuts.  The threat coming into rapid view to this republic is “party” – we have a “party problem” in the united States.  Both are joined to corporations, the wealthy elitists such as Soros, the Rockefellers, etc., and global government minded foreigners and domestics.

The “sleeping giant” needs to awaken for we have enemies inside the gates that are moving rapidly.  While the Democratic move for increasing the number of Supreme Court justices may be only an idea right now, and one entertained by only a few, one should consider this a real threat with Pelosi set to be House Speaker;  the Democrat mantra of “win at all costs;”  the exponential rise of socialism within the Democratic Party;  the neutering of the Republican Party;  the continued witch hunt against Donald Trump involving nonexistent Russian collusion;  and a possible Bernie Sanders or Hillary Clinton contention for president in 2020.