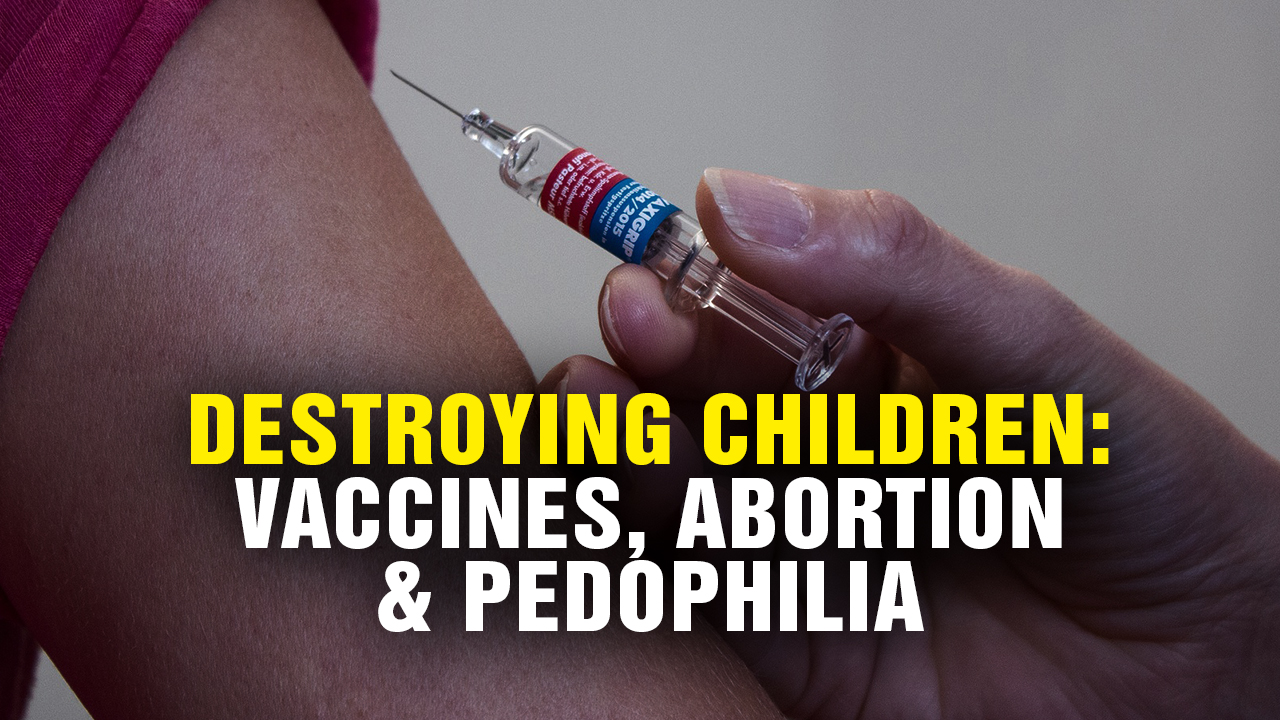 (Natural News) According to official statistics that you’ll never hear reported by the mainstream media, as many as 800,000 children in the United States, and eight million children globally, are being kidnapped and trafficked into sex slavery every single year as part of a massive pedophilia network that spans the entire world. And though it might not be comfortable to think about, many high-level politicians on both sides of aisle actively participate in, and partake of, this unimaginable evil.

Earlier this year, The International Tribunal for Natural Justice (ITNJ) met for three days to launch its Judicial Commission of Inquiry into Human Trafficking and Child Sex Abuse, the purpose of which is to investigate and bring to the forefront this prolific scourge of child sex abuse all around the world, much of it satanically ritualistic in nature.

One of the speakers at this event was Chief Counsel Robert David Steele, a former CIA officer who opened the Plenary Session of this first Judicial Commission of the Tribunal. He spoke about how child torture, child murder, and child organ harvesting are now “accepted” practice within the highest levels of government all across the globe, as well as within non-governmental organizations (NGOs), multinational corporations, academia, and “civil” society.

“This scourge persists because it is allowed to exist by the complicit authorities,” Steele stated during his roughly 13-minute speech, which you can watch below:

Steele says he’s convinced that most of the organizations and institutions that facilitate these sex crimes against children started out with “the best of intentions,” but were eventually infiltrated by pedophiles who transformed them into something else. Regardless, such crimes are taking place every single day, often by people who are presented to the public as “authorities” and “civil servants.”

And it’s not just that these wicked abominations are abducting innocent children in order to have sex with them. In many cases, there’s ritual satanic abuse taking place in which children are purposely traumatized before being murdered, allowing satanic pedophiles to drink their blood and eat their flesh like vampires.

“It appears that pedopredation – including the attendant torture and murder of infants to produce adrenalized blood via ritual Satanic abuse – is in some cases considered an elite ‘privilege’ whereupon these echelons are permitted to practice such perversity with impunity,” Steele explained during his speech, pointing out that it’s the people we see every day on television, in movies, and in government buildings who are engaging this these unspeakable evils.

The “deep state” is powered by pedophilia

Why this is so important to bring to the public’s attention is that pedophilia is a type of “initiation rite,” according to Steele, to draw new members into the “deep state” and “shadow government.” High-level government officials who participate in pedophilia activities such as those previously mentioned quickly become puppets who are fully controlled by their invisible overlords, which use the deviant activities of their puppets as blackmail in order to fulfill various other evil agendas.

Be sure to read the full report by Health Impact News about all of this, which contains other powerful interviews by other whistleblower folks who were sex slaves themselves.

You can also read more about the evils of the deep state at DeepState.news and Evil.news.