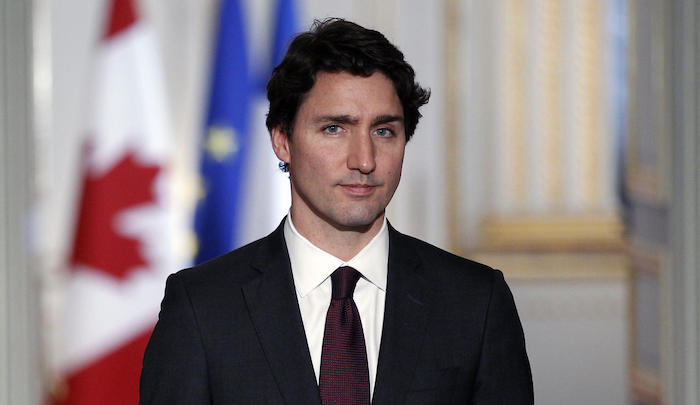 Canadians should be afraid. The radical Canadian Prime Minister, Justin Trudeau, opened Canada’s borders to one of the most radical, dangerous, and anti-Semitic countries on the planet. Trudeau has made immigration from developing (Muslim) countries a fundamental part of his agenda, because of the voter bonanza it will bring him.

Prime Minister Trudeau, along with Canada’s immigration minister, Ahmed Hussen, have every intention to intensify their insane immigration policy. 2019 could be the last chance Canadians have to save their country. If Justin Trudeau is reelected in 2019, there is no telling what kind of damage he will do.

Three years ago, the first government plane filled with Syrian refugees fleeing the civil war touched down in Canada.Prime Minister Justin Trudeau made a point of personally welcoming that initial wave of newcomers with donations of warm clothing and an invitation to join the Canadian “family.”Today, those recent arrivals mark a significant milestone: they’ve met the three-year residency requirement that makes them eligible to become Canadian citizens.Some will swiftly embrace the opportunity to apply, while others face major barriers ranging from language proficiency requirements to prohibitive application fees.Basel Alzoubi was among the Syrians in that first wave, arriving in Canada with his wife and three young children on Dec. 31, 2015.Settling in to a new life here has involved challenges, he said — acclimating to the cold weather and learning a new language being the biggest. Alzoubi said he has been diligently preparing to apply for Canadian citizenship in the new year.“I will be born again from this life,” he said. “When I get Canadian citizenship it opens all the doors.”
take our poll - story continues below
Completing this poll grants you access to DC Clothesline updates free of charge. You may opt out at anytime. You also agree to this site's Privacy Policy and Terms of Use.

Alzoubi has learned English more quickly than many other Syrians, something he credits to his social nature, his volunteer work and the many jobs he’s held since his arrival — everything from delivering pizzas and driving cabs to serving coffee and making shawarma. His wife, who usually stays home to care for the children, has had more difficulty picking up the language.

Alzoubi said he misses his mother and brother, who are now in Lebanon. He misses Syria.

“My Syria and my country is like my mom, in my soul and in my heart. I never forget for a second,” he said. “Canada is my kids’ home, their mother, because they will grow up here.

“Canada is that country that opened up for me and my kids, so it’s my homeland.”

The Syrian refugee resettlement initiative was a national project, drawing governments, community volunteers, sponsors and businesses together to bring 58,600 Syrians to the country.

“I’m very proud of the fact that we will be able to welcome many of these folks to join the Canadian family,” he said in an interview.

“We want to ensure that all newcomers, including refugees, successfully integrate, and the end point of integration is becoming a Canadian citizen. Overall, I strongly believe that the Syrian initiative has been a success.”…

Reprinted from The Geller Report