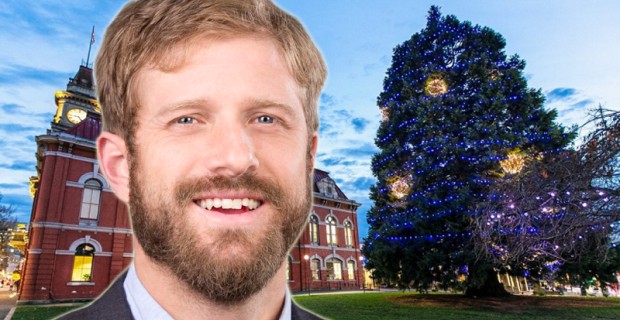 A councillor in Victoria, Canada has succeeded in securing a review of the city’s Christmas decorations after he expressed concerns that things like Christmas trees were not secular enough and needed to be more ‘diverse’ because they may offend Muslims.

Coun. Ben Isitt has won support for the inquiry, which will look at “further secularizing or increasing the diversity of cultural elements in seasonal decorations,” reports the Vancouver Sun.

Isitt’s demands were triggered after a poinsettia, a red floral display typically seen at Christmas, recently appeared on his desk at Victoria City Hall.

“I don’t want a poinsettia. It is a symbol of the Christian faith,” he complained, adding that the city’s main sequoia tree should not be lit up and turned into a Christmas tree because that is not “inclusive” enough and may offend Muslims.

“Muslims, unless they are mixed families, they don’t have Christmas trees in their homes,” said Isitt.

However, Coun. Sharmarke Dubow, who is Muslim, said he didn’t have a problem with the Christmas tree, commenting, “I was born on Christmas Day. This is symbolic and I like them (the lights), on a personal note.”

Despite Christmas decorations being dialed back by the city in recent years, Isitt thinks “there are still many elements of Christian symbolism” which need to be removed, adding, “For me it’s the Christmas trees, it’s the poinsettias, it’s the hollies that sort of ruffle my sensibilities in terms of the expenditure of tax dollars.”

Coun. Marianne Alto responded by noting that although she didn’t celebrate Christmas, lights were a way of brightening up the dark winter season.

“I do think we need to be cognizant of the fact that while we’re seeking diversity, part of diversity is also about tolerance,” she said.

A review, most likely headed up by representatives of different faiths, will now take place in order to assure that “publicly funded decorations are as inclusive as possible.”