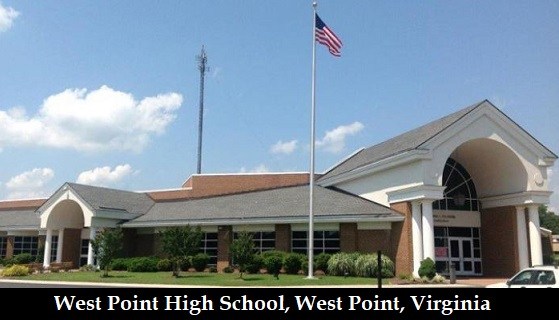 The new tyranny in America.

Graham Moomaw reports for the Richmond Times-Dispatch, Dec. 6, 2018, that the West Point High School in West Point, Virginia, fired French teacher Peter Vlaming for refusing to go along with the madness of ‘transgenderism’ by addressing a female 9th-grade student who imagines herself to be male with the Left-mandated “correct” male pronouns.

Note that FOTM‘s recounting of Moomaw’s report for the Richmond Times-Dispatch refers to the biologically-female student as “girl,” “she” and “her,” instead of “boy” and male pronouns employed by Moomaw, which is now mandated for journalists in America’s insane Left-dominated media.

Vlaming, 47, who had taught at the school for almost seven years after spending more than a decade in France, told his superiors his Christian faith prevented him from using male pronouns for a student he saw as female.

A year ago, the student was in Vlaming’s class, at which point, she had identified as female. Then, over the summer, the girl’s family informed the school system of her “transition” to being male. Vlaming agreed to use the student’s new, male name, but avoided using any pronouns — he or him, and she or her — when referring to the student in her presence. But Vlaming did use female pronouns to refer to the female student in conversations with others. According to “witnesses,” during a class activity on Halloween involving the use of a virtual reality headset, the student was about to run into a wall, and Vlaming told others to stop “her.”

In other words, the school relied on spies and informants.

The student said that Vlaming made her feel uncomfortable and singled out. And the school’s administrators sided with her. They recommended that Vlaming be fired for violating the school system’s nondiscrimination and harassment policies that were updated a year ago to include protections for gender identity.

West Point’s principal Jonathan Hochman said he had told Vlaming to use male pronouns in accordance with the student’s wishes, and hyperbolically condemned Vlaming’s refusal as “I can’t think of a worse way to treat a child than what was happening.” West Point schools Superintendent Laura Abel said that Vlaming’s gender “discrimination” created “a hostile learning environment” which made the student and her parents feel “disrespected.”

Although the school district’s attorney, Stacy Haney, justifies Vlaming’s firing on the basis of a school employee’s refusal to follow policies, Vlaming’s lawyer, Shawn Voyles, said the school district’s nondiscrimination and harassment policies contain no specific guidance on the use of gender pronouns, and that even as a public employee, Vlaming has constitutional rights of his own, specificially the right “to be free from being compelled to speak something that violates your conscience.”

Speaking in his own defense, Vlaming said he loves and respects all his students and had tried to reach a solution based on “mutual tolerance.” But the effort was rejected, which put him at risk of losing his job for having views held by “most of the world for most of human history.” Vlaming said, “That is not tolerance. That is coercion.”

Vlaming’s hearing drew an overflow crowd, made up largely of parents and students who support him. They describe Vlaming as a model teacherwho does extra duty as a soccer coach and bus driver. They had brought to the hearing “Justice for Mr. Vlaming” signs, but school officials forebade the signs in the meeting room with the ridiculous excuse that the small room did not have space for the signs. So the signs were left in a stack outside the meeting room’s doors.

During the hearing, to highlight the pitfalls of rules against “misgendering,” Vlaming and his lawyer pointed out that school principal Hochman himself used the “wrong” pronoun for the student during his testimony. Describing his conversation with Vlaming after the incident on Halloween, Hochman testified that he told Vlaming: “You need to say sorry for that. And refer to her by the male pronoun.”

Despite the support from many students and parents, the school board chose to terminate Vlaming’s employment. Superintendent Abel released this brief statement after the vote: “As detailed during the course of the public hearing, Mr. Vlaming was recommended for termination due to his insubordination and repeated refusal to comply with directives made to him by multiple WPPS administrators.”