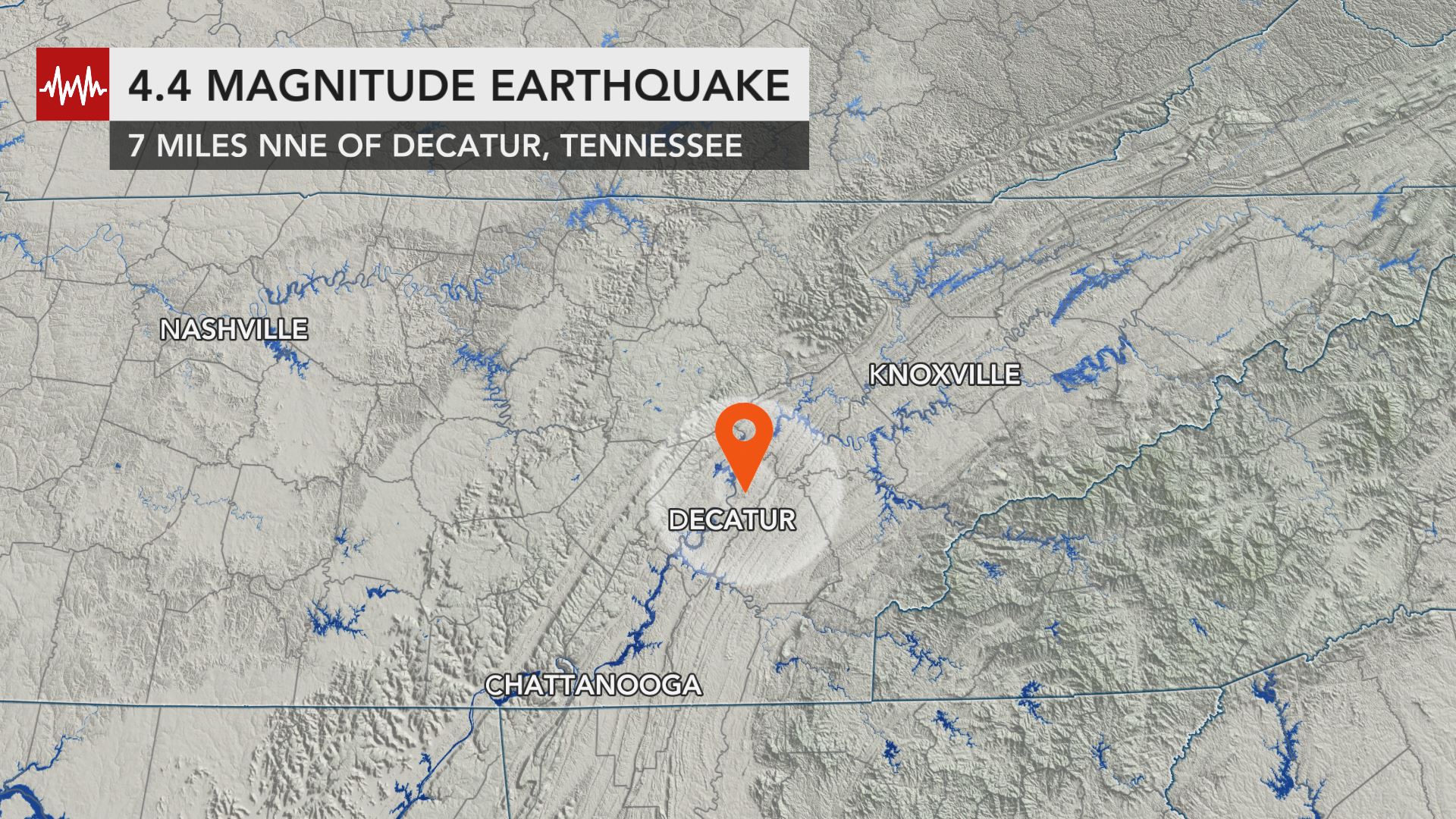 Large earthquakes aren’t supposed to happen in Tennessee.  On Wednesday, the largest earthquake in 45 years hit eastern Tennessee, and it made headlines all over the nation.  The magnitude 4.4 quake was so powerful that it was felt in portions of Alabama, Georgia, South Carolina, North Carolina and Kentucky.  Significant shaking was even felt as far away as Atlanta, and that was highly unusual.  The original earthquake was rapidly followed by a magnitude 3.0 aftershock, and subsequently there were several other noteworthy aftershocks.  We live at a time when earthquakes are increasing in size and frequency, and many are concerned about what this may mean for our future.  The recent earthquakes in Alaska were a shock, but at least they made sense since much of the coastline of Alaska sits directly along the Ring of Fire.  But eastern Tennessee is not an area that has traditionally been prone to quakes.  Could it be possible that the “seismic scar” that was created when the North American continent was formed is beginning to reawaken?

Prior to Wednesday, the last time that eastern Tennessee had experienced an earthquake of this magnitude or greater was on November 30th, 1973.

That was 45 years ago, and many of you that will be reading this article were not even alive at that time.

Some experts had regarded eastern Tennessee as one of the “safest” areas in the eastern half of the country, but after what we just witnessed they may want to reevaluate things.  When the earthquake happened, the shaking was so violent that it actually woke people from their sleep all the way over in neighboring North Carolina…

“Felt it here in Arden off Brevard Rd for sure. Sitting on the couch at 4:15 am reading news on laptop and it felt like the house swayed back and forth for a few seconds. Weird…….” – Wayne Womble

“I felt the earthquake in Alexander, NC around 4:15 am. It woke me from my sleep.” – Megan S. Bottego

“We felt the earthquake in Marshall, Madison County, NC (just outside the Buncombe County line). It woke me up about 4:20am as it shook enough to cause items on dresser to shake and rattle. It only lasted about 5-10 seconds. ” – Paula Seay

But this isn’t the only earthquake that has happened in the region recently.

In fact, in the center of the United States there have been 27 significant earthquakes of magnitude 1.5 or greater within the last 7 days.

Eastern Tennessee is not in the New Madrid Seismic Zone, but it is not too far away either.  And there are some that are speculating that the “deep underground scar” that was created during the formation of the North American continent may be awakening once again.  The following is what Wikipedia has to say about the formation of that scar…

The faults responsible for the New Madrid Seismic Zone are embedded in a subsurface geological feature known as the Reelfoot Rift that formed during the breakup of the supercontinent Rodinia in the Neoproterozoic Era (about 750 million years ago). The resulting rift system failed to split the continent, but has remained as an aulacogen (a scar or zone of weakness) deep underground, and its ancient faults appear to have made the Earth’s crust in the New Madrid area mechanically weaker than much of the rest of North America.

This relative weakness is important, because it would allow the relatively small east-west compressive forces associated with the continuing continental drift of the North American plate to reactivate old faults around New Madrid, making the area unusually prone to earthquakes in spite of it being far from the nearest tectonic plate boundary.[16]

As noted above, because of this scar the crust of our planet in that region is “mechanically weaker” and thus more vulnerable to shaking.

What that means is that earthquakes in that area could potentially be far more damaging.

According to the Missouri Department of Natural Resources, any earthquakes that occur along the New Madrid fault could “shake and damage an area approximately 20 times larger than earthquakes in California”…

Due to the harder, colder, drier and less fractured nature of the rocks in the earth’s crust in the central United States, earthquakes in this region shake and damage an area approximately 20 times larger than earthquakes in California and most other active seismic areas. Even though large earthquakes occur much less frequently in the NMSZ than in California, the long term average quake threat, in terms of square miles affected per century, is about the same because of the approximately 20 times larger area affected in the central United States.

And even though most Americans don’t realize this, some of the worst earthquakes in all of U.S. history have happened right in the middle of the country.

In 1811 and 1812 three massive earthquakes struck directly along the New Madrid Seismic Zone, and the damage was off the charts.  The following comes from a previous article…

Those earthquakes in 1811 and 1812 tore thousands of very deep fissures in the ground, they caused the Mississippi River to actually run backwards in some places, and they caused sidewalks to crack in Washington D.C. and church bells to ring in Boston.

In our time, the U.S. Geological Survey has admitted that the New Madrid fault zone has the “potential for larger and more powerful quakes than previously thought“, and we have seen the number of significant earthquakes in the middle part of the country more than quintuple in recent years.

There is a reason why I included a catastrophic New Madrid earthquake in The Beginning Of The End, and scientists assure us that it is only a matter of time before one takes place.

Giant earthquakes and huge volcanic eruptions are starting to happen with such frequency now that they almost immediately start receding from our memory after they happen.  We have been witnessing one historic seismic event after another, and they are happening so fast that it is hard to keep up with them all.  And when you throw in wildfires, floods, hurricanes and all other major disasters, what we have been witnessing is truly historic.

According to CNN, 2017 was the costliest year for natural disasters ever, and it looks like there is a good chance that we will break that record again this year.

Our planet is changing, and many believe that very dark days are ahead for all of us.