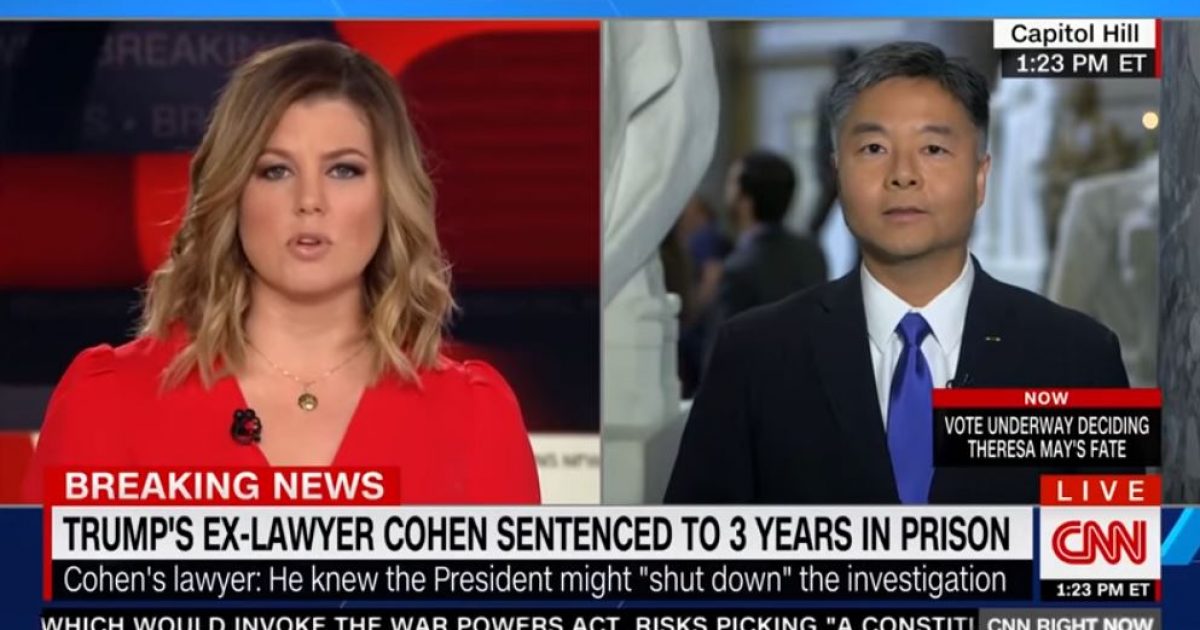 While appearing on CNN Wednesday, Rep. Ted Lieu, D-Calif., admitted that he would love to be able to control and regulate the content of speech but the First Amendment prevents him from doing so.

In short, Lieu just admitted that he’s really no better than the Communists who ran the former Soviet Union.

“I would love if I could have more than five minutes to question witnesses. Unfortunately, I don’t get that opportunity. However, I would love to be able to regulate the content of speech. The First Amendment prevents me from doing so, and that’s simply a function of the First Amendment, but I think over the long run, it’s better the government does not regulate the content of speech,” he said in a discussion regarding the hearing with Google CEO Sundar Pichai.

According to the Washington Free Beacon:

He added he would urge private companies to regulate their platforms more themselves but repeated the government shouldn’t play that role.

Lieu blasted the hearing as a waste of time perpetrated by Republicans and backed the right of corporations to free speech. He backs a constitutional amendment to overturn the Supreme Court decision Citizens United, however, which confirmed that right.

Lieu tweeted Tuesday he would like to regulate Fox News but said the fact that he couldn’t was “a good thing in the long run.”

I agree there are serious issues, but the speech issues are protected by the First Amendment. Would I like to regulate Fox News? Yes, but I can't because the First Amendment stops me. And that's ultimately a good thing in the long run.

Here’s video of his comments:

This, by the way, is the modern Democrat Party.

Thank God and the Founders for the Bill of Rights.