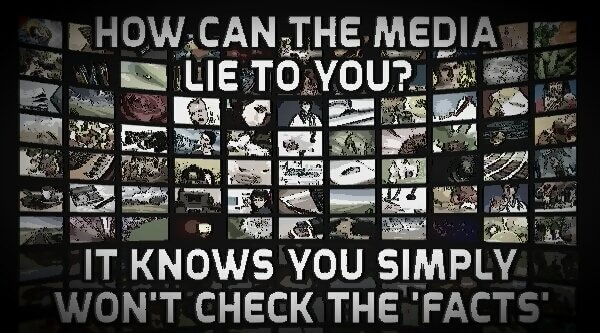 One of my longtime journalist friends, Kathleene Parker, out of Los Alamos, New Mexico, understands my frustrations as to why the American main stream media avoids any reporting on the immigration issue driving “galloping” U.S. population gains.

I spoke to her on the phone to gain her lifetime of frustrations as to the “why” of the main stream media misleading, lying to and obfuscating to the American public.  The MSM slants the truth to avoid reality and, in doing so, misleads the American people.

Parker said, “I just heard from the editor and apparently my piece will be run sometime over the holidays, but since it’s part of our ongoing conversation I’ll forward it as an example of why you won’t’ get a thing on “60 Minutes.”

“This isn’t just, “Oh this editor, or that one simply doesn’t understand or get it.”  It’s far more insidious and dangerous with it of note, that if we still had the Fairness Doctrine, you and I, and other prominent writers would, could and should literally go after the networks for their omissions in reporting on population.

“Some recent additional research made me realize how profound and dangerous it really is—worse than even I had imagined because without a press willing to report on the nation and the world factually, all is lost, especially if they are doing what old communist regimes used to do:  modifying the “news” to their own agenda, and that is absolutely what media are doing, and Trump’s non-specific “fake news,” does nothing to solve it.

“I’ve been angry, thinking, “Where is the voice of ethical journalists and journalistic instructors on this?”  But then, a friend pointed out, with today’s media, who would know.  As he summed it up, “Do you really think they are going to report on the need to re-regulate media to the standards before 1987?  Good point. In fact, THE point, and I feel like the village elder, back as Hitler rose to power, trying in vain to get others to “get it,” and to understand exactly the position we’re in and HOW DANGEROUS IT IS!

“Media recently headlined a falling U.S. birthrate and hinted, absurdly, at pending worker shortages. The third most populated nation behind only China and India, we are ratcheting up by a staggering 30 million people a decade—82-percent immigration-driven—we must endure gridlock, pricey housing and congested national parks, not labor shortages.

“As the highest per-capita carbon footprint nation, that also makes us—far ahead of China—the most populated nation on the planet in terms of environmental impact, yet corporate media make sure we’re not talking about that.

“Not reported is that ours is one of just eight nations—the only developed nation on the list—fueling half of all growth on the planet, a population explosion so astronomical that it should command headlines yet is ignored or misrepresented. This begs the question of what else goes unreported.

“Democracies cannot survive without trustworthy information.  Where are elected officials—“fake news” isn’t helpful—to restore laws to re-tame media so out of control they threaten our very system? Uninformed or misinformed citizens can’t vote wisely, and media, rather than promoting understanding through reasoned information, fan emotions and set the tone, far more than others, for incivility that is making us the “divided states of America,” not the United States.

“The population issue is critical to the Southwest, the nation’s fastest growing region.  We’re in prolonged drought, with it likely that iconic Lake Mead could run dry in the 2020’s. The entire Colorado River system and 50 million people could face a water crisis so catastrophic some have called in “possibly civilization-ending.”  In 2006, the nation hit 300 million people—though Clinton’s Council on Sustainability warned immigration must never drive growth—and already bumps against 330 million, to be 440 million by 2050, all unreported.”

Parker continued, “Today, on unregulated networks, we get stories, by any definition, trivial.  A cop shaving a guy or a father buying his daughter a dress, while nice, are not news.  Other stories are confined to a narrow, boringly predictable base:  racially motivated shootings, bullying, mobs destroying statues (and history), careers destroyed by unproven allegations of sexual misconduct (decades ago), livelihoods destroyed over a word—Yes, in America, for saying a word!—as talking heads cheer it on, rather than full-fill their journalistic responsibility to ask whether something profoundly dangerous is happening and if, in fact, the Fourth Estate is much of the problem.

“Critical-issues reporting—in-depth investigation—is gone. No probes of whether that Congress fails is due to the Citizen’s United Supreme Court ruling; why the Democrats—once unfailingly for low-immigration—are suddenly and without explanation for open-borders; no asking if politicians respond to medias’ agenda, rather than the peoples’ agenda; no asking why we explode our population even as we have fewer doctors per-capita than Zaire and the sick must wait months for specialist consults.

“The rest of reporting is unapologetically biased. Tariffs are only bad.  Border enforcement is bad. Illegal border crossers are solely innocent victims, all of whom must be welcomed.  Those wanting border enforcement are racists.

“This while immigration is unfailingly reported absent context that today’s numbers exceed even the Great Wave of 1880 to 1920, or why Americans then angrily demanded it end—and strangely, did so without labels of racism.  Nor are the Rockefeller, Clinton’s Council on Sustainability or black, liberal Congresswoman Barbara Jordan commission immigration reports ever mentioned. (Note that Barbara Jordan reported that endless legal immigration hurt black-Americans and should be strictly regulated in the interest of Americans.)

“A victim of this is media credibility.  What happens if someday they must be believed but—like the boy who cried wolf—no one believes them?

“Reporters globally fight—die—to report truthfully.  Here, many seem to report only what they want us to hear.  And the price of that might be the destruction of our democracy to the ends of those who now own media.”

There you have it from a longtime friend and fellow journalist who tells about the realities of what we face.  She’s as frustrated as I am because the American public possesses no idea of the depth and breadth of what’s coming with another 100,000,000 (million) immigrants by 2050.