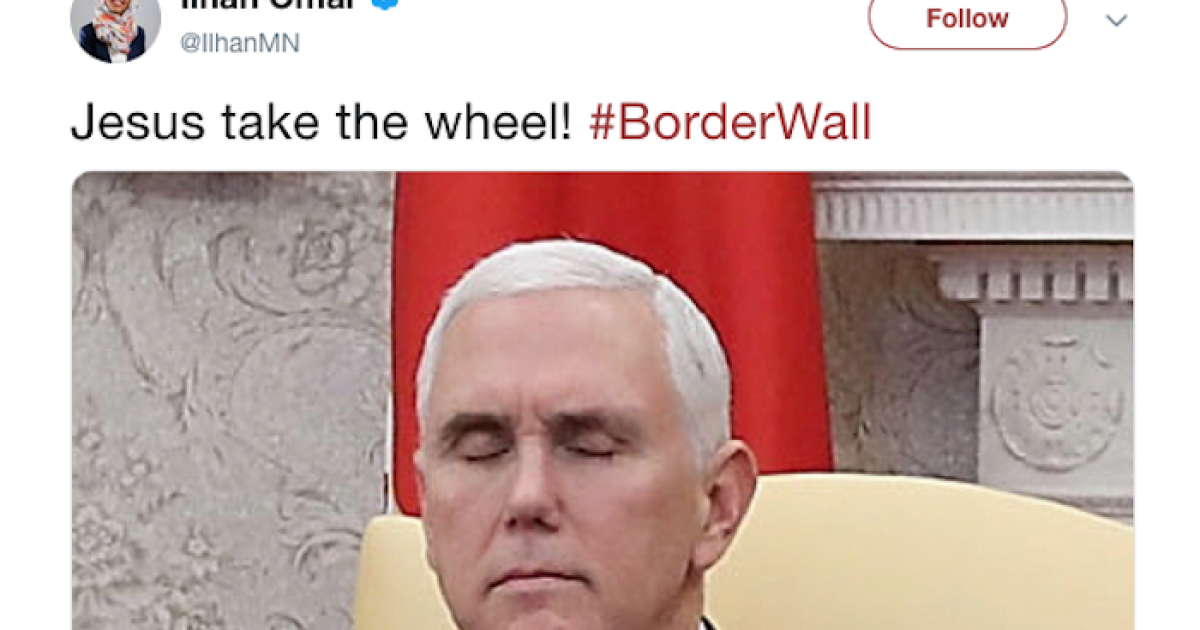 Just imagine the establishment media uproar that would ensue if Pence had mocked Omar’s faith. But in this case, Leftist “journalists” will just join in with Omar and mock Pence themselves.

One of the first two Muslim women elected to the U.S. Congress took a snide dig on Twitter at Vice President Pence for sitting with eyes closed during a heated Oval Office meeting, posting a photo with the caption, “Jesus take the wheel!” – and the other incoming Muslim congresswoman applauded the insult.