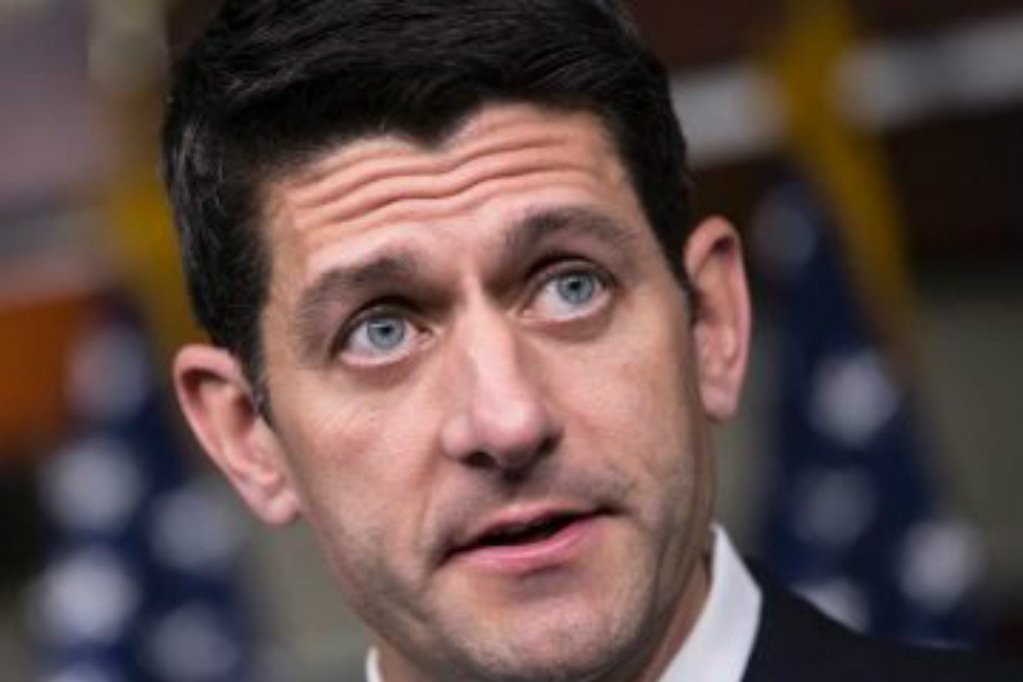 On Jan. 3 2019, current House Speaker Paul Ryan gets to retire at the ripe old age of 48, but don’t worry, as an entrenched Washington D.C. politician, we won’t be done with him at that point. He has many years of lobbying for six or seven figure salaries ahead of him until he is inevitably recycled by the GOP establishment to do what he does best: undermine and sabotage the ‘America First’ agenda of President Donald Trump.

Ryan has done such a poor job that it has become impossible for even the paid sycophants of Conservative Inc. to whitewash his record. As House Speaker, Ryan failed to fund the border wall, repeal or replace Obamacare, de-fund Planned Parenthood, or even curb porous immigration policies at all. While Trump has used his bully pulpit and executive power unlike any Republican in history to advance his agenda, backup support from the House hasn’t been there. Ryan’s lack of will has even made Senate Majority Leader Mitch McConnell look meritorious by comparison.

Much of the Republican faith were dumbfounded after last month’s elections after Democrats performed so strongly despite engaging in unprecedented histrionics in the months prior. Republicans have alleged voter fraud, which may have happened in certain areas, but that does not explain the trend as a whole. House Republicans underperformed due to the sorry leadership of Ryan. Trump supporters, many of whom hate Republicans and only switched over because of allegiance to the President, thought to themselves, “What difference does it make?” and stayed home despite their hero’s pleading to the otherwise. While Trump’s campaign rhetoric may have been exhilarating, the results have not quite matched up.

Before the crucial election, Trump was working overtime whipping voters into a frenzy, but what was Ryan doing? He was speaking meekly like an intern tasked to bring a legislator his daily cup of taxpayer-funded coffee instead of an true leader of men. When asked about border wall funding, he said: “We’ll figure out how to do it in December. I can’t speak to what the outcomes will be.” So, in other words, let’s put it off until after the election when we aren’t likely have the majority. It is no wonder why conservatives were not enthused to move mountains like they did in 2016 to keep GOP control over the House.

On other meat-and-potatoes issues for conservative voters, Ryan yet again fell way short. When it came time to de-fund Planned Parenthood, Ryan talked about it in 2017 as if it was a top priority if not a foregone conclusion. “We think reconciliation is the tool, because that gets it in law,” Ryan said in March of that same year. Only a month later, he refused to de-fund Planned Parenthood in a deficit-crushing spending bill, supposedly because reconciliation was right around the corner, but it never came. Politico reported this week that supposedly pro-life legislators have given up on the fight during the lame duck session without so much as a peep from the House Speaker about it. These shameless politicians will still use the issue as a political football on the campaign trail the next time they want your support though!

Ryan even failed to uphold the most basic of values that he alleges to hold dear. Marketing himself as a free market conservative who handed out Ayn Rand books to his underlings during the Tea Party era, Congress under his stewardship posted massive deficits rivaling even the most profligate of Barack Obama’s spendthrift years in office. It is hard to believe that Ryan was an incompetent boob, as by every impression, he seems like an astute and competent operative. When it came to policy that the corporate elite favored such as tax cuts, he jumped into action and achieved immediate results. He never failed to fund the government during the Obama years, despite the token opposition mostly for show. Ryan is likely a hostile actor sent to deceive pro-freedom Republican voters back into supporting the status quo. It would have worked too, zoinks, if not for that meddling Trump!

Conservatives like to kid that Obama’s legacy is President Donald Trump, and while that is true to an extent, there is a much deeper truth to be found in that analysis. Trump is the legacy of the entire political class of our time. From the globalist-selected puppet Presidents all the way down to the brown-nosing social-climbing bureaucrats at the lowest of levels, Trump’s election was an indictment of their way of life and their reviled system. Paul Ryan was meant to be a Republican leader for decades – a ‘Young Gun‘ leading a new breed of soulless empty suits repeating corporatist propaganda while selling America to the highest bidder – but the programming did not go as planned. Ryan will leave office in disgrace, deservedly so, and we must remain vigilant to ensure he remains on the outside looking in.