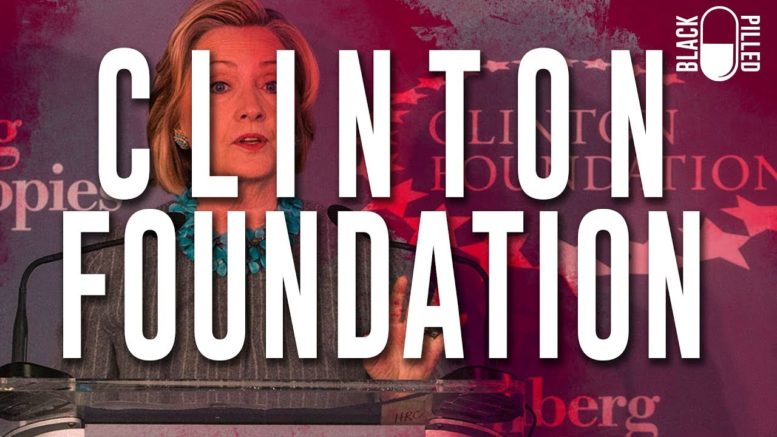 Two “forensic accountants” have found what some would claim are the “smoking guns” with regard to the apparent illegal activities of the Clinton Foundation.  I don’t want to dilute their testimony, so I defer to the video below, which ought to astonish readers regarding the apparent lack of interest in proceedings going further on investigating former President Bill Clinton and former Secretary of State Hillary Clinton.

Is The Clinton Foundation Under Investigation?
16:31 minutes

‘A foundation to hide income streams from other illegal activity’
“The only thing in the way of justice is the criminal federal government.”
“The laws don’t apply to certain people.”

A very big “hat tip” to Alexandra Bruce of Forbidden Knowledge TV [1] in her reporting on the above December 13, 2018 House Oversight Subcommittee hearing, which I respectfully quote:

I want to thank Devon Stack at Black Pilled for covering the December 13th House Oversight Subcommittee hearing on the Clinton Foundation, where forensic accountants Larry Doyle and John Moynihan described – but chose not to present their evidence – of massive bribery schemes on the part of the Clinton Foundation, while testifying before the Committee’s Republican Chairman, Mark Meadows. [CJF emphasis]

Whether rightly or wrongly, Stack unleashes his ire and puts the blame for our corrupt government – and for the money-grubbing antics of the forensic accountants seen here – squarely on the lacking ethics of the Boomer generation.

When will Justice finally take off her blindfold to look at the Clintons and the Clinton Foundation?