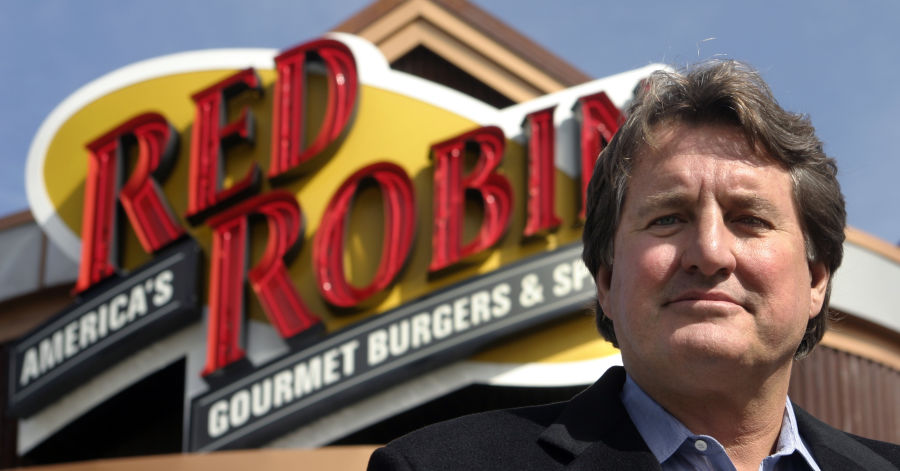 Money cannot buy sanity after all. At the age of 68, the owner of your favorite gourmet burger chain, Red Robin, has sadly taken his own life.

Michael J. Snyder was found dead in the front yard of his house in Washington on Sunday, 2nd December 2018. He is believed to have killed himself, as the police recovered a high-powered gun right next to him.

According to Chief Deputy Coroner Marshall Slight, there was no suicide note when the police recovered his body. They only found out about this tragic incident when his wife called 911.

At the age of 39, Snyder had started the company Snyder Group Co. With his brother and opened the first Red Robin franchise in Yakima, Washington in 1979. He soon opened 14 more chains in Washington, Idaho, and Colorado.

In North America, Snyder expanded his business to 566 locations in North America. That included 480 companies owned by the company itself which were located in 39 states and two Canadian provinces. With around 86 franchise locations, Snyder is believed to own around $29 million. He has remained to be the largest individual shareholder of Red Robin, with about 6.6 percent stakes.

Snyder became the CEO when the Red Robin International merged with his franchise company in the year 2000. Five years later, failure to show proper documentation for his so-called business trips on chartered aircraft lead to a federal investigation.

Later, he was dismissed from his position when he was found misusing the funds of the company. Even after that, Red Robin flourished and celebrated in 500th restaurant opening in 2014.

U.S. Securities and Exchange Commission said that after dragging for a while, Snyder agreed to pay a civil penalty of $250,000 to settle the charges for his treachery.

Regardless of all that, Snyder was always considered to be a joyful person and loved by his employees. Colleagues and friends showed condolences on his death through Facebook and Twitter, talking about what an amazing person he was.

People who worked for Snyder called him an awesome boss and an incredible person to work with. They all mourned the loss of a great man.

According to Mail Online, John Thomas wrote on his social media profile that whenever they would walk into a high-level meeting, Michael used to introduce himself as “Mike Snyder…Fertilizer.” He also said, “Mike was the best boss to work for!”

Michael’s death was much unexpected. It’s crazy how people can often hide their deepest emotions so well that nobody can even take a hint of what they must be going through.

With a year full of suicide leading from depression and other mental health conditions, it is about time people start taking this issue seriously.

Only a week before his death, Snyder seemed to be happy and living a good life when he posted a video of his three-year-old granddaughter taking ski lessons, captioning it as “joyful.” With a beautiful wife and children by his side, Snyder really looked happy and content with life.

The year 2018 has been a year of loss, with suicide taking the lives of many prominent figures like Avicii, Margot Kidder, Ellen Joyce Loo, Kate Spade and many more. It is extremely upsetting to see that from the world of glamor to the corporate world, mental struggles have been evidently increased.

It’s high time that people give each other emotional support and care in the time of need. Spread kindness and try to listen to what others may be going through. Sometimes, even one comforting word can help someone’s life.

Prayers and heartfelt condolences for the loss of those who had to go through such severe mental health conditions that they thought taking their life was the only way out.

Marc is a content writer at FeedFond. He suffers from wanderlust and occasionally complains about life. To read more of his articles, visit FeedFond.com.