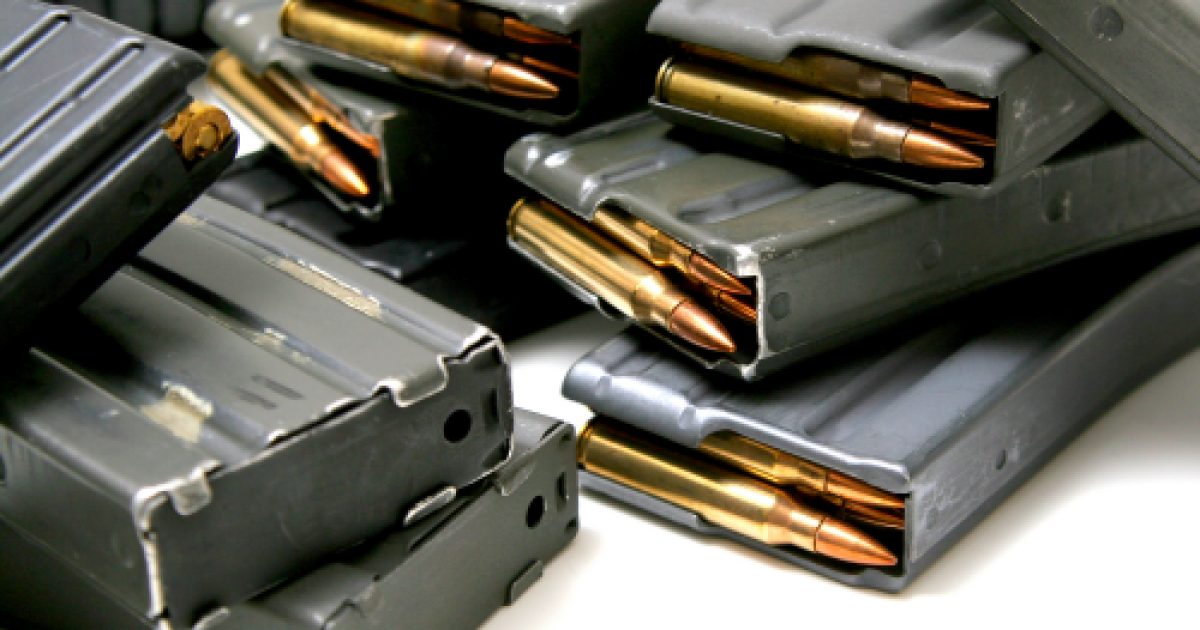 In a move more interesting than when Connecticut issued a similar ban and registration, millions of New Jersey gun owners have chosen not to comply with the state’s new pretended legislation that criminalizes anyone with a gun magazine that holds more than 10 rounds, and that person faces jail and a possible fine.

The anti-constitutional laws were signed by Governor Phil Murphy (D).

In a 2-1 decision, a panel of the U.S. Court of Appeals for the Third Circuit refused to stop the enforcement of New Jersey’s 10-round magazine ban.  Here’s the ruling.

Third Circuit Opinion on Ne… by on Scribd

Guns in the News reported:

The majority, in an opinion by Judge Shwartz and joined by Judge Greenaway, both appointed by President Obama, held that the ban did not violate the Second Amendment because it reasonably advanced the State’s interest in reducing mass shootings without severely burdening the rights of law-abiding citizens.

Judge Bibas, appointed by President Trump, authored a forceful dissent, pointing out that the majority refused to apply standard constitutional principles to the case and instead treated the Second Amendment differently than any other constitutional right.

Judge Bibas observed: “The Second Amendment is an equal part of the Bill of Rights. We must treat the right to keep and bear arms like other enumerated rights, as the Supreme Court insisted in [District of Columbia v. Heller, 554 U.S. 570 (2008)].”

He rejected what he termed the majority’s “watered down“ approach to the Second Amendment.

Bibas went on to write:

Yet the majority treats the Second Amendment differently in two ways. First, it weighs the merits of the case to pick a tier of scrutiny. That puts the cart before the horse. For all other rights, we pick a tier of scrutiny based only on whether the law impairs the core right. The Second Amendment’s core is the right to keep weapons for defending oneself and one’s family in one’s home. The majority agrees that this is the core. So whenever a law impairs that core right, we should apply strict scrutiny, period. That is the case here.

Whether strict or intermediate scrutiny applies, we should require real evidence that the law furthers the government’s aim and is tailored to that aim. But at key points, the majority substitutes anecdotes and armchair reasoning for the concrete proof that we demand for heightened scrutiny anywhere else. New Jersey has introduced no expert study of how similar magazine restrictions have worked elsewhere. Nor did the District Court identify any other evidence, as opposed to armchair reasoning, that illuminated how this law will reduce the harm from mass shootings. Id. at *12-13. So New Jersey cannot win unless the burden of proof lies with the challengers. It does not.

The lawsuit that the Court of Appeals was responding to stemmed from the actions of several pro-Second Amendment groups.

Gun owners have said the law is unenforceable, and it seems that neither the governor’s office nor state police have a clue as to how to enforce the law.

New Jersey is not saying how they plan to enforce the ban on standard capacity magazines. Gov. Murphy’s office referred AmmoLand to the New Jersey Attorney General’s office. The AG’s office refused to comment.

Sharon Lauchaire, Director of Communications for the Office the Attorney General told AmmoLand: “We do not discuss law enforcement strategies.”

AmmoLand’s sources within the New Jersey State Police that spoke on a condition of anonymity stated that they had not received any guidance on how to enforce the ban from the AG’s office. They said that there is currently no plan to investigate gun owners suspected of having the now banned magazines.

According to the source, the plan that has been discussed among officers is only to file charges against people who are guilty of other crimes. This plan might change once superiors give guidance on how to enforce the ban.

AmmoLand reached out to several local police departments in New Jersey to see how they plan on enforcing the ban and what the turn in numbers have been? Much like the New Jersey State Police, none of these departments have a concrete plan on how to proactively enforce the ban and none had a single report of magazines turned over.

That should be telling enough to know that it isn’t a law they passed, but tyranny. The Second Amendment and God-given rights overrides any of this ridiculous legislation that only will make New Jersey citizens more vulnerable to actual criminals. Mainly, the law would make criminals out of law-abiding citizens, and this law is, in fact, an ex post facto law, which is unconstitutional and unlawful.

However, we are seeing evidence that New Jersey gun owners are not complying with the ruling nor the pretended legislation.  Since the standard Ar-15-style rifle accommodates an average 30 round magazine and many handguns holds more than 10 rounds, one would think someone had been scared by the “law” or the ruling.  That had not occurred as of the weekend, more than 10 days after the ruling.

John Crump points out that they contacted several police departments to see if there was compliance with the “law.”  Here’s what he discovered.

AmmoLand also asked Gov. Murphy’s office about the number of magazines turned in by New Jersey residents. Once again AmmoLand was referred to the New Jersey Attorney General’s office.

In this case, Lauchaire would not offer a comment and referred AmmoLand to the New Jersey State Police. Lauchaire stated she was aware of AmmoLand’s previous inquire to the State Police on the number of magazines turned in meaning that State Police contacted the AG’s office about our request for information.

The New Jersey State Police have not officially responded to our request on the number of magazines that were turned over by citizens.

Two sources from within the State Police, who spoke to AmmoLand on condition of anonymity, told AmmoLand News that they both do not know of any magazines turned over to their agency and doubted that any were turned in. They also stated that the State Police also engaged the AG’s office for guidance on how to respond to inquiries such as ours. They were unaware if the Attorney General has returned to their request for guidance.

All the local police departments that AmmoLand contacted stated that they have not had any magazines turned into them.

AmmoLand has filed a Freedom of Information Act request with The New Jersey State Police to get an official count of the number of magazines turned in by New Jersey citizens.

Keep it up New Jersey gun owners.  If you stand together, then you will actually stand, but if you give in, you will all fall under the tyranny.