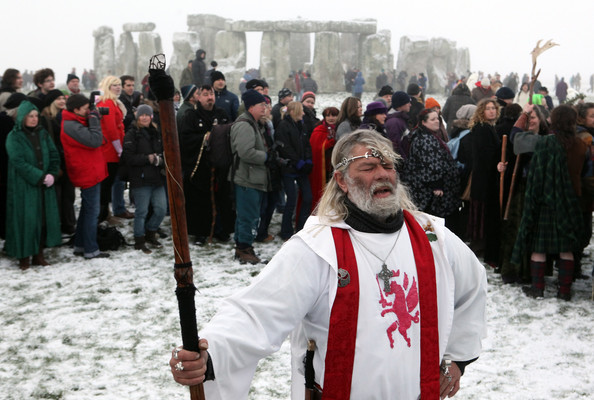 It’s generally accepted that early Christians adopted December 25th as the day of Christ’s birth to co-opt the pagan celebration of the winter solstice. Some believe this fact undermines Christianity.

But according to Professor William Tighe, this “fact” may actually be a myth.

Based on his extensive research, Tighe argues that the December 25th date “arose entirely from the efforts of early Latin Christians to determine the historical date of Christ’s death.” He also goes so far as to claim that the December 25th pagan feast of the “’Birth of the Unconquered Sun’… was almost certainly an attempt to create a pagan alternative to a date that was already of some significance of Roman Christians.”

In the Jewish tradition at the time of Christ, there was a belief in what they called the “integral age”—that the prophets had died on the same days of their conception or birth. Early Christians spent much energy on determining the exact date of Christ’s death. Using historical sources, Christians in the first or second century settled on March 25th as the date of his crucifixion. Soon after, March 25th became the accepted date of Christ’s conception, as well.

Add nine months—the standard term of a pregnancy—to March 25th, and Christians came up with December 25th as the date of Christ’s birth.

It is unknown exactly when Christians began formally celebrating December 25th as a feast. What is known, however, is that the date of December 25th “had no religious significance in the Roman pagan festal calendar before Aurelian’s time (Roman emperor from 270-275), nor did the cult of the sun play a prominent role in Rome before him.” According to Tighe, Aurelian intended the new feast “to be a symbol of the hoped-for ‘rebirth,’ or perpetual rejuvenation, of the Roman Empire…. [and] if it co-opted the Christian celebration, so much the better.”

As Tighe points out, the now-popular idea that Christians co-opted the pagan feast originates with Paul Ernst Jablonski (1693-1757), who opposed various supposed“paganizations” of Christianity.

Of course, to Christians, it really doesn’t matter that much whether or not they co-opted December 25th from the pagans, or vice versa. The Christian faith doesn’t stand or fall on that detail. But it’s nevertheless valuable for all of us to give closer scrutiny to shibboleths—such as that of the pagan origins of Christmas—which are continually repeated without being examined.  ​

Dan is a Senior Fellow at Intellectual Takeout. He received his B.A. in Philosophy and Catholic Studies from the University of St. Thomas (MN), and his M.A. and Ph.D. in Systematic Theology from Duquesne University in Pittsburgh, Pennsylvania. You can find his academic work at Academia.edu.