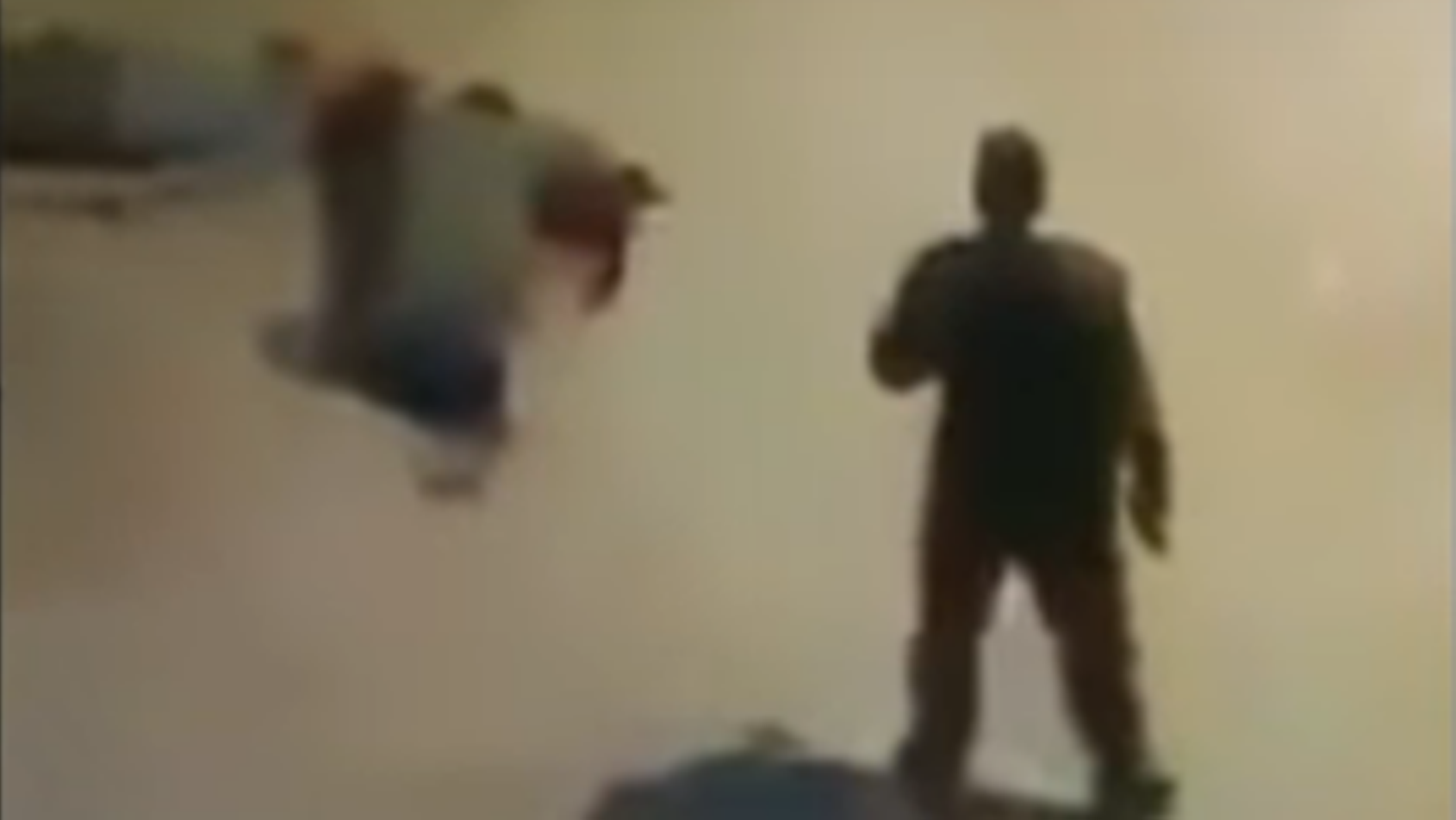 Photo: Muslim officer stands near his handiwork: the bloodied and dying bodies of two Christians.

The media silence is criminal and genocidal.

Eyewitnesses say a verbal quarrel had ensued before the officer pulled out his gun and opened fire on the two men.

Video footage of the incident shows the killer-cop brandishing his gun as he stalks around the bloodied but still moving Christians on the ground.  He loudly curses them—or all Copts in general?—as “mother-f*****s.”  Two other police officers arrive and nonchalantly watch.

The office of the prosecutor charged the murderer with “beating that led to death”—as opposed to “killing” which could lead to a death sentence; seven years in prison is the maximum penalty for the current charge.

Thousands of angry Christians attended the funeral today, chanting kyri eleison (“Lord have mercy!), and “One, two—but where are the rights of the martyrs!”

Coptic Solidarity said in a statement:

Whatever punishment—if any!—the killer policeman may end up getting, the real culprit in this heinous crime is nothing but the authorities themselves, as they have allowed impunity to killers of Copts time and again, making it easy for anybody having an argument with a Copt to pull a gun, or knife, and just kill.

The outright slaughter of Copts by Muslim officers is not unprecedented in Egypt.  In 2011 an off-duty policeman boarded a train, identified some of its passengers as Coptic Christians (based on the tattoo of the cross on some of their wrists) and opened fire, killing one elderly Christian and wounding four others — even as he shouted Islam’s war cry, “Allahu Akbar.”

More common are incidents such as that which transpired in the village of Beni Suef a few months back: a Muslim “policeman tasked with guarding the church from extremists instead aggressively entered the church and hurled insults at the congregation, calling them infidels.  The other policemen reportedly remained outside of the church during the incident.” One member of the church said, “The Christian villagers are very distressed and want a strong stand from official persons.”