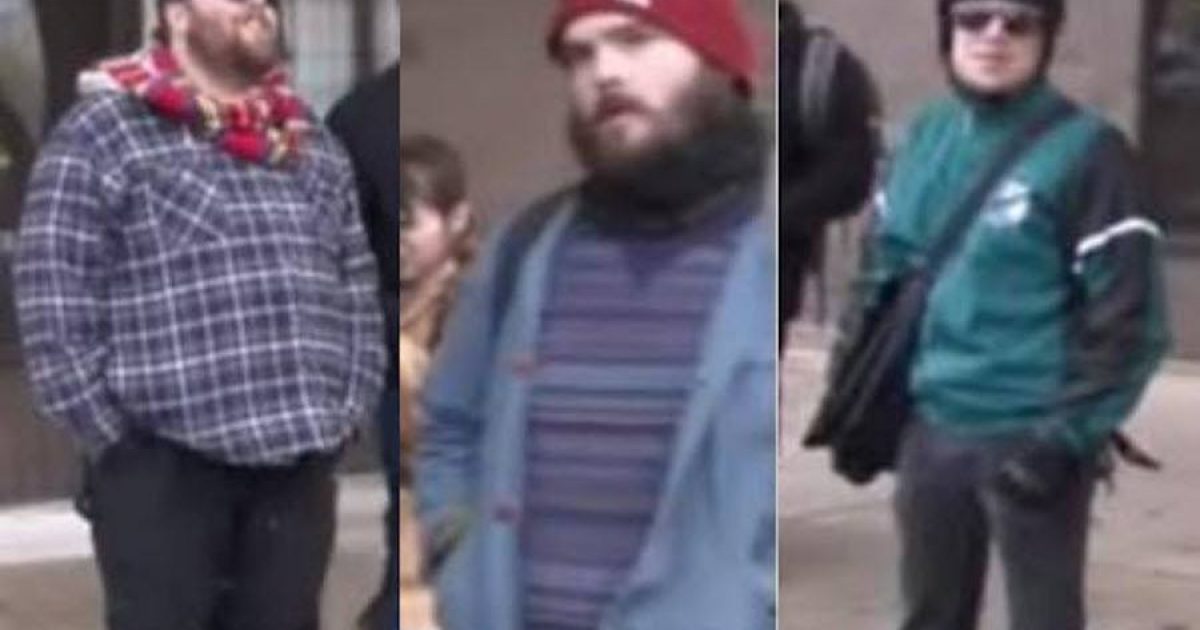 Antifa attackers Tom Keenan and Thomas Massey, as we previously reported, were charged with violently assaulting two US Marines near a “We the People” Rally in Philadelphia on November 17. In court on December 13, the two Marines testified, which shed light on the vicious hate of the men who perpetrated the attack. The two now face charges for Felony Aggravated Assault, and Conspiracy, as well as a “host of misdemeanors.” Keenan also faces a charge of Felony Ethnic Intimidation. These are the people who say they are against hate.

Marines Alejandro Godinez and Luis Torres were in Philadelphia for an event with their unit from Joint Base McGuire–Dix–Lakehurst, New Jersey. It just happened that the “We the People ” rally was also going on during that time. As they wandered the street sightseeing, they were confronted by the Antifa goons.

Spotting the two visitors, not in uniform at the time, Keenan approached and asked, “Are you proud?” according to the Marines’ testimonies.

“We are Marines,” Godinez claims to have responded, inevitably confused.

Keenan persisted with his gauche interrogation techniques. “Are you Proud Boys?” he allegedly asked, referencing one of the far right groups leading the rally.

Godinez and Torres testified that immediately after the short exchange, about a dozen people — including Keenan and Massey — attacked the two Marines, punching and kicking them, spraying them with mace and calling them “Nazis.”

“I’m Mexican!” a “bewildered” Godinez said he shouted while being attacked and called a “white supremacist.”

With that newly-discovered ethnic information, Keenan and other members reportedly shifted to racial insults, calling Godinez “spic” and “wetback,” the Marine told the judge.

Think about that. This violent group of goons who claim to be against hate are themselves pushing  hate. WHEN will people wake up? This is violence for violence’ sake.

Torres told the judge that he held his hands above his head to protect himself as Massey struck him “full force.”

Godinez testified that the crowd started chanting “F*k him up” and maced him about six times, “stomped, kicked in the side and hit in the head.” It made it extremely difficult to call 911 when he couldn’t see the display on his cell phone.  Godinez still suffers repercussions from the attack, and may require surgery.

Torres was eventually able to call police, and the two were transported to the hospital.

The defense attorney described this incident as a “tussle.” By no means was this a “tussle.” It was an out and out attack on two service members who were just out to see the sights. Fortunately, the judge didn’t agree with the defense either.

Antifa is a violent anarchist, communist, hate group, and is espoused by many Democrats who refuse to disavow their  actions.  Will they ever wake up?