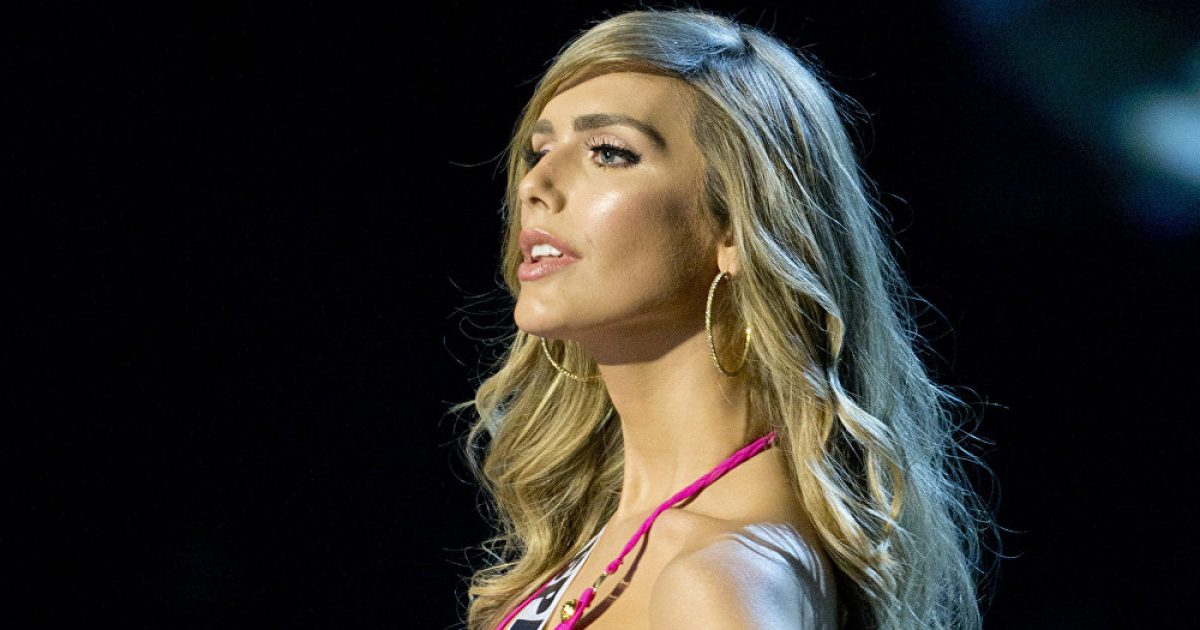 A man, who entered the Miss Universe contestant, posing as a woman is being praised by feminists and the media all over.  Angela Ponce, better known as Miss Spain, didn’t win the crown, but he’s garnering lots of attention for being the first man who castrated himself and dressed as a woman to enter the Miss Universe pageant.

“A walk to remember. A historic night for #MissUniverse,” the pageant tweeted on Sunday evening.

A walk to remember. A historic night for #MissUniverse. pic.twitter.com/wWT5TmWCRp

“This is for you, for those who have no visibility, no voice, because we all deserve a world of respect, inclusion and freedom,” Ponce wrote on Instagram. “And today I am here, proudly representing my nation, all women and human rights.”

Wait, what?  This is no more “women’s rights” than the other man with his penis and testicles intact was who beat out women in a bicycle race.

Ponce claimed that he wanted to spread the message of “equality, respect, inclusion and love.”

My National Costume in Miss Universe is a traditional Spanish “bata de cola”. This is an iconic piece in Spain, also known all over the world; it is a precious reference of my country. To make this wonderful National Costume, @luisfernandezdisenador was inspired by a number of things. The first one being the white villages of Andalusia, since we wanted to honor where I come from (Seville). The white of the villages, of purity… White representing peace, the peace that I bring as my message hand and hand with equality, respect, inclusion and love. A white ‘bata de cola’ that crosses a river of beautiful red carnations made by @hatsbyroiz. Secondly we had the carnations as inspiration because they are the most typical and recognizable flower of my beautiful country. For that reason I wanted this flower and its color because it represents the love that, as Miss Universe Spain 2018, I’m transmitting to the whole world. That is the motivate behind a river of red carnations shaped around my head and body, almost as a Spanish flag. As complements, I carried a fan to expand the scent of our land, a beautiful tortoise-shell & Swarovski clip that crowns my head as Miss Universe Spain 2018.

If that wasn’t perverted enough, Ponce stated, “I always say: having a vagina didn’t transform me into a woman. I am a woman, already before birth, because my identity is here.”

“I’m showing that trans women can be whatever they want to be,” Ponce told Time. “A teacher, a mother, a doctor, a politician and even Miss Universe.”

Sadly, too many people in America and across the world are buying into this mental illness as they reject the Creator…

and the Creator rejects them.

18 The wrath of God is being revealed from heaven against all the godlessness and wickedness of people, who suppress the truth by their wickedness, 19 since what may be known about God is plain to them, because God has made it plain to them. 20 For since the creation of the world God’s invisible qualities—his eternal power and divine nature—have been clearly seen, being understood from what has been made, so that people are without excuse.

21 For although they knew God, they neither glorified him as God nor gave thanks to him, but their thinking became futile and their foolish hearts were darkened. 22 Although they claimed to be wise, they became fools 23 and exchanged the glory of the immortal God for images made to look like a mortal human being and birds and animals and reptiles.

24 Therefore God gave them over in the sinful desires of their hearts to sexual impurity for the degrading of their bodies with one another.25 They exchanged the truth about God for a lie, and worshiped and served created things rather than the Creator—who is forever praised.Amen.

26 Because of this, God gave them over to shameful lusts. Even their women exchanged natural sexual relations for unnatural ones. 27 In the same way the men also abandoned natural relations with women and were inflamed with lust for one another. Men committed shameful acts with other men, and received in themselves the due penalty for their error.

28 Furthermore, just as they did not think it worthwhile to retain the knowledge of God, so God gave them over to a depraved mind, so that they do what ought not to be done. -Romans 1:18-28

The hope for Mr. Ponce is the same for any human living:  The Gospel message of Jesus Christ.  Those at war with God by violating His law and twisting His truth to accommodate their own lusts, must repent and turn to God, seeking forgiveness and redemption in the person and work of the Lord Jesus Christ, then deny themselves, and follow after the Christ.

Martina Markota had some comments on Ponce and the pageant and the hypocritical feminists supporting Ponce.

For All The Big Tech Censors Out There, This Is An Article About Nothing
January 19th, 2021 Sons of Liberty Media

Situation Update – Dems build walls around Trump and DC to...