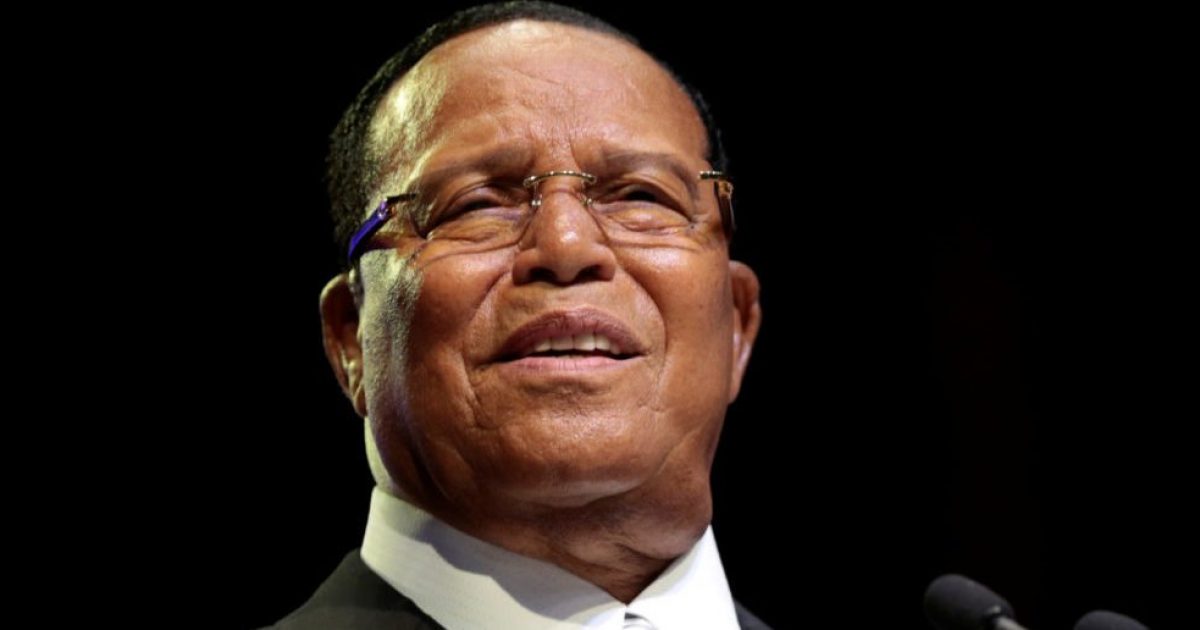 Islam and the Nation of Islam should never be supported by our government simply because both are completely antithetical to the united States.  Yet, Both the Obama and Trump administrations have funded the Nation of Islam to the tune of hundreds of thousands of dollars of your money to teach prisoners.

According to the Washington Examiner, which reviewed records on the matter:

The Nation of Islam and its leaders have received hundreds of thousands of dollars from the U.S. government since 2008 to teach religious study programs for federal prison inmates, according to records reviewed by the Washington Examiner.

A black nationalist group led by Louis Farrakhan, the Nation of Islam preaches that white people are “blue-eyed devils” and Jews are “the synagogue of Satan.” Its leaders have received at least $364,500 in contracts and awards from the U.S. Bureau of Prisons and the Department of Justice between fiscal 2008 and fiscal 2019.

Still, one has to wonder how this is constitutional and why anyone would see funding the Nation of Islam in anything as a good thing.

Mark Potok, a senior fellow at the Centre for Analysis of the Radical Right, called the funding “really outrageous and remarkable.”

“I can’t imagine the reason why the federal government would have any obligation to give any money to the Nation of Islam or its proponents, and it seems quite incredible if they do,” said Potok.

Potok cited a court ruling in 2003 which prohibited the federal prison system from banning Nation of Islam reading materials on First Amendment grounds, but pointed out that there is no obligation, and I might add authority, for the federal government to provide one sent to the Nation of Islam.

The Nation of Islam and its leaders have received hundreds of thousands of dollars from the U.S. government since 2008 to teach religious study programs for federal prison inmates.

However, as Christine Douglass-Williams points out:

But this is the mindset of Nation of Islam’s leader Louis Farrakhan::

White folks are going down. And Satan is going down. And Farrakhan, by God’s grace, has pulled the cover off of that Satanic Jew and I’m here to say your time is up, your world is through

Is this tolerance? Is this an effort against racism? This is what taxpayers of America have been paying to have spread in the nation’s federal prisons: intolerance, hatred, racism, and anti-Semitism. What will these prisoners be like when they are released?

This is an organization who leader, Louis Farrakhan has blasted America from a foreign country by saying “Death to America!” and referencing America as the “Great Satan.”

He should have been arrested for treason as soon as he stepped foot back on American soil.

He is a hater of Jews and White People, even calling on 10,000 Muslims to murder white people.

He has called for rampant murder.

Farrakhan has been supported by the likes of Muslim Keith Ellison, who just became attorney general in the State of Minnesota, largely due to massive voter fraud.  Farrakhan is also supported by other Democrats, the ungodly Women’s March, as well as the Democratic Socialists of America.

And let’s not forget the New York Police Officer who was killed by the Nation of Islam.

Here’s just a few stories to further point out just what the movement is about by identifying its leader.

If you have any question about the goals of the Nation of Islam, they are the same as Islam.  Just take a look at these quotes here to see for yourself.

and the Nation of Islam.