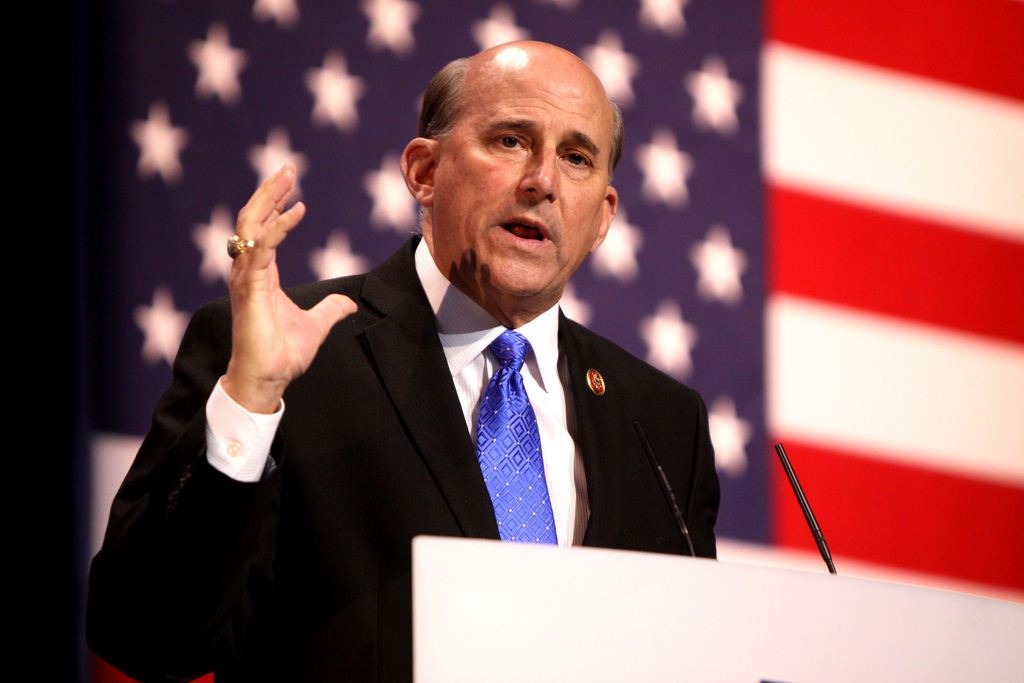 Texas congressman Louie Gohmert has introduced a bill to remove social media companies’ “special legal protections” if they behave like biased publishers rather than neutral platforms.

From Gohmert.house.gov, “Gohmert Introduces Bill That Removes Liability Protections for Social Media Companies That Use Algorithms to Hide, Promote, or Filter User Content”:

Rep. Louie Gohmert (TX-01) released the following statement regarding the introduction his bill, H.R.7363, that amends section 230 of the Communications Act of 1934:

“Social media companies like Facebook, Twitter, and Google are now among the largest and most powerful companies in the world. More and more people are turning to a social media platform for news than ever before, arguably making these companies more powerful than traditional media outlets. Yet, social media companies enjoy special legal protections under Section 230 of the Communications Act of 1934, protections not shared by other media. Instead of acting like the neutral platforms they claim to be in order obtain their immunity, these companies have turned Section 230 into a license to potentially defraud and defame with impunity.”

“Representatives of social media companies have testified in Congressional hearings that they do not discriminate against or filter out conservative voices on their platforms. But for all their reassurances, the disturbing trend continues unabated. Employees from some of these companies have communicated their disgust for conservatives and discussed ways to use social media platforms and algorithms to silence and prevent income to conservatives.”

“In one hearing, one of the internet social media executives indicated a desire to be treated like Fox News. Fox News does not have their immunity and this bill will fulfill that unwitting request. Since there still appears to be no sincere effort to stop this disconcerting behavior, it is time for social media companies to be liable for any biased and unethical impropriety of their employees as any other media company. If these companies want to continue to act like a biased medium and publish their own agendas to the detriment of others, they need to be held accountable.”

This bill is a great first step towards reigning in these biased social media companies.

Apple CEO Tim Cook suggests it's "a sin" to not ban certain people from social media and technology platforms: "We only have one message for those who seek to push hate, division, and violence: You have no place on our platforms. You have no home here." pic.twitter.com/gO5qB6bBuO

The censorship they’re carrying out now — which is beyond anything George Orwell could even dream of — is only just the beginning.

.@Tim_Cook embodies ADL's mission of fighting hate, and securing justice and fair treatment to all. His words inspire us to keep up the good fight. #NeverIsNow pic.twitter.com/DisY4Tmffy

Berkeley activists are working with the ADL to create an artificial intelligence system to identify “hate speech” on social media and automatically censor everyone in real time:

Mark Zuckerberg alluded to such a system in April when he testified to the Senate that he’s “optimistic” that “artificial intelligence tools” will be able to flag “hate speech” immediately within five to ten years.

Zuckerberg says Facebook is working on AI that can monitor hate speech but determining what violates its rules is "very linguistically nuanced" pic.twitter.com/NqkzCNjS9c