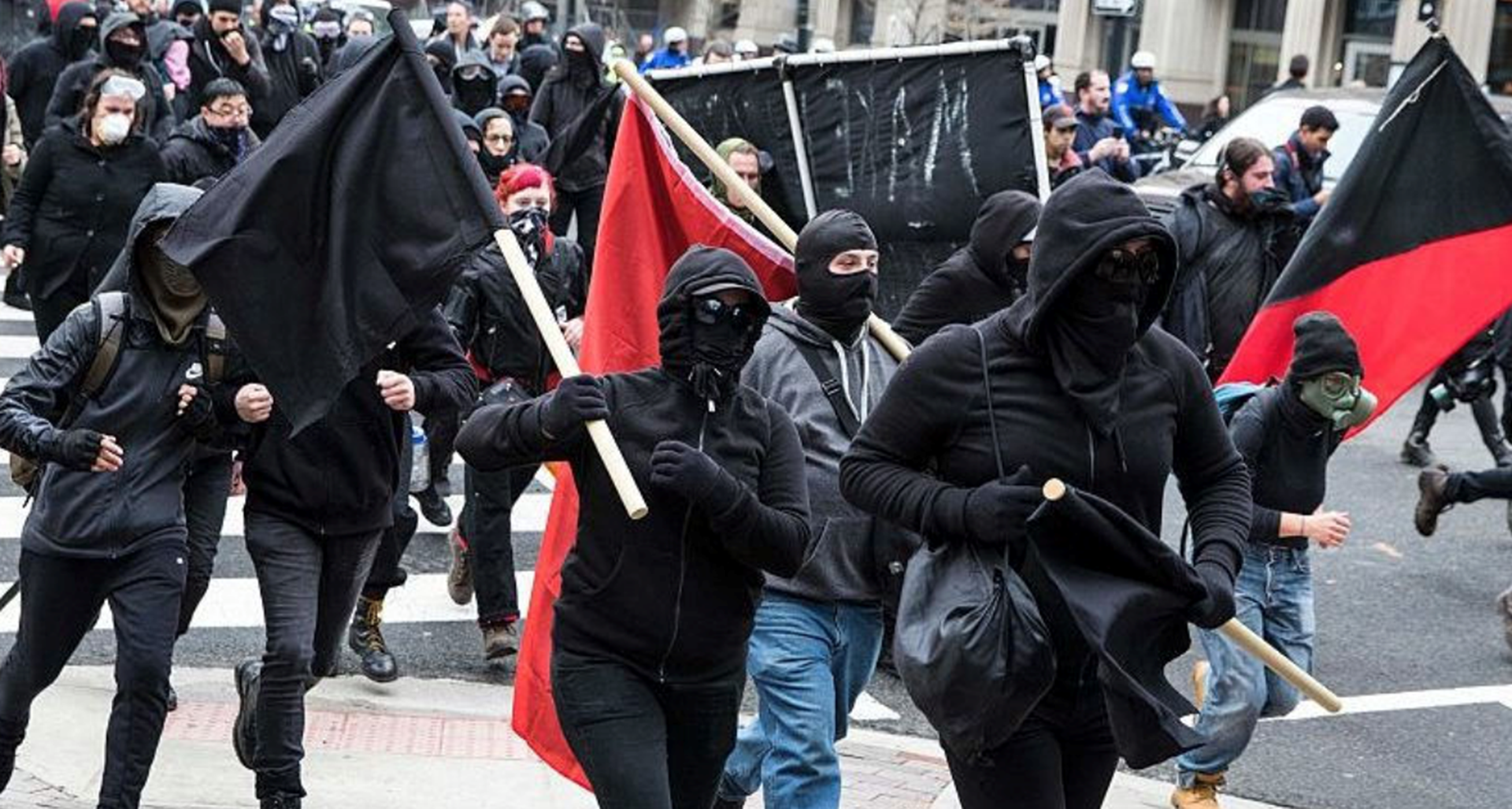 On March 23, 1919, Benito Mussolini, an Italian veteran of the Great War and a publisher of socialist newspapers, created the Fasci di Combattimento (commonly known as the Fascist Party) with the help of a few syndicalist friends.

Nearly one hundred years later, the word fascism remains at the forefront of our political discourse even though fascism is all but dead as a political force, and the word has lost much of its meaning (if not its power).

So why are we still talking about fascists?

The Rise of Antifa

On November 8, the late-night TV host Stephen Colbert took to Twitter to condemn a mob that had attacked the home of Fox News host Tucker Carlson.

“Fighting Tucker Carlson’s ideas is an American right,” Colbert wrote. “Targeting his home and terrorizing his family is an act of monstrous cowardice. Obviously, don’t do this, but also, take no pleasure in it happening. Feeding monsters just makes more monsters.”

The attackers consisted of a group who called themselves Antifa. Few Americans had heard the word “Antifa” prior to 2016. But that’s no longer the case.

In addition to the attack on Carlson’s home, numerous high-profile incidents involving Antifa—the “Battle of Berkeley,” the tragedy in Charlottesville, and a series of street battles in Portland—have thrust the loosely organized political group into the national spotlight. (It’s difficult to miss gangs of black-clad individuals who wear masks, tote weapons, and pick fights with political opponents.)

Antifa, if you have not already guessed, is short for anti-fascism. Conduct a Google search, and you’ll see Antifa oppose fascist ideologies, people, and groups.

This is part of the brilliance of Antifa. Unlike most fringe political groups, Antifa is not named for something. Their name expresses opposition to an ideology, one that is at once vile and nebulous.

More than seven decades ago, the British writer George Orwell observed that the term fascism had lost any coherent meaning.

“The word Fascism has now no meaning except in so far as it signifies ‘something not desirable,’” Orwell wrote in his essay “Politics and the English Language.”

Because of the ambiguous nature of the word, Antifa and other alt-left groups have been able to brand thinkers as diverse as Charles Murray, Christina Hoff Sommers, Jordan B. Peterson, and Ben Shapiro as “fascist.”

Moreover, by branding themselves as “antifascist,” Antifa inoculate themselves from the criticism that usually is directed toward extremist groups.

Colbert’s condemnation of Antifa’s attack on Tucker Carlson’s home notwithstanding, there has been a cultural reluctance to condemn Antifa’s political violence and tactics.

In 2017, following the tragic events in Charlottesville, which involved a showdown between white supremacists and Antifa members, former Republican presidential candidate Mitt Romney said it was wrong to equate fascists and anti-fascists.

“No, not the same,” Romney tweeted. “One side is racist, bigoted, Nazi. The other opposes racism and bigotry. Morally different universes.”

Fascists and Antifa: Not as Different as You Think

Romney expressed a common belief, but Antifa is hardly the polar opposite of fascism. An examination of Antifa and the fascists of the 1920s and 1930s reveals striking similarities.

Many historians and political writers describe fascism as a right-wing movement, and the claim has an element of truth to it. When Mussolini and his syndicalist friends created the Fasci di Combattimento, it’s true they embraced Italian nationalism. Yet the party also called for the seizure of church lands, the confiscation of finance capital, and the abolition of the Italian monarchy and Senate.

In fact, Mussolini was an ardent Marxist for years. The son of a socialist-anarchist craftsman, he was well-versed in the works of Karl Marx, whom he praised as “a magnificent philosopher of working-class violence.” The extent to which Mussolini’s fascists simply copied their socialist predecessors has often been overlooked.

In his magnum opus Modern Times, the historian Paul Johnson explains that Mussolini was highly influenced by Kurt Eisner, who was cited several times in Mussolini’s fascist programme. Eisner’s “Bavarian fighting squads,” which inspired Mussolini’s Fasci di Combattimento, were themselves inspired by Lenin’s “men in black leather jerkins,” Johnson points out. Mussolini’s use of the term “vanguard minorities” to describe the shock troops of his revolution was almost certainly inspired by Lenin’s “vanguard fighters” (a term Lenin first used in 1903).

Communists and fascists of the 1920s and 1930s were unified by one thing above all else: their willingness to use political violence to achieve political goals. Mussolini, like Lenin, had no qualms about using violence in his effort to “make history, not endure it” (a Marx quote Mussolini was fond of employing).

The Perils of a Philosophy of Violence

The use of violence to attain political goals is a stance Antifa similarly embraces.

Antifa openly advocates and employs violence and intimidation. Like Mussolini’s “vanguard minorities,” they dress in black garb (though Antifa members often also cover their faces) and use intimidation and violence to prevent political opponents from assembling. These tactics include launching feces at law enforcement and using bricks, bats, chains, and knives in their street wars.

The methods are ostensibly reserved for fascists, yet so many have shown a willingness to overlook the fact that Antifa is employing fascist tactics. Antifa is given a pass because labeling the other side as “fascist” automatically makes them “good,” for they are the ones fighting against fascism. It’s a brilliant rhetorical trick. As Chris Cuomo said in defense of Antifa on a carefully-worded CNN segment in August, “fighting against hate matters.”

In a moral universe where the ends justify the means, using fascist tactics to fight fascists (or people deemed fascists) is entirely proper. The dangers of embracing the philosophy of violence, however, are severe. For as Solzhenitsyn observed, the first casualty of violence is the truth.

“Violence does not live alone and is not capable of living alone: it is necessarily interwoven with falsehood,” the Russian writer observed prior to his exile from the Soviet Union. “Any man who has once acclaimed violence as his method must inexorably choose falsehood as his principle.”

Solzhenitsyn’s point is one Antifa should seriously consider. If they do not, and they persist in their defense and employment of violence as a means to their political ends, Antifa will continue to be “interwoven with falsehood.” Their grandiose aims will prove as empty and sterile as those of the Jacobins and Bolsheviks who preceded them.

In our next piece on the rise of Antifa, we will explore the root of their philosophy and examine precisely why they think it’s justifiable to use fascist techniques in the name of fighting fascism.

Tyler Brandt is a Content Associate at FEE. He is a graduate of UW-Madison with a B.A. in Political Science. In college, Tyler was a FEE Campus Ambassador, President of his campus YAL chapter, and Research Intern at the John K. MacIver Institute for Public Policy.