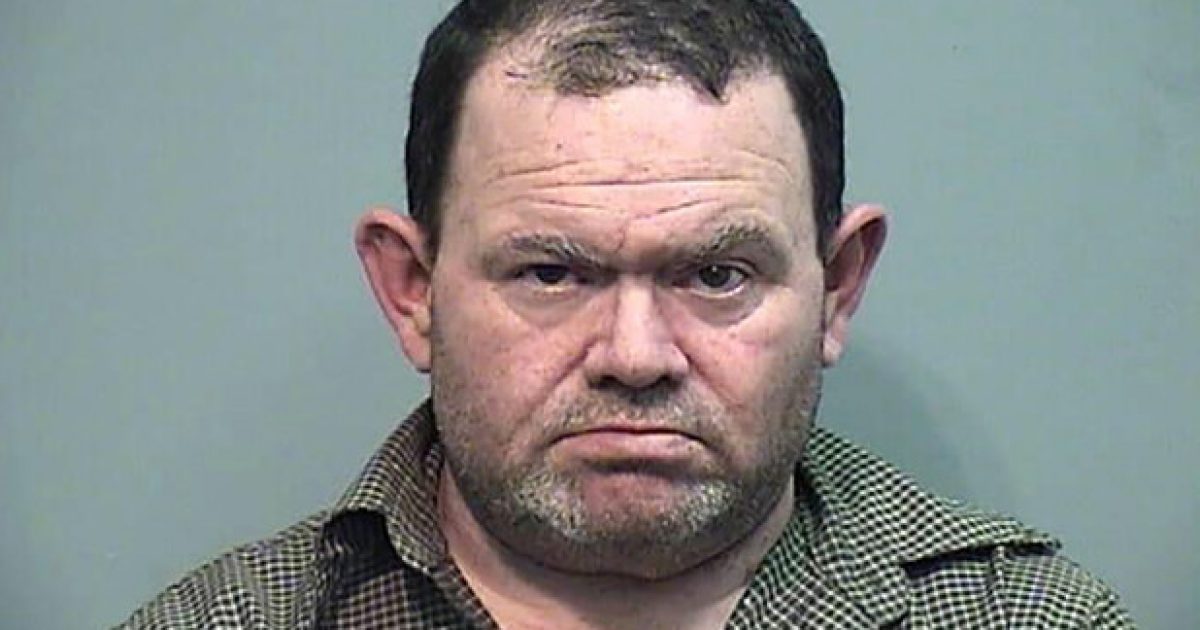 A Georgia Walmart Santa was arrested, along with 3 other suspects, in the deaths of his two children, who were found buried in his back yard.

Elwyn Crocker Sr., who turned 50 on Christmas, and until recently, worked as a Santa at a store in Rincon was arrested along with three others after Deputies searched his home on a tip and were directed to the children’s graves by their father.

The remains of Elwyn Crocker Jr., a 14-year-old who vanished two years ago, and his sister Mary, 14, who was last seen in October, were dug up in Guyton last week.

“The cause and manner of death is still pending,” coroner David Exley said on Monday, adding it could take weeks.

Deputies went to the house after a tipster called 911 to express concern regarding the whereabouts of the girl. An interview with the father, Elwyn Crocker Sr., revealed information that sent deputies to check the backyard for the bodies.

The father, who turns 50 on Christmas and until recently played Santa at a nearby Walmart in Rincon, has been charged with child cruelty and concealing a death. The same charges have also been filed against his wife, Candice Crocker, 33, her mother, Kim Wright, 50, and Wright’s boyfriend, Roy Anthony Prater, 55. All lived in the home and could face additional charges, authorities have said. They remain in the county jail without bond.

Sheriff’s Office spokeswoman Gena Sullivan said deputies had only ever been called to the home for complaints about a couple of pit bulls, but they have now been told the family was reported in the past to the Division of Family and Children Services. The agency declined to comment, as it doesn’t speak about particular cases. The Crocker children had been enrolled in Effingham County schools but were withdrawn for home school before they were last seen, Savannah TV station WTOC reported.

The deaths have shaken the town, which is an old farming community, home to fewer than 2,000 people.

“So we have to dig into that further,” she added.

“The biggest question some of us are asking is, how did the little boy go missing for two years and nobody identified that?” Sullivan said.

Neither child had an official missing report filed.

Both of the children were students in the Effingham County School District. On Thursday, district officials issued the following statement to News 3:

Mary Crocker and Elwyn Crocker, Jr were both formerly enrolled in the Effingham County School System.  Mary was last enrolled in our system during the 2017-2018 school year as a 6th-grade student at Effingham County Middle School.  Elwyn, Jr was last enrolled through January 2014 as a 6th-grade student at South Effingham Middle School.  Mary attended ECMS through the end of the 2017-2018 school year.  The school was notified at the start of this year that she was being enrolled in a homeschool program. Elwyn was withdrawn on 1/10/2014 from SEMS.   The information on record indicates that both students transferred to a homeschool program at the time of withdrawal.

The school system would not say whether the children’s guardians signed the withdrawal forms.

At least one neighbor told WSAV that he had witnessed Crocker digging in the area where the bodies were discovered.

“Other kids said at school they could tell stuff was wrong with her hands. They were red,” neighbor Gary Bennett told WTOC. “That was from being out in the yard, out there most of the time working …”

Sullivan urged the public to come forward if they witnessed anything regarding Crocker or others or the children.

“If you saw someone in the back digging, if you saw a little girl wandering around, anything,” she said.  “Anything that you thought might have been a little strange at the time, but now you realize it could be very pertinent to this case,” said Sullivan, urging the public to come forward with information.

“If you dealt with these children in school and you noticed anything,” Sullivan continued.  “If you called DFACS because these children were malnourished or bruised up, or anything. Anything that anybody saw we need them to call the sheriffs office and talk to one of our detectives.

Police would not confirm whether they had yet contacted the children’s mother who lives in South Carolina.