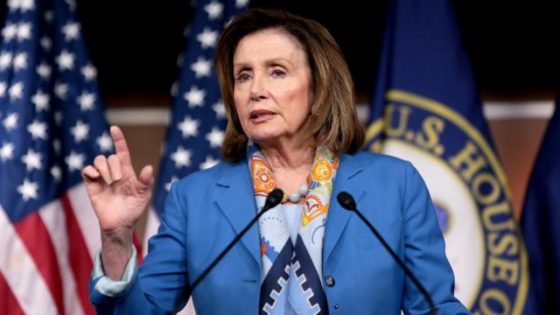 Two top Democrats – Nancy Pelosi and Chuck Schumer – have posted identical “orange man bad” Tweets, which has breathed fresh life into the infamous “NPC” (non-player character) meme. Pelosi and Schumer have both been accused of being Trump-hating automatons after the curious stunt.

The two politicians are now, even more so, the laughing stock of the Twitter world. According to a tweet from Mark Dice, they didn’t even bother to put the DNC (Democratic National Committee) talking points in their own words. Is this simply a matter of copy and paste in true NPC form?

Some even pointed out that these were not the only Tweets that were identical:

According to RT, Schumer posted his Tweet first, and within 30 minutes, the exact same Tweet appeared from Pelosi. Both were meant to be “Christmas Eve warnings.” The lawmakers also posted a series of nearly-identical follow-up messages, lambasting the president for shutting down the government and building up for the fear-mongering that will ramp up as the shutdown drags on.

The lazy messaging strategy provoked a snark storm on Twitter, with many users dusting off their favorite NPC meme to satirize the herd-mentality hatred of the president.

Holy smokes. They are literally NPCs. They think and speak EXACTLY alike! pic.twitter.com/B3pg3uwinG

The NPC meme gained worldwide popularity ahead of the November midterm elections earlier this year. In October, Twitter deleted an estimated 1,500 accounts that used the meme to mock liberal conformity, claiming they were Russian bots. Twitter has been widely accused of leftist bias and censorship of conservative voices.

While Schumer and Pelosi bemoaned the tanking stock market (and rightly so) they didn’t express any individuality when posting their tweets. Democrats have long been advocates of groupthink and conformity, so it really isn’t that big of a surprise that these two are exactly alike and have no individual thoughts of their own to express.