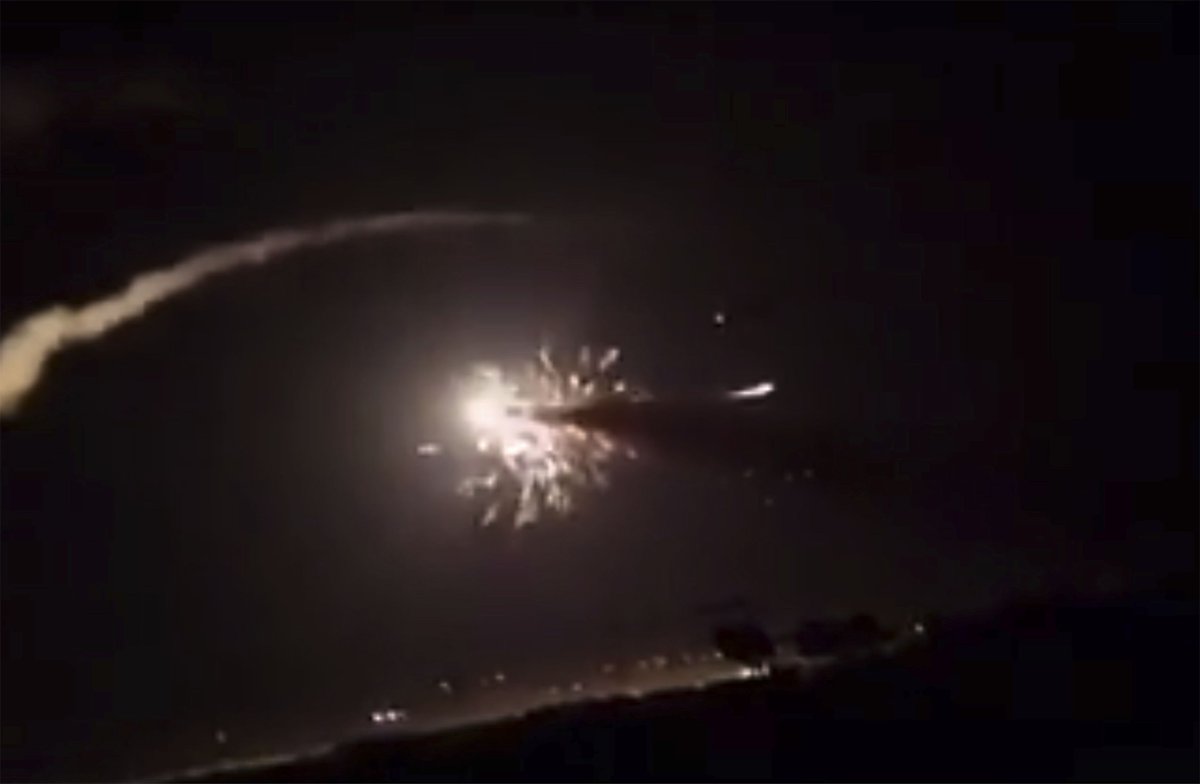 Israel may have tried to trick Syria into shooting down two civilian airplanes with their latest airstrike carried out on Christmas Day, according to report released Wednesday.

The Israeli Air Force (IAF) carried out its recent airstrikes in Syria when two civilians planes were landing in Beirut and Damascus, putting passengers at risk, Igor Konashenkov, a spokesman for the Ministry of Defense (MoD) of Russia told reporters on December 26.

“Provocative acts by the Israeli Air Force endangered two passenger jets when six of their F-16s carried out airstrikes on Syria from Lebanese airspace,” RT quoted the spokesman as saying.

According to Konashenkov, the Syrian Arab Air Defense Forces (SyAADF) delayed the deployment of surface-to-air missiles and electronic jamming “to prevent a tragedy.” Meanwhile, the Damascus air traffic control diverted one of the passenger jets to a reserve airport in Khmeimim in southern Lattakia.

Friends in Damascus sent me this video of the alleged Israeli attack in the city.
The Tel Aviv regime have no respect for the thousands of Syrians celebrating a national and religious holiday today. Instead they chose to Terrorise the residents with their military violations pic.twitter.com/37SXb72YYp

Konashenkov said that 6 Israeli F-16 warplanes used 16 US-made GPS-guided GBU-39 Small Diameter Bombs (SDBs) in the attack, which occurred at the late hours of December 25. Only 2 SDBs managed to hit their targets, while the rest were intercepted by the SyAADF.

Israeli media claimed that Israeli warplanes struck a shipment of Iranian-made Fajir-5 rockets, which was on its way to Hezbollah. However, the Ministry of Defense of Syria said that the “aggression” targeted an ammo depot of the Syrian Arab Army (SAA) injuring three service members.

Last September, a Russian Il-20 plane was downed by Syrian air defense firewhen Israeli warplanes used it as a cover to strike targets on the Syrian coast. The recent airstrikes show that Israel is now using the same tactic with civilian planes, which endangers the flights not only over Syria, but also over Lebanon and Jordan.

If Syria had shot down two civilian planes on Christmas Day right after Trump announced he was pulling out of the country, the pressure to reverse his decision would have been tremendous.