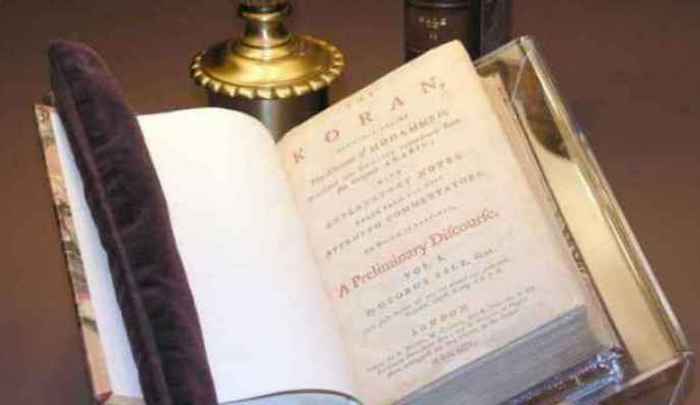 Editor’s Note:  Here’s what Rashida Tlaib and other Muslims who want to swear in on Jefferson’s Koran won’t tell you:  Jefferson got it so that he might understand his enemies and defeat them, which were Islamists like Tlaib.  America would be wise to do the same instead of believing there is such a thing as “moderate” Islam and that “jihad” is anything other than a holy war against non-Muslims and hypocritical Muslims.  The first step in defeating Islam is to actually acknowledge what it is:  A doctrine of demons political/religious system inspired by a demon-possessed, pedophile, desert nomad.  The question I have is, why are we accommodating our enemies?  Muslims were at the beginning of America… they were our enemies, not our friends.

Tlaib’s statement here is part of the ongoing effort to rewrite early American history to put Muslims in it, and to recast Thomas Jefferson as an Islamophilic multiculturalist. Reality was different. Jefferson owned a Qur’an because he understood that one must know one’s enemy in order to know how to defeat him. In 1786, Jefferson and John Adams met in London with Sidi Haji Abdrahaman, the eyalet (administer) of Tripolitania’s ambassador to London. Jefferson recounted in a letter to Congress what Abdrahaman’s response was when he and Adams asked him “concerning the ground of the pretensions to make war upon nations who had done them no injury”:

The ambassador answered us that it was founded on the Laws of the Prophet, that it was written in their Koran, that all nations who should not have answered their authority were sinners, that it was their right and duty to make war upon them wherever they could be found, and to make slaves of all they could take as prisoners, and that every Mussulman who should be slain in battle was sure to go to Paradise.

Thus it had been since the beginning of Islam, and thus it would remain. This particular eruption of the long hostility that Barbary piracy represented came to a head in 1801, when Yusuf Karamanli, the bashaw of Tripoli, increased his demands on an already cash-strapped republic, demanding 220 thousand dollars up front and twenty-five thousand dollars each year from the United States. The new president, Jefferson, opted to go to war rather than continue paying these increasingly exorbitant tributes. Emerging victorious against the Barbary states in 1805 and again in a second war in 1815, the Americans freed themselves from paying tribute and put an end to this long episode of jihad on the high seas.

Get more details about this first American defense against the jihad in The History of Jihad From Muhammad to ISIS.

US Congressman Rashida Tlaib revealed that she will be sworn in as a member of the US Congress by swearing on an English translated copy of the Quran, by George Suss in 1734, a copy obtained by Thomas Jefferson, the third president of the United States.

According to the Detroit Free Press, Tlaib will borrow this version of the Qur’an from the Rare Books and Special Collections section of the Library of Congress.

“It’s important to me because a lot of Americans have this kind of feeling that Islam is somehow foreign to American history,” said Tlaib, “Muslims were there at the beginning. … Some of our founding fathers knew more about Islam than some members of Congress now.”…

Talib also decided to wear a traditional Palestinian thobe (dress) on the day she is sworn in into US congress. 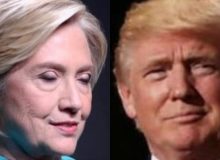