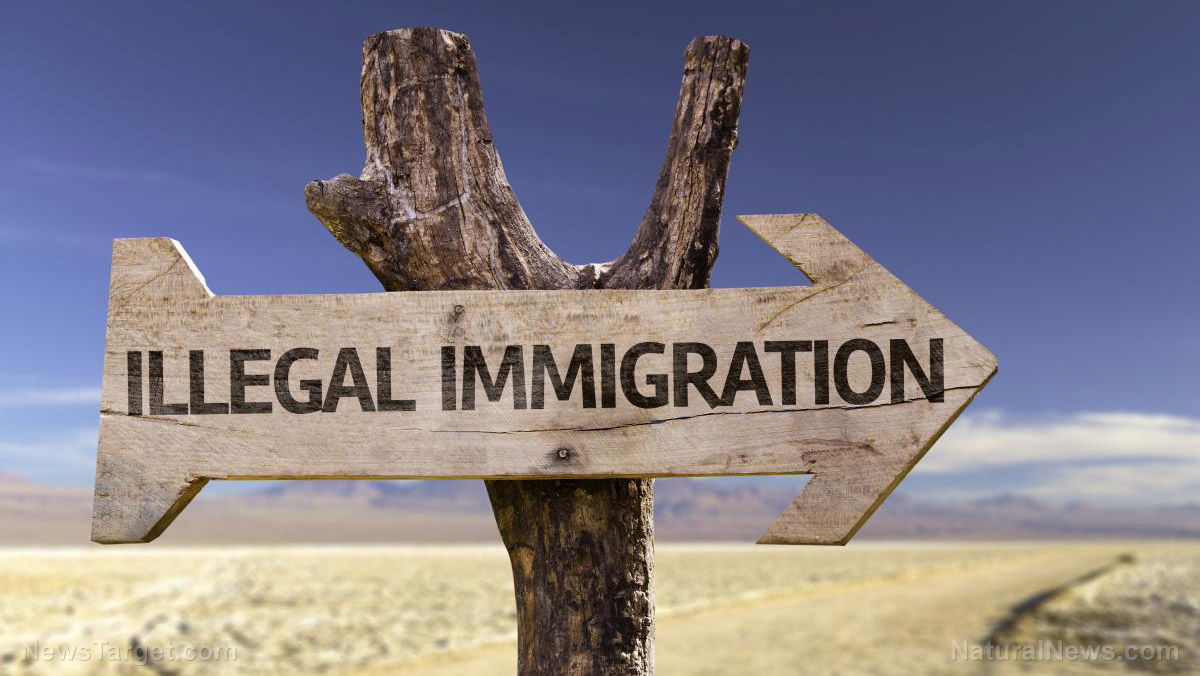 (Natural News) An astonishing report from Judicial Watch reveals how the same deceptive media that goes insane over U.S. children who are unvaccinated simultaneously goes to extraordinary lengths to cover up the disease infestation of illegal migrants. The media is actively conspiring to bury the truth about how migrants are bringing HIV, hepatitis and tuberculosis to America, all while receiving favored protections in “sanctuary cities” that effectively grant illegals legal immunity from the very same crimes that would send U.S. citizens to prison. (Calif. Governor Jerry Brown just pardoned violent convicted murderers in order to prevent them from being deported.)

Here’s the full article from Judicial Watch, an organization worthy of your year-end donations. Judicial Watch is doing the job the DOJ refuses to do.

Here’s a great example of the mainstream media distorting information to promote a liberal agenda, an act that is especially pervasive when it comes to immigration coverage. A story published by NBC news, and reiterated by various other outlets, claims illegal immigrants don’t bring disease into the United States. The headline reads: “Migrants don’t bring disease. In fact, they help fight it, report says.” The article focuses on a study commissioned by a medical journal called the Lancet and University College London. The finished product is titled “Global patterns of mortality in international migrants: a systematic review and meta-analysis” and one of the researchers, Dr. Paul Spiegel, proclaims that migrants spreading disease is a “false argument” used to keep them out. The editor of the Lancet said; “In too many countries, the issue of migration is used to divide societies and advance a populist agenda.”

Nevertheless, buried deep in the news article the reporter offers this important nugget from the study, only after writing that migrants are less likely than people in their host countries to die of heart disease, cancer, respiratory diseases and other ills: “The exceptions are hepatitis, tuberculosis and HIV.” Last we checked those are deadly diseases and Judicial Watch has interviewed medical experts that confirm illegal immigrants do indeed pose a serious public health threat to the U.S. by bringing dangerous diseases into the country. This includes tuberculosis, dengue and Chikungunya. Just last month a prominent physician in a key border state warned that the caravan streaming north from Honduras will undoubtedly bring infectious diseases into the U.S. Among them are extremely drug resistant strands of tuberculosis and mosquito-borne diseases such as dengue and chikungunya that are widespread in the region.

The same week Judicial Watch published the story about the caravan health threat a major newspaper reported on the health crisis created by the influx of Venezuelans fleeing to neighboring countries. The migrants are spreading malaria, yellow fever, diphtheria, dengue, tuberculosis and AIDS throughout South America. Many of the diseases had been considered eradicated in the neighboring Latin American countries, according to government officials cited in the article, which states that “contagion from Venezuela’s economic meltdown is starting to spread to neighboring countries—not financially, but literally, in the form of potentially deadly diseases carried among millions of refugees.” As an example, the story reveals that “measles reappeared with a vengeance” in a Brazilian city near the Venezuelan border that had declared the highly contagious airborne disease “vanquished” nearly two decades ago. “Measles is already spreading beyond the Brazilian Amazon to other Brazilian states, as well as Colombia, Peru and as far south as Argentina, according to recent Pan American Health Organization reports,” the article states. “Other diseases racing through communities in Venezuela are now crossing borders and raising concerns among health authorities as far away as the U.S.”

Years ago, when Barack Obama let tens of thousands of illegal immigrant minors into the country, health experts warned about the serious hazards to the American public. Most of the Unaccompanied Alien Children (UAC) came from Central America, like the current caravan, and they crossed into the U.S. through Mexico, in the same way that the caravan expects to. Swine flu, dengue fever and Ebola were among the diseases that the hordes of UACs brought with them, according to lawmakers and medical experts interviewed by Judicial Watch during the influx. At the time, a U.S. Congressman, who is also a medical doctor, told Judicial Watch about the danger to the American public as well as the Border Patrol agents forced to care for the UACs. The former lawmaker, Phil Gingrey, referred to it as a “severe and dangerous” crisis because the Central American youths were importing infectious diseases considered to be largely eradicated in this country. Many migrants lack basic vaccinations such as those to prevent chicken pox or measles, leaving America’s young children and the elderly particularly susceptible, Gingrey pointed out then. To handle the escalating health crisis the CDC activated an Emergency Operations Center (EOC) that largely operated in secrecy.

Even the recent study twisted by the mainstream media acknowledges that illegal immigrants are likely to carry hepatitis, tuberculosis and HIV. Selectively burying the information doesn’t change the severity of the matter. Though not a mainstream media outlet, a popular leftist news and opinion site went so far as to label those who claim migrants pose a threat to public health racist.

Donate to Judicial Watch at this link.

Read more news about the dangers of open borders at OpenBorders.news.