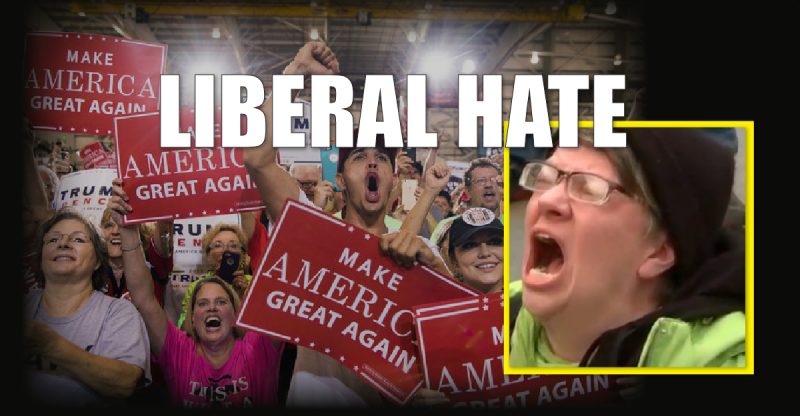 Who are “they?” Every Trump voter knows that.

They are all of the Democrats, most of the media and many in the Republican Party. They make up what is known as the Deep State, an exclusive political country club of members not like Trump or us, more obvious than secretive, but nevertheless sinister.

It is they and their mismanagement of our government and the public discourse, more than any other factor, who were responsible for the election of Donald Trump as president.

And they still don’t get that.

In fact, they are quite willing to destroy the country in order to reverse the 2016 election — ergo, the Mueller investigation, the absurd talk of impeachment, the excessive and constant media bashing, and blocking of the Trump agenda at every level no matter what the merits of the proposal.

It is they who are the extremists.

Trump was elected not based on any single issue, but because Americans believe that we are no longer citizens of a republic; that we are subjects of an elected aristocracy, composed of a self-absorbed and unaccountable permanent political class, which serves international interests at the expense of the American people.

They maintain their authority by an ever-expanding and increasingly intrusive government and use a compliant media to manipulate public opinion in order to maintain the illusion of democracy. The size and pay scales of the federal government now exceeds much of the private sector but is unconstrained by regulation and, ever more frequently, by legality.

It is a fundamental principle of democracy that the efficiency and effectiveness of government are directly dependent upon the trustworthiness of government officials as representatives and executors of the views and desires of the people.

That is where they have failed us.

It is not a contest between the Democrat and Republican ideologies driving the inanity emanating from Washington, D.C., but a battle between the entrenched power of the bipartisan political establishment versus the freedom and well-being of the American people.

It is a conflict between those who want to adhere to the Constitution and the rule of law and “they,” who wish to continue the practices of political expediency, crony capitalism and a two-tiered system of justice.

It is a choice between a government of the people, by the people and for the people or “elective despotism” when lies, corruption and tyranny are embraced by the political-media establishment.

The election of Donald Trump was not the consequence of colluding Russians tapping on keyboards in darkened basements, but one of hope based on a single proposition, the possibility of honest, representative and effective government.

Three years before the start of the American Civil War, Abraham Lincoln said a government cannot endure permanently half slave and half free — that a house divided against itself cannot stand.

Likewise, a government separated from the people cannot stand.

And “they” need to understand that.

Lawrence Sellin, Ph.D., is a retired U.S. Army Reserve colonel, an IT command and control subject matter expert, trained in Arabic and Kurdish, and a veteran of Afghanistan, northern Iraq and a humanitarian mission to West Africa.

The Supreme Court Just Gave Away Half Of The State Of...

SCOTT JENSEN BEING INVESTIGATED FOR BLOWING THE WHISTLE ON GOVERNMENT’S COVID-19...