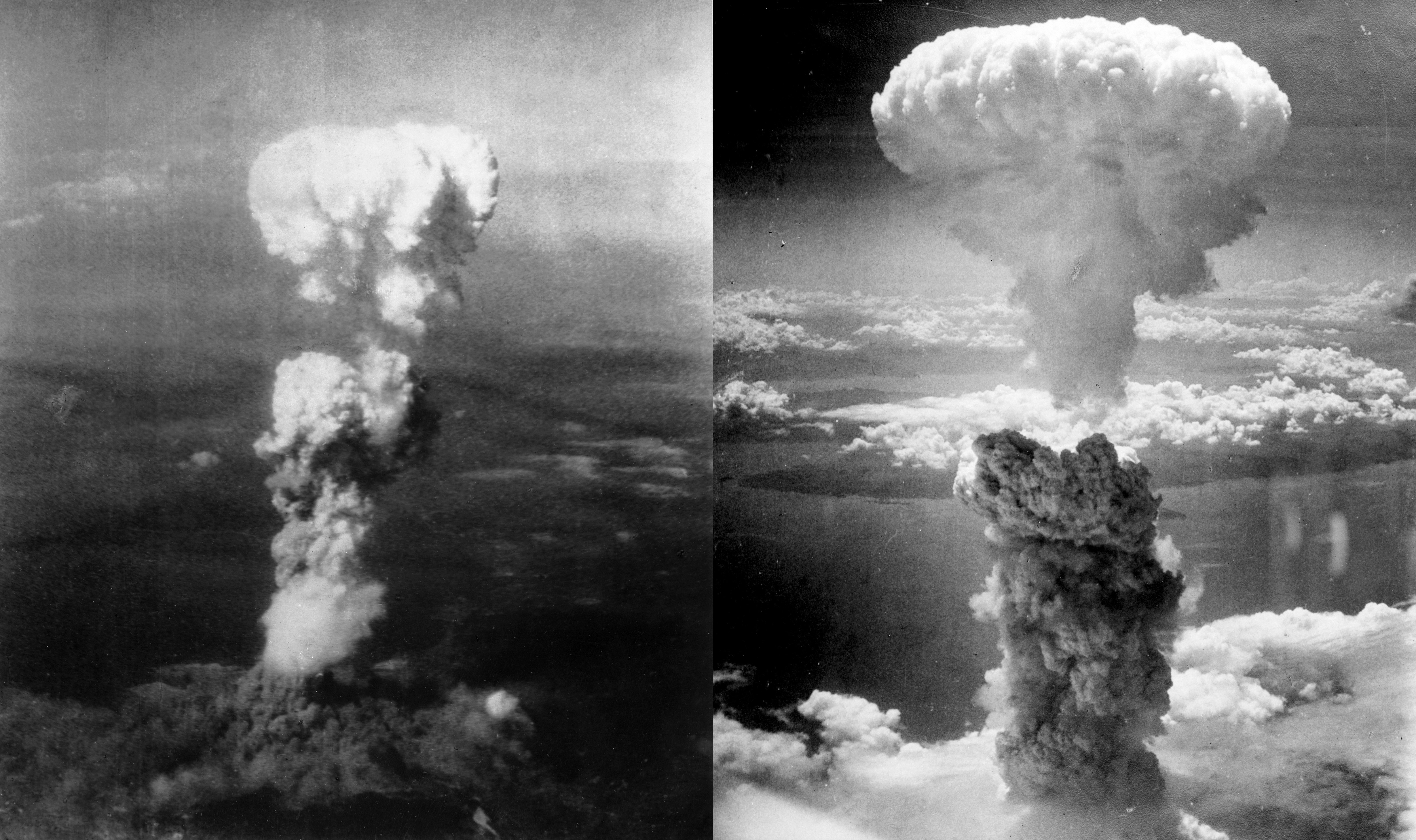 In the summer of 1945, President Harry Truman found himself searching for a decisive blow against the Empire of Japan. Despite the many Allied victories during 1944 and 1945, Truman believed Emperor Hirohito would urge his generals to fight on. America suffered 76,000 casualties at the battles of Iwo Jima and Okinawa, and the Truman administration anticipated that a prolonged invasion of mainland Japan would bring even more devastating numbers. Even so, plans were drawn up to invade Japan under the name Operation Downfall.

The estimates for the potential carnage were sobering; the Joint Chiefs of Staff pegged the expected casualties at 1.2 million. Staff for Admiral Chester Nimitz and General Douglas MacArthur both expected over 1,000 casualties per day, while the personnel at the Department of the Navy thought the totals would run as high as 4 million, with the Japanese incurring up to 10 million of their own. The Los Angeles Times was a bit more optimistic, projecting 1 million casualties.

With those numbers, it’s no wonder the US opted to (literally) take the nuclear option by dropping Little Boy on Hiroshima on August 6, and then Fat Man on Nagasaki on August 9. Japan formally surrendered 24 days later, sparing potentially millions of U.S. servicemen, and vindicating the horrifying-yet-necessary bombings.

At least this is the common narrative that we’re all taught in grade school. But like so many historical narratives, it’s an oversimplification and historically obtuse.

When Truman signed off on the deployment of the newly-developed atomic bombs, he was convinced that the Japanese were planning to prosecute the war to the bitter end. Many have argued that the casualty estimates compelled him to err on the side of caution for the lives of his boys in the Pacific. But this ignores the fact that other significant figures surrounding Truman came to the opposite conclusion. General Dwight D. Eisenhower, chief among the naysayers, said, “I was against (use of the atomic bomb) on two counts. First, the Japanese were ready to surrender and it wasn’t necessary to hit them with that awful thing. Second, I hated to see our country be the first to use such a weapon.” Although he made this statement publicly in 1963, he made the same argument to then Secretary of War Henry Stimson in 1945, as recounted in his memoirs: “I voiced to him my grave misgivings, first on the basis of my belief that Japan was already defeated and that dropping the bomb was completely unnecessary, and secondly because I thought that our country should avoid shocking world opinion by the use of a weapon whose employment was, I thought, no longer mandatory as a measure to save American lives. It was my belief that Japan was, at that very moment, seeking some way to surrender with a minimum loss of ‘face.’”

Another prominent figure who echoed Eisenhower’s sentiments was Fleet Admiral William D. Leahy. He ranked as the senior-most United States military officer on active duty during World War II and was among Truman’s chief military advisors. In his 1950 book I Was There, Leahy wrote, “It is my opinion that the use of this barbarous weapon at Hiroshima and Nagasaki was of no material assistance in our war against Japan. The Japanese were already defeated and ready to surrender because of the effective sea blockade and the successful bombing with conventional weapons.” With mainland Japan under a blockade, Japanese forces in China and Korea were effectively cut off from reinforcements and supplies.

Ward Wilson of Foreign Policy wrote that the most solemn day for Japan was August 9, which was the first day that the Japanese Supreme Council met to seriously discuss surrender. The date is significant because it wasn’t the day after the Hiroshima bombing, but rather the day the Soviet Union entered the Pacific Theatre by invading Japanese-occupied Manchuria on three fronts. Prior to August 8, the Japanese had hoped that Russia would play the role of intermediary in negotiating an end to the war, but when the Russians turned against Japan, they became an even bigger threat than America, as indicated by documents from leading Japanese officials at the time.

Russia’s move, in fact, compelled the Japanese to consider unconditional surrender; until then, they were only open to a conditional surrender that left their Emperor Hirohito some dignity and protections from war-crimes trials. Ward concludes that, as in the European theatre, Truman didn’t beat Japan; Stalin did.

Harry Truman never expressed regret publicly over his decision to use the atomic bombs. However, he did order an independent study on the state of the war effort leading up to August of 1945, and the strategic value of the Hiroshima and Nagasaki bombings. In 1946, the U.S. Bombing Survey published its findings, which concluded as follows: “Based on a detailed investigation of all the facts and supported by the testimony of the surviving Japanese leaders involved, it is the Survey’s opinion that certainly prior to 31 December 1945 and in all probability prior to 1 November 1945, Japan would have surrendered even if the atomic bombs had not been dropped, even if Russia had not entered the war, and even if no invasion had been planned or contemplated.” This is an intensive condemnation of Truman’s decision, seeing as Russia did enter the war, and that plans for an invasion had been developed.

As Timothy P. Carney writes for the Washington Examiner, the fog of war can be a tricky thing. But if we’re forced to side with Truman, or Eisenhower and the other dissenting military leaders, the Eisenhower position isn’t merely valid; it actually aligns better with some fundamental American values. Given all the uncertainty, both at the time and with modern historical revisionism, it’s better to look to principle rather than fortune-telling. One principle that should be near the top of everyone’s list is this: it’s wrong to target civilians with weapons of mass destruction. The deliberate killing of innocent men, women, and children by the hundreds of thousands cannot be justified under any circumstances, much less the ambiguous ones Truman encountered. Whether his decision was motivated by indignation toward Japanese “ pigheadedness” or concern for his troops, Truman’s use of such devastating weapons against non-combatants should not be excused. Americans must strive for complete and honest analysis of the past (and present) conflicts. And if she is to remain true to her own ideals, America must strive for more noble and moral ends—in all conflicts, domestic and foreign—guided by our most cherished first principles, such as the Golden Rule. At the very least, Americans should not try so hard to justify mass murder.

Alan Mosley is the host of The Gold Standard with Alan Mosley, which talks current events, politics, and pop culture from a libertarian perspective. It is a proud product of “little L productions,” and can be found on various podcasting platforms including iTunes, Stitcher, and Google Play, as well as YouTube. More info on Alan, including his social media handles (for now!) and more can be found at his website, thegoldstandardpodcast.com.