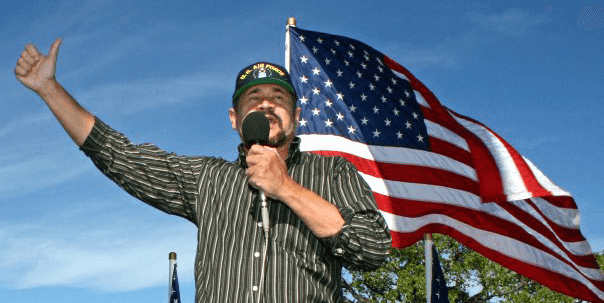 Bernard Sansaricq is no ordinary man, who once held the position of president of the Senate of Haiti in 1994, as well as the former senator of the Republic of Haiti in both 1991, and 1997. He is a man of honor, courage, and loyalty, supercharged with the fire of a lion, in his fight for justice. Not only has Bernard spent the better part of his life fighting for the people of Haiti, he spent tireless months campaigning for President Trump while exposing what the Clintons have done to his native country. 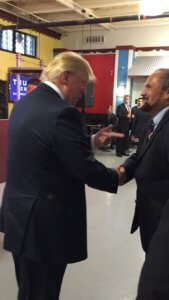 In fact, Bernard met President Trump on the campaign trail, and shared his experience with the Clintons, in live footage that ended up going viral across multiple social media platforms. He went on to expose the Clintons through radio shows, public forums, and even Fox Business Network managed to squeeze him in on a 4:32 min piece exposing the Clintons pay-to-play schemes, on October 12, 2016.

Bernard is unlike any politician one could ever hope to meet. His loyalty and integrity go far beyond that of most human beings, let alone, a politician. Despite the many attempts on his life, one in which former President Jimmy Carter tried to assist Bernard with his safety, he is one of the few people in this world that stood up to the Clintons and refused their pay-to-play bribes. While this cost him a great deal, it earned him the respect of many.

The irony to Bernard’s incredible life journey is that he finds comfort and safety in the very country, whose once corrupt leaders, set out to destroy his country. Bernard’s ability to discern those working to help humanity, versus those working to destroy it, allows him to see with clarity, and not hold prejudice against an entire country. His heart lies with both the United States of America, as well as his homeland, Haiti, and he is the proud father of a daughter serving in the United States Air Force.

Bernard has one of the most remarkable stories and is a true living testament to what the Clintons are capable of doing. In this 48-min interview, Bernard speaks about his native land, what it has evolved into throughout the years, those involved in the corruption, what is happening in Haiti today, and closes with a special message to President Trump, who is the one person Bernard believes can help to dismantle the corruption. Anyone who listens to him speak will feel his heart, his soul, and his fight for justice.

This is the first in a series of upcoming interviews with Bernard, as the people of Haiti continue their fight to remove President Jovenel Moise, their corrupt officials, and get justice for what the Clintons have done, and continue to do.