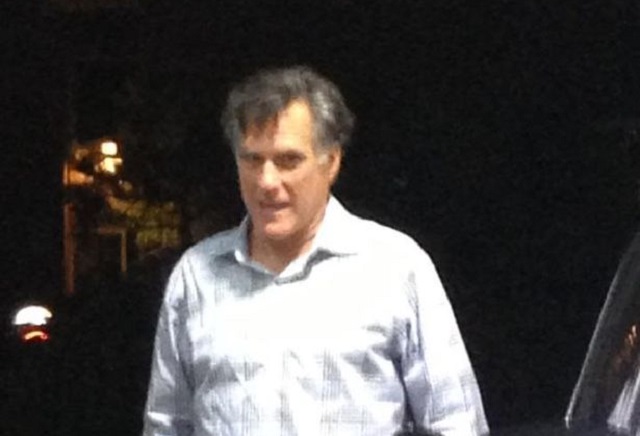 Mitt Romney never spoke out against President Obama after losing his presidential race against him in 2012 but he has attacked President Trump incessantly over the last two years.

Romney’s latest attack, released just two days before he’s scheduled to take office on Thursday, accused Trump of being an immoral person for moving to end one of our many forever wars.

From Romney’s op-ed in The Washington Post, “How A President Shapes The Public Character”:

It is well known that Donald Trump was not my choice for the Republican presidential nomination. After he became the nominee, I hoped his campaign would refrain from resentment and name-calling. It did not. When he won the election, I hoped he would rise to the occasion. His early appointments of Rex Tillerson, Jeff Sessions, Nikki Haley, Gary Cohn, H.R. McMaster, Kelly and Mattis were encouraging. But, on balance, his conduct over the past two years, particularly his actions this last month, is evidence that the president has not risen to the mantle of the office.

Note that the breaking point for Romney, which impelled him to take the heroic act of writing an op-ed, was the recent Trump foreign policy developments. Withdrawing troops violates the saintly sense of “national honor” that Romney will now tediously promote in the Senate

It is not that all of the president’s policies have been misguided. He was right to align U.S. corporate taxes with those of global competitors, to strip out excessive regulations, to crack down on China’s unfair trade practices, to reform criminal justice and to appoint conservative judges. These are policies mainstream Republicans have promoted for years. But policies and appointments are only a part of a presidency.

This is the same guy who lost to Obama by running on “principles” (which he doesn’t have) and succeeded in implementing nothing.

The world is also watching. America has long been looked to for leadership. Our economic and military strength was part of that, of course, but our enduring commitment to principled conduct in foreign relations, and to the rights of all people to freedom and equal justice, was even more esteemed. Trump’s words and actions have caused dismay around the world. In a 2016 Pew Research Center poll, 84 percent of people in Germany, Britain, France, Canada and Sweden believed the American president would “do the right thing in world affairs.” One year later, that number had fallen to 16 percent.

All those countries also hate our wars in the Middle East — all of which Romney supports — and I assure you he doesn’t give a damn about those polls.

This comes at a very unfortunate time. Several allies in Europe are experiencing political upheaval. Several former Soviet satellite states are rethinking their commitment to democracy. Some Asian nations, such as the Philippines, lean increasingly toward China, which advances to rival our economy and our military. The alternative to U.S. world leadership offered by China and Russia is autocratic, corrupt and brutal.

How is this anything but pure hatred and bigotry?

Why do these globalists never celebrate the diversity of China and Russia?

He even goes on to say, “America is strongest when our arms are linked with other nations” — just so long as it’s not those evil Chinese or Russkies!

To reassume our leadership in world politics, we must repair failings in our politics at home. That project begins, of course, with the highest office once again acting to inspire and unite us. It includes political parties promoting policies that strengthen us rather than promote tribalism by exploiting fear and resentment. Our leaders must defend our vital institutions despite their inevitable failings: a free press, the rule of law, strong churches, and responsible corporations and unions.

This is the same guy who couldn’t get elected again in liberal Massachusetts so he moved to 86 percent white, 62 percent Mormon Utah to get elected on identity politics alone.

Now he’s lecturing us about “tribalism.”

The Democrats are openly going to run on anti-white identity politics in 2020. Trump won because he got the rural whites who stayed home during Romney’s disastrous campaign to show up to the polls. If he can’t do it again, he’s going to lose.

[…] I do not intend to comment on every tweet or fault. But I will speak out against significant statements or actions that are divisive, racist, sexist, anti-immigrant, dishonest or destructive to democratic institutions.

I remain optimistic about our future. In an innovation age, Americans excel. More importantly, noble instincts live in the hearts of Americans. The people of this great land will eschew the politics of anger and fear if they are summoned to the responsibility by leaders in homes, in churches, in schools, in businesses, in government – who raise our sights and respect the dignity of every child of God – the ideal that is the essence of America.

Jeff Flake has passed the baton. The captain of the GOP sell outs needed a replacement to ensure the GOP remains a laughingstock to their base. And Mitt stepped right up to fill the void. Mitt’s a natural for this part. #SellOut https://t.co/mhz7ixRD5u

Whatever you do, don’t talk about the opiate crisis, ending our forever wars, stopping and reversing mass immigration, Big Tech censorship, social justice mobs or anything people actually care about — just keep talking about “American leadership,” “our values” and “conservative principles!”