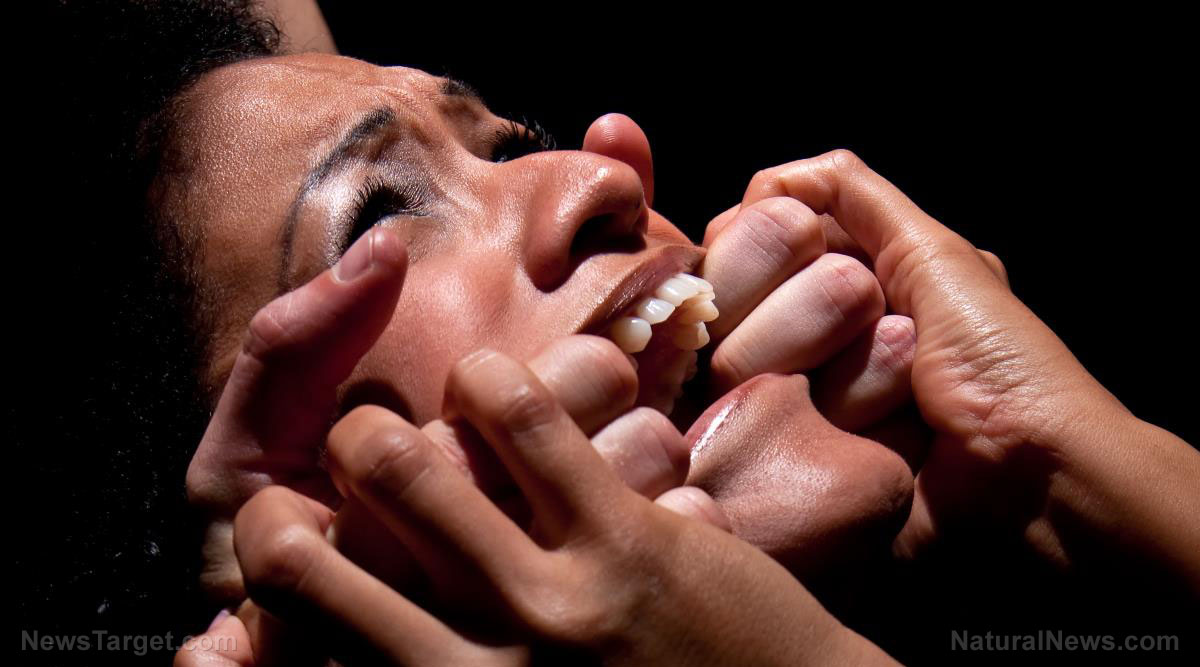 (Natural News) A leading climate change apologist and tenured professor at the University of Minnesota was recently taken into police custody after he was basically caught in the act of beating, choking, and dragging his fiance across the room by her hair during a violent outburst.

Widely recognized as one of the big dogs perpetrating the man-made climate change hoax, 47-year-old Aaron Herbert Doering will likely now go down in history as a raging wife-beater – the same fateful reputation as biotechnology propagandist Jon Entine, by the way, who we previously reported engaged in similar acts of extreme domestic violence against his wife and daughter, causing a restraining order to be filed against him.

In this case, though, Doering so victimized the woman who would have become his wife that she told her legal counsel that she now fears Doering “will kill her if he returns to the apartment,” official court documents indicate. Doering is currently in police custody, and he’s reportedly being charged with one felony count of domestic assault by strangulation, according to Minnesota’s StarTribune.com.

So here’s how it all reportedly went down. On the evening of December 26, 2018, police reportedly received a complaint about a domestic assault in progress. After arriving at the apartment shared by Doering and his fiance, located on the 1700 block of Madison Street NE in Minneapolis, officers who were standing outside say they could hear a man and a woman inside the residence arguing.

As they entered the apartment, officers say Doering’s fiance had red marks on her forehead, along with bruising “in the shape of fingers” on one side of her neck. Upon being questioned, Doering’s fiance explained that Doering had grabbed her by the hair and dragged her around the apartment in a violent fit of rage. Doering then proceeded to beat and choke his fiance until she was unable to breathe “and felt as if she’d lose consciousness,” reports indicate.

Doering’s fiance then admitted to these same officers that Doering had beaten her on many previous occasions, showing them photo evidence of various injuries she suffered in the past after Doering assaulted her – an extensive history of violence, in other words, that’s caused her to now fear for her life.

When questioned about whether or not Doering is still employed at UoM following these revelations, a spokeswoman at the school indicated that Doering’s employment status has not changed – suggesting that it’s apparently not that big of a deal to the university, which would rather protect the reputation of a prominent climate change mouthpiece than protect the life of an innocent woman.

“We’re aware of the situation, and will be reviewing the matter,” said Lacey Nygard, UoM’s assistant director of public relations, in an empty followup statement to the media, further suggesting that UoM isn’t all that concerned that a known woman-beater remains on its payroll.

Doering now being held on $30,000 bail without conditions

Despite UoM’s seeming lack of concern about the matter, Hennepin County where these crimes took place is, in fact, pursuing justice. According to Hennepin County Attorney Mike Freeman, Doering is being charged with one count of domestic assault by strangulation, and is currently being held on $30,000 bail without conditions, or $5,000 with conditions.

The latter conditional bail includes requirements that Doering not contact his fiance; not use any alcohol or non-prescribed drug medications; agree to random drug testing; agree to a domestic abuse no contact order; and forfeit his Second Amendment right to possess firearms. A judge has already ordered that Doering relinquish any and all firearms that he currently possesses, news reports indicate.

For more related news, be sure to check out CelebrityReputation.com and Corruption.news.

Why do so many mainstream, play-pretend “do-gooders” turn out to be violent woman-beaters?

Once again, the similarities between Doering’s crimes and Entine’s crimes are striking – as is the fact that both men were once looked at as authoritative voices on status quo matters like climate change and biotechnology. Both men touted the mainstream narrative in their respective fields, and now both of them have been exposed for being violent aggressors against women.

In the case of Entine, this charlatan was actually fired from his position at ABC News after it was proven beyond a shadow of a doubt that he had manufactured fake evidence against a company in order to destroy it. It remains to be seen whether or not UoM will take similar actions against Doering, especially if he ends up being convicted of his crimes – which is highly likely.

Somehow, the mainstream media remains largely silent when establishment hacks like Jon Entine, Neil deGrasse Tyson, and now Aaron Herbert Doering are caught committing egregious crimes against women. But when conservatives like Justice Brett Kavanaugh are merely accused of such crimes, without evidence, the mainstream media automatically convicts them as guilty via the court of public opinion.

The question that remains in light of all this is: Where’s the justice?

For more news that you’re likely not to hear from mainstream outlets, be sure to visit Censored.news.