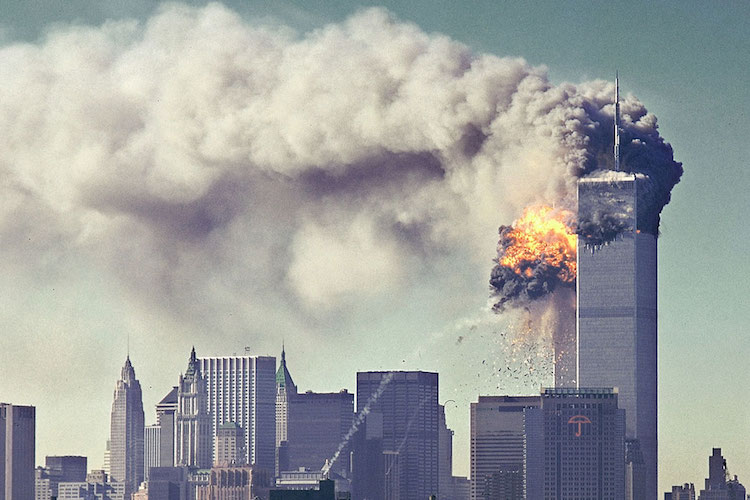 The 9/11 truth movement has been active and persistent for over 17 years, and while mainstream media won’t touch the story, and while most Americans refuse to even consider the possibility that the attacks were an inside job, the actual evidence supporting controlled demolition theory is so convincing that a legitimate federal grand jury investigation will address this very question.

Thousands of architects and engineers, pilots, security professionals, journalists and concerned citizens have been demanding that the federal government release the truth about the attacks, all noting that there is overwhelming circumstantial and scientific evidence proving that the World Trade Center towers, including building 7, were brought down by a pre-planned controlled demolition.

The evidence for this is exceptionally captivating, and The Lawyers’ Committee for 9/11 Inquiry has successfully submitted a petition to the federal government demanding that a grand jury consider this possibility. Finally, the U.S. Attorney has issued a response, agreeing to ‘comply with the law’ and open a grand jury investigation. This could mark the most substantial progress to date in the fight for 9/11 truth.

“The Lawyers’ Committee’s April 10th 52-page original Petition was accompanied by 57 exhibits and presented extensive evidence that explosives were used to destroy three WTC buildings. That evidence included independent scientific laboratory analysis of WTC dust samples showing the presence of high-tech explosives and/or incendiaries; numerous first-hand reports by First Responders of explosions at the WTC on 9/11; expert analysis of seismic evidence that explosions occurred at the WTC towers on 9/11 prior to the airplane impacts and prior to the building collapses; and expert analysis by architects, engineers, and scientists concluding that the rapid onset symmetrical near-free-fall acceleration collapse of three WTC high rise buildings on 9/11 exhibited the key characteristics of controlled demolition. The Lawyers’ Committee’s July 30th Amended Petition addresses several additional federal crimes beyond the federal bombing crime addressed in the original Petition. The Lawyers’ Committee concluded in the petitions that explosive and incendiary devices preplaced at the WTC were detonated causing the complete collapse of the WTC Twin Towers on 9/11 and increasing the tragic loss of life.” [Source]

This famous video of the free fall collapse of WTC building 7 has haunted the internet for years, demanding justice. In it, you can see a virtually unharmed building being brought down in a matter of seconds, exactly like a professional controlled building demolition.

The following interview with the founder of Architects & Engineers for 9/11 Truth goes into great detail about the criminal nature of the cover up of the truth about these attacks.

Seventeen years after the worst terrorist attack in modern history, we may be finally seeing some official recognition that the official story is false and incomplete. Will the truth finally be revealed? Time will tell. While we wait, however, you can view the petition to the federal grand jury here.

This article (Federal Grand Jury to Hear Evidence that 9/11 Was a Controlled Demolition) was originally created and published by Waking Times and is published here under a Creative Commons license with attribution to Isaac Davis and WakingTimes.com. It may be re-posted freely with proper attribution, author bio, and this copyright statement.