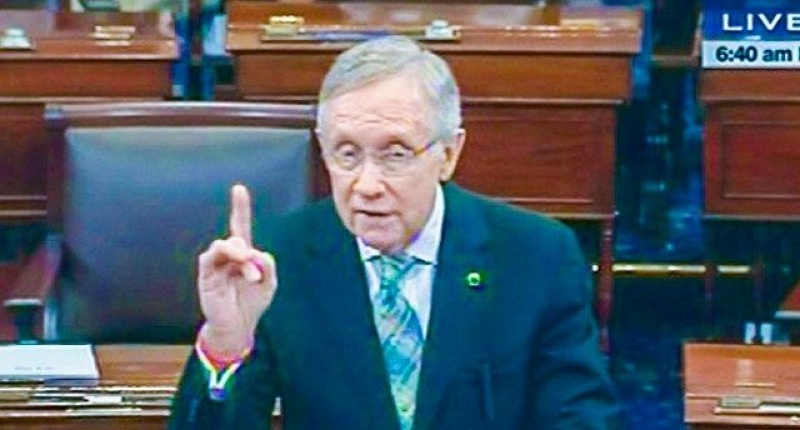 On May 14, 2018, Reid underwent surgery after being diagnosed with pancreatic cancer.

A source told the Nevada Independent: “They caught it early. The doctors believe it went well, and he is expected to make a full recovery.” According to Roll Call, Reid’s family put out this statement:

Today, Former Democratic Leader Harry Reid underwent surgery at Johns Hopkins Cancer Center to remove a tumor from his pancreas. His doctors caught the problem early during a routine screening and his surgeons are confident that the surgery was a success and that the prognosis for his recovery is good. He will undergo chemotherapy as the next step in his treatment. He is now out of surgery, in good spirits and resting with his family. He is grateful to his highly skilled team of doctors and to all who have sent and continue to send their love and support,” the statement said.

However, reporting for the New York Times Magazine on Jan. 2, 2019, Mark Leibovich writes:

Reid, who is 79, does not have long to live. I hate to be so abrupt about this….

I had planned to visit Reid, who had not granted an interview since his cancer diagnosis, in November, but he put me off, saying he felt too weak. People close to him were saying that he had months left, if not weeks….

Reid’s health, even before the cancer diagnosis, was a factor in opting not to seek re-election for a sixth Senate term in 2016. Over the last few months, he has had chemotherapy and two back surgeries….

As with John McCain (R-AZ), I will not mourn Harry Reid’s death.

Reacting to this post, a Christian friend wrote in an email that he would pray for Harry Reid. A reader wrote an email scolding me that when I wrote “I will not mourn Harry Reid’s death,” I was kicking a man when he’s down. Here is my response: