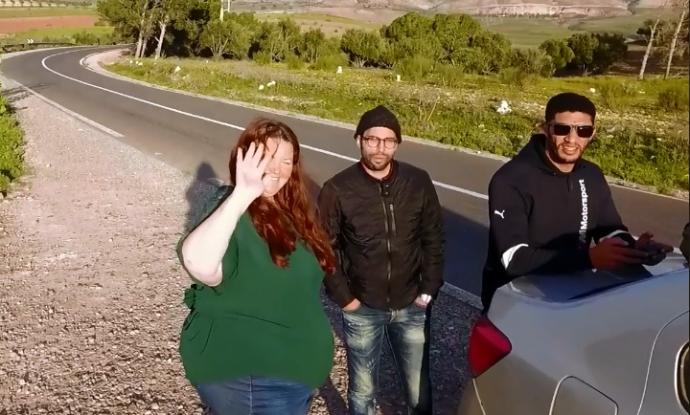 Muslim sex grooming gangs have devastated the UK with thousands of victims. But they’re also an issue here.

And, as this story shows, the internet can play a significant role in enabling sex grooming gangs to operate thousands of miles away.

Amber Michelle Parker, 37, has been charged with trafficking of persons.

Officials say she was conspiring to traffic her underage relative online to multiple men in Morocco.

“She was online talking to multiple guys in Morocco trying to get it setup where she could take her with her over there to them,” said Freestone County Sheriff J. Shipley.

“Parker begins to discuss with the two men flying to the United States to visit, and engage in sexual intercourse with both her and the victim,” the affidavit states. “During the conversation, the males are trying to have both Parker and the victim travel to Casablanca, Morocco to engage in sexual acts, after Parker indicates to the men that the victim is a virgin, and provides her age.”

“It’s a very low-down thing, it’s the worst of the worst when you prostitute your own relative, that’s as low as you get,” said McNamara. “It’s sickening to think a woman would stoop that low.”

This monster was an 8th grade teacher. Which means she potentially had the ability to do a great deal of harm.

And then the story gets truly weird.

MCSO officials said Parker is allegedly involved in Wicca, or pagan witchcraft, and haven’t ruled it out as they are still in the process of gathering evidence in the case.

According to documents obtained exclusively by KWTX reporter John Carroll, in an interview, Amber’s husband told investigating deputies she told him in early 2018 she was going to become a member of a “cult called Wicca.”

“Mr. Parked explained that at some point during the year his wife had created an anonymous Facebook page to where she could secretly communicate with strange men associated with the Wicca organization,” the document reads. “During the year his wife had left to go to Louisiana to meet with her healer and again to Waco to meet with someone in her group.”

One of the photos reads, “Don’t try to figure me out I’m a special kind of twisted.”

The playlist includes a reading of the Koran, specifically Surah 13, which is meant to impress Muslims with the glory of Allah. It’s the sort of thing a Muslim might very well use to encourage a non-Muslim to convert to Islam.

The other also features Koran recitations by Sheikh Al Dosari.

It’s an odd playlist for a witch to have. But perhaps Amber was thinking of switching religions.

A man has come forward defending Parker, claiming she’s innocent and she went there for him, not for trafficking, and told KWTX he had a video to prove it.

“…we spent good time, I showed her my city, my life and introduced her to my family..we enjoyed time together,” Youssef Derkhi said in a Facebook post under the name YRider Joe. “…she came to Morocco for love, not for (Selling her child into human trafficking).”

“I wish from everyone in America and her family to support her and to have a look to our video and please share it so make people aware that the Teacher in Mexia is totally innocent,” Derkhi says at the end of the post.

That is presumably the same Youssef.