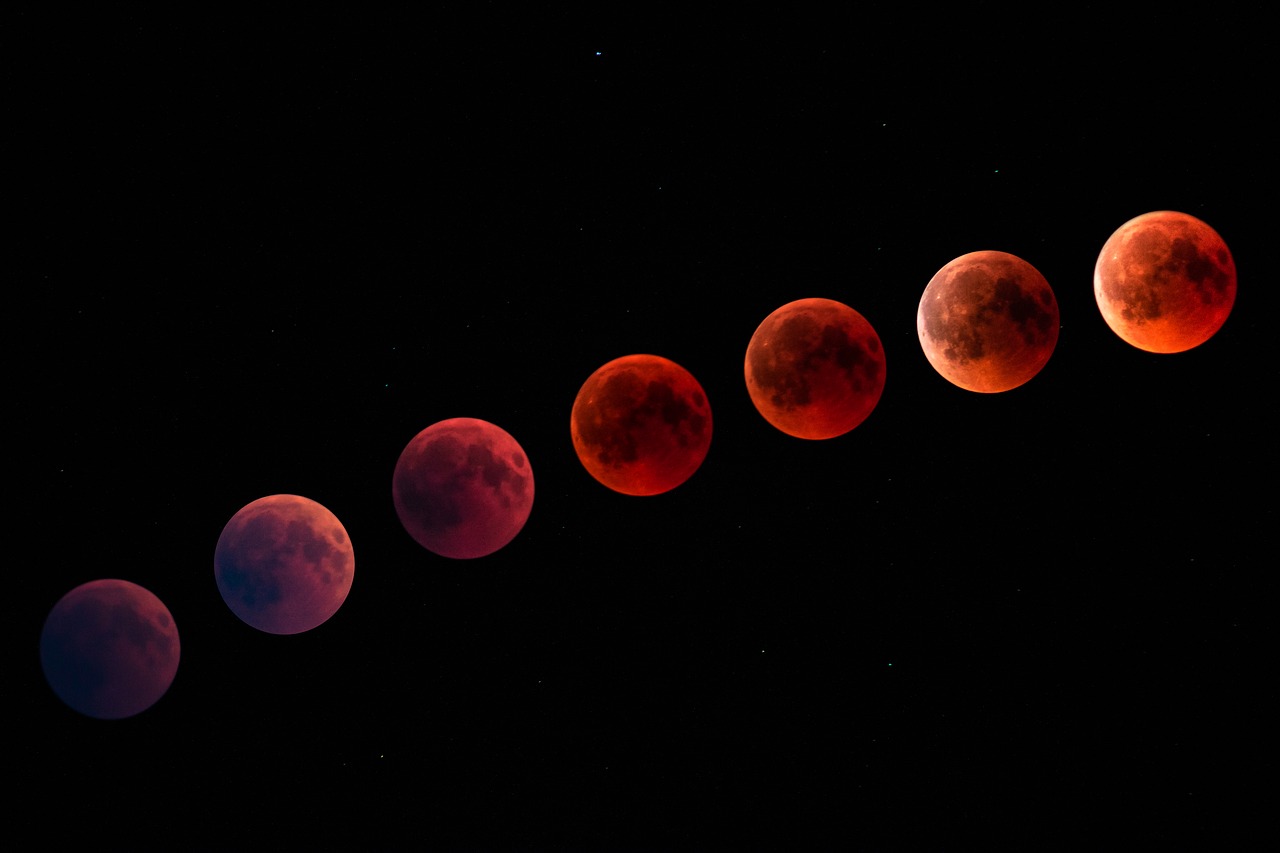 On the evening of the 20th of January, a very strange phenomenon will happen.  A total lunar eclipse that has been dubbed a “super blood wolf moon” will appear in the sky above America.  The entire eclipse from beginning to end will be visible from every single location in the continental United States, but much of the rest of the world will miss out on this experience completely.  For example, the eclipse will not be visible at all anywhere in China.  Some would argue that it is just a coincidence, but it is almost as if somebody arranged the timing of this “super blood wolf moon” so that it would be seen specifically by people living in the United States.  And it just so happens that this “super blood wolf moon” will occur precisely on the second anniversary of the inauguration of Donald Trump.

Of course some of you may have never even heard of a “super blood wolf moon”.  Basically, what that term means is that a “super moon”, a “blood moon” and a “wolf moon” will all be happening simultaneously.

A “blood moon” happens during a lunar eclipse when some of the sun’s light is still able to reach the moon.  The following comes from USA Today…

Although the moon is in Earth’s shadow, some sunlight still reaches the moon. The sunlight passes through Earth’s atmosphere, which causes our atmosphere to filter out most of the blue light.

Some sunlight reaches the Earth’s atmosphere, which envelops the moon and gives it the rich color.

A “super moon” happens when a full moon coincides with the moon’s orbit being within 90 percent of its closest approach to Earth, and that can make the moon look much bigger and brighter than normal…

A super moon occurs when the full moon is at the closest point of its orbit to the Earth, which is also called the perigee.

That makes the moon look extra close and extra bright – up to 14% bigger and 30% brighter than a full moon at its farthest point from Earth, known as the apogee, NASA said.

This will be the first lunar eclipse of 2019 and the last total lunar eclipse until 2021. It coincides with the year’s first full moon — a “wolf moon” in the folklore tradition because it occurs at a time of year when wolves howl outside villages — and comes when the moon is slightly bigger and brighter because it’s at the closest point to Earth in its elliptical orbit.

Since it’s a so-called supermoon that’s being shadowed, some media outlets have dubbed this eclipse a “super blood wolf moon.”

So is it significant that all three of these things are happening at the exact same time on the second anniversary of Donald Trump’s inauguration?  Well, Pastor Mark Biltz sure seems to think so…

“Trump was born on the night of June 14, 1946, within 15 minutes of a total lunar eclipse and 700 days before the state of Israel was established. When he was sworn in as president on January 20, 2017, he was 70-years-old, seven months and seven days. Also, very significantly, the Super Blood Moon also falls on the Jewish holiday of Tu B’Shevat. Even more significant is the fact that there was another Blood Moon on Tu B’Shevat last year! Last year the blood moon was seen over the Middle East and this year will be seen over the U.S.”

In ancient times, a “blood moon” was considered to be a sign of impending doom, and some Christian leaders are pointing out that the Bible says that the moon will be an important “sign” during the times that the Bible refers to as “the last days”.

For example, the following is what Luke 21:25-28 says in the Modern English Version…

25 “There will be signs in the sun and the moon and the stars; and on the earth distress of nations, with perplexity, the sea and the waves roaring; 26 men fainting from fear and expectation of what is coming on the inhabited earth. For the powers of heaven will be shaken. 27 Then they will see the Son of Man coming in a cloud with power and great glory. 28 When these things begin to happen, look up and lift up your heads, for your redemption is drawing near.”

And this is what Joel 2:31 says in the Modern English Version…

The sun will be turned to darkness, and the moon to blood, before the great and awe-inspiring day of the Lord comes.

Last but certainly not least, this is what Revelation 6:12 says in the Modern English Version…

I watched as He opened the sixth seal. And suddenly there was a great earthquake. The sun became black, like sackcloth made from goat hair, and the moon became like blood.

Ultimately there will be a lot of debate about what this “super blood wolf moon” could possibly mean, but at this point nobody really knows.

But it does seem very odd that it is happening exactly on the second anniversary of the inauguration of Donald Trump.  Whether you love him or you hate him, in America today it seems like the entire world revolves around Trump.  The mainstream media has been fixated on him since the moment he first announced that he was running for president, his decisions are deeply affecting the lives of every man, woman and child in the whole country, and everybody in the entire nation simply can’t stop talking about him.

Even when I write articles that have nothing to do with Trump at all, most of the comments that my readers post are still about Trump.

Many believe that the fate of the United States appears to be inseparably linked with Donald Trump, and I am sure that my readers will feverishly debate whether this is a good thing or a bad thing.

But without a doubt, 2019 is shaping up to be a very challenging year, and later this month a very strange omen will appear directly in the sky over America on the second anniversary of Trump’s inauguration.