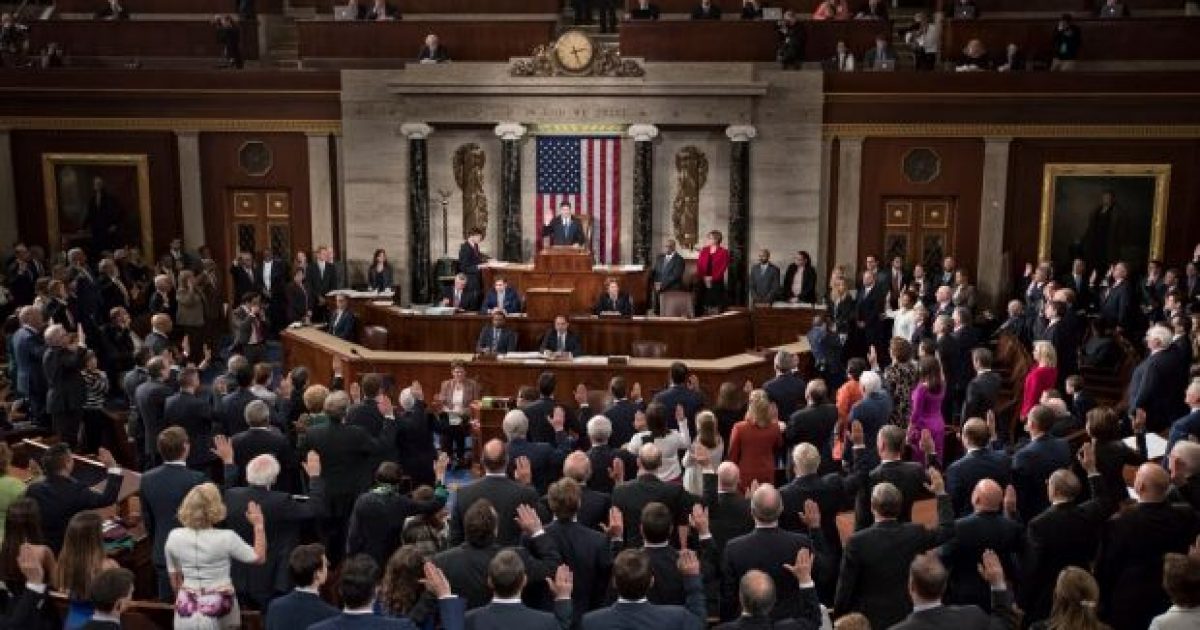 There is a new Pew Research analysis out about Congress, not that this “analysis” is accurate, revealing that 88% of Congress “are Christians”, which prompted Pew Research to claim that “Christians are overrepresented in Congress”.

A new Pew Research Center analysis reveals that 88 percent of the members of the 116th Congress are Christian. This finding prompted the pollster to declare that “Christians are overrepresented in Congress.” But let us examine the numbers. Of that 88 percent, 55 percent of the lawmakers are Protestant, 30 percent Catholic, 13 percent Baptist, 8 percent Methodist, and 5 percent each say they are Episcopalian, Presbyterian or Lutheran.

The analysis is based on CQ Roll Call data, which tallied the religious affiliations of the lawmakers through questionnaires or phone interviews.

“In the 116th Congress, just two of the 253 GOP members do not identify as Christian: Reps. Lee Zeldin of New York and David Kustoff of Tennessee are Jewish,” the analysis says.

“By contrast, 61 of the 281 Democrats do not identify as Christian. More than half of the 61 are Jewish (32), and 18 decline to specify a religious affiliation. Congressional Democrats also include Hindus (3), Muslims (3), Buddhists (2), Unitarian Universalists (2) and one religiously unaffiliated member.”

Then there are the new folks.

“The new, 116th Congress has the largest freshman class since 2011 — 97 new members join 437 incumbents. Of the new members, fully 81 percent identify as Christians. While this is lower than the Christian share of incumbents, it is still higher than the share of U.S. adults who are Christian (71 percent),” the Pew Research analysis said.

While someone may proclaim to be Christian, actions, not words, identify an individual as Christian.  There is no way those in Congress claiming to be Christians actually are.  First, these individuals do not follow the counsel of God, much less the teachings of Jesus Christ, who came to fulfill the law and provide salvation for sinners through God’s Grace.  While the analysis claims that Christians are overrepresented, the self-proclaimed Christians in Congress are “Christians by lip service only” and are more anti-Christian as seen by their actions.  Remember, despite some Congressmen’s proclamation of Christianity, Christians, by far, can make or break a candidate;  therefore, it is better for them to profess to be Christian for the votes than proclaim they give “lip service” to Christianity.

Each violates the first commandment by placing everything before God and bowing to it as a god instead of the Lord.  Money, power, government, and the all-encompassing bureaucracy are the altars upon which they worship in violation of God’s first commandment.  These individuals support the murder of defenseless, innocent human babies in the womb against God’s commandment “You shall not murder.”  Many of these individuals support and prop-up the IRS and tax code, civil asset forfeiture without due process, and confiscation of actual property without due process – all against the commandment “You shall not steal.”

Are we to render taxes where taxes are due?  Yes.  However, the Constitution provided the funding of government to be taxes on imports into the republic, and then partition the States for money when experiencing a shortfall to fund its limited authorities.  Not content with having limited authority plus needing money to fund their unconstitutional spending with emergent of progressives gaining power, Congress wrote an amendment to tax income, which the States ratified.  As a point of fact, there is some argument that the Sixteenth Amendment was not actually ratified (supposition suggests the Secretary of State fudged the number to ratify it) and the definition of income does not include wages earned in exchange for work performed.  This is where the term “legalized theft” is coined; it allowed government to take from those who have to spend unconstitutionally on the welfare/warfare state, with the States approval.  But, I digress.

Continue to Page 2 by Clicking Below: