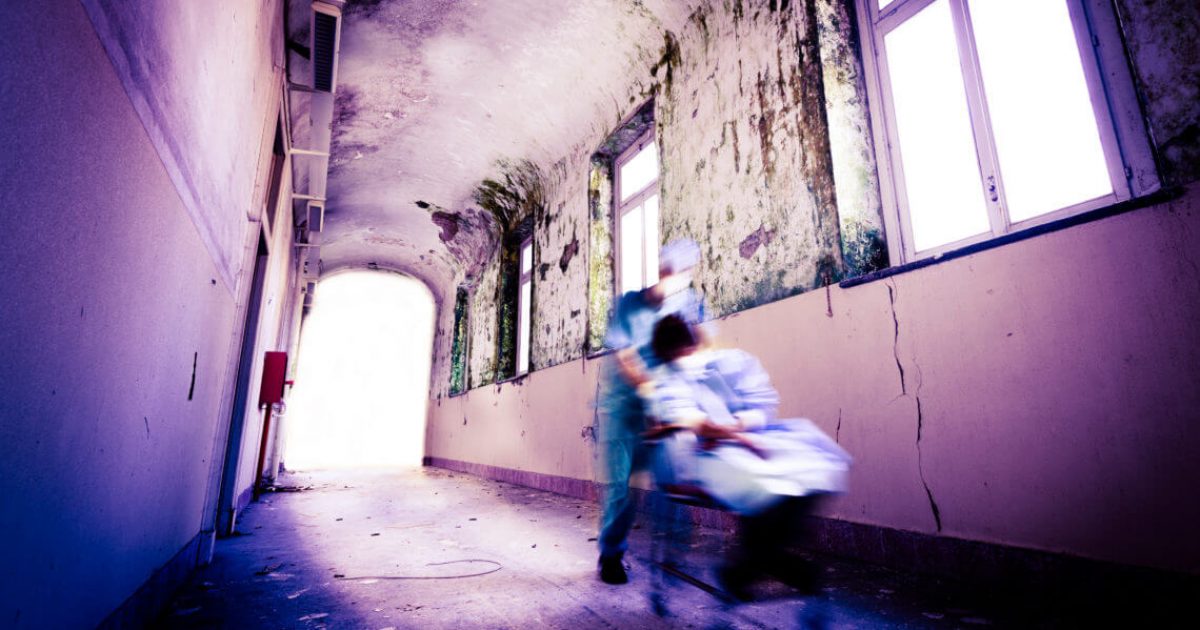 Organ trafficking is an undeniable worldwide issue that has been around since pharmaceuticals were first introduced in 1970 to prevent organ rejection, and quite possibly even earlier. The numbers speak for themselves, and unfortunately, the numbers paint a picture of just how many people are either sacrificing their organs for cash to survive, or being kidnapped and having them removed from their bodies, leaving them for dead. So who are the co-conspirators involved in these schemes? Read on, it gets pretty in depth, and you will most certainly recognize some of the names.

In 2007, WHO (World Health Organization) estimated that out of all transplants worldwide, 5–10% were conducted illegally. In 2011, it was estimated that the illicit ‘organ trade’ generated illegal profits between USD 600 million and USD 1.2 billion per year.

There are over 110,000 patients on the national waiting list for organ transplantation and in 2016, only about 33,000 organ transplants were performed. In the United States alone in 2016, there were 19,057 kidney transplants, 7,841 liver transplants, 3,191 heart transplants, and 2,327 lung transplants performed (that were documented). Kidneys are the hot ticket item and as we can see by the map below, it’s obvious who is benefiting from organ trafficking. 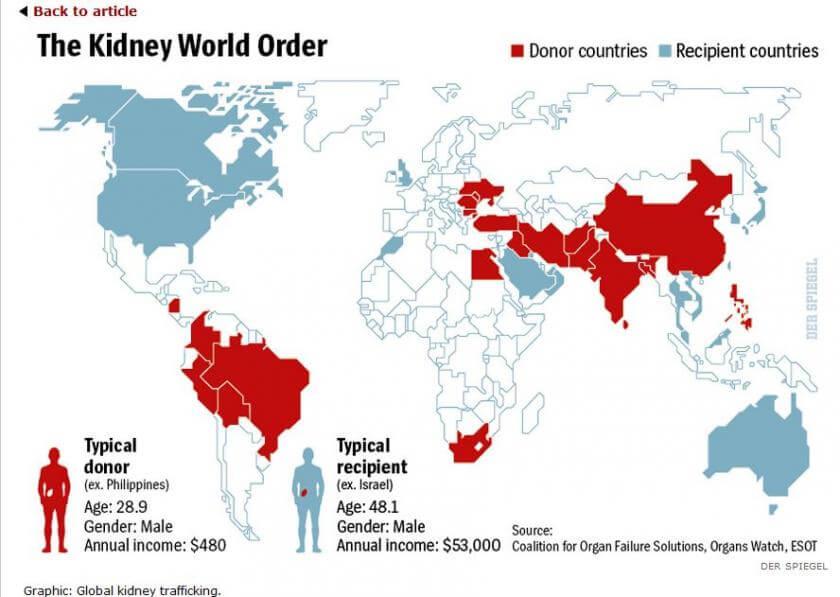 The price of a kidney or heart can fetch anywhere from $15,000 USD to $200,000 USD depending on the recipient and country of destination.

It’s Happening All Over The World at Alarming Rates:

“We have accurate information that over 25,000 surgical operations have been conducted in the refugee camps of the neighboring countries and in the terrorist-controlled areas in Syria since 2011 to take out the body organs of 18,000 Syrians and sell them in the international black markets.” – Dr. Noufel

Huffington Post 2010: Haitian Prime Minister Jean-Max Bellerive talked to the CNN’s Christiane Amanpour about the unsettling reality of trafficking of human organs from victims in the wake of the earthquake that struck a few weeks ago.

“A lot of organizations – they come and they say there were children on the streets,” Bellerive said. “They are going to bring them to the States — we have already reports of trafficking, even of organ trafficking.”

In 2016 – 59 dead bodies were found with missing organs in the small town of Thomazeau, in northern Haiti. It was kept from the public and never reported about. My source tells me they found them dumped in the woods. People in the area found them and called the Justice of the Peace to make a report, but the story was buried. There is a famous dumping ground for dead bodies in Haiti called Titanyen. Hundreds of thousands of bodies were dumped and buried in a mass grave after the earthquake. Most likely the bodies from Thomazeau were also dumped there.

This non-graphic, 8-minute video compilation provides an inside understanding as to why they target the people they do, who does it and how they do it. It concludes with a statement at 7:30 from Jean-Max Bellerive, former Haitian Prime Minister, regarding organ harvesting in Haiti.

Daily Mail: A Human Harvest: China’s organ trafficking exposed in shocking documentary that alleges the illegal trade is now worth a staggering US $1 billion a year.

The case burst open last month, when Azam and his colleagues raided an apartment block in the city of Rawalpindi, just outside Islamabad, the capital, and found 24 terrified people — 20 men and four women — who were to be operated on at a nearby clinic.

He says some of these prisoners told him they’d been held there for four months. The doors were locked; the windows had bars. Prowling the streets below were “look-outs” making sure no one escaped, says Azam.

Manuel Plancarte Gaspar, 34, was captured last week in a stolen car that was also carrying crystal meth, one of the cartel’s top sellers in the international drug trade. He was captured in the western state of Michoacan, where the Knights Templar rule and terrorize the citizenry.

In an unusual series of Twitter posts, Michoacan’s Public Safety Secretary Carlos Castellanos Becerra announced the arrest of Gaspar “who belongs to a criminal group and is being investigated for the death of children, who drew their organs for sale.”

Professors and Doctors Among 45 Arrested in Egypt Organ Trafficking Ring

Those arrested include Egyptians and foreigners engaged in a wide range of professions. Professors from some of Egypt’s top universities, doctors, nurses, organ-buyers, and others are among those arrested.

So who’s involved and who are the co-conspirators? Read on…

This is not a behind-the-scenes dark alley operation (generally). This is carried out by medical professionals involved in the highest level of black-market organ harvesting and trafficking. In some cases, people are offering to be a donor for cash because they are trying to survive, but in many cases people are kidnapped and left for dead. In either case, it requires a team: