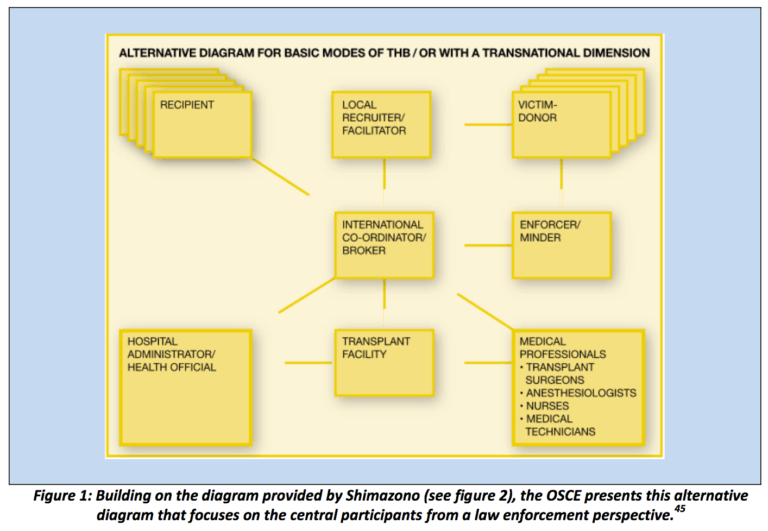 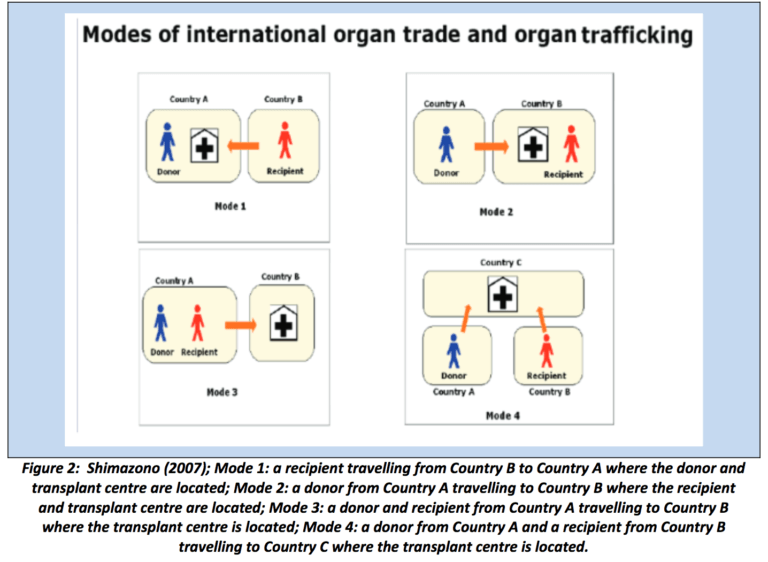 Could these be possible U.S. connections?

We already know that a good chunk of the recipients resides in the United States. Once the brokers find the match in other countries, they are either shipping the organs over or bringing the person to have surgery here. That means hospitals, surgeons, nurses, medical technicians and anesthesiologists are all involved in the transplant. Now, this doesn’t mean they are all complicit, but someone high up in these hospitals are allowing this to transpire. I cannot imagine a hospital not keeping track of where people and organs are coming in from and assuring this “match” was done through proper channels.

That being said, Florida Attorney Elizabeth Beck recently investigated some interesting connections with several people, deaths, the Mayo Clinic, St. Vincent’s, Haiti, and the Clinton Foundation. These are the facts she presented. I will leave the speculation to you.

1) There is a Beranton Whisenant – Jay Plotkin – Jacksonville connection.

Jay Plotkin was the director of the State Attorney’s Office in Jacksonville from 1993 to 2009. Until January of 2009, he supervised all aspects of an office of 100 attorneys and over 300 support staff.

Mr. Beranton Whisenant is actually not a Miami native, even though he worked there and passed away in Broward County in South Florida.

To the contrary, Mr. Beranton Whisenant is a native of Jacksonville Florida. He graduated from Bishop Kenney High School in 1997 and worked as an Assistant State Attorney with the 4th Judicial Circuit from 2004-2007.

In other words, Mr. Beranton Whisenant and Mr. Jay Plotkin worked in the State Attorneys Office at the same time.

2) There is a Jacksonville – Mayo Clinic connection.

The Mayo Clinic has a hospital in Jacksonville Florida.

A lawsuit was filed in 2015 in Federal Court in Jacksonville against the Mayo Clinic in connection with an organ transplant case.

The judge presiding over that case was the Honorable Harvey E. Schlesinger.

Mr. Whisenant’s body was recovered on May 24th, 2017. On June 8th, 2017 Judge Harvey E. Schlesinger threw out the case against Mayo Clinic in Jacksonville on Summary Judgement.

5) There is a Mayo Clinic – Clinton Foundation connection.

A number of hospitals, including Mayo Clinic and St. Vincent’s co-sponsored a launch event in Northeast Florida in connection with the Clinton Health Matters Initiative.

6) There is a Mayo Clinic – High Government Officials connection.

Sounds like an interesting place for people looking into life extension?

7) There is a Clinton Foundation – Haiti connection.

8) There is a Klause Eberwein – Haiti connection.

Klause Eberwein, a former Haitian government official was found dead July 11th of this year with a gunshot wound to the head. He was found at 14501 South Dixie Highway; a Quality Inn.

This Quality Inn is 7.5 miles from my office.

9) There is a Peter Smith – Mayo Clinic connection.

Mr. Peter Smith purportedly took his own life May 14th, in an Aspen Suites hospital in Rochester Minnesota near the Mayo Clinic.

The Aspen Suites is across the street from the St. Mary’s campus of Mayo Clinic and is almost exclusively used by patients of the hospital.

He purportedly left a suicide note which stated that “there was no foul play whatsoever” and “recent bad turn in health since January 2017” was the reason given for taking his own life and the timing was related to “Life insurance of 5 million expiring”.

He was purportedly searching for Clinton Emails.

Watch the emotional interview with Attorney Elizabeth Beck on Infowars:

NBC NY reported in 2012: A New York City man was sentenced to 2 1/2 years in prison Wednesday in what experts said was the first federal conviction for profiting from the illegal sale of human organs.

Levy Izhak Rosenbaum, and Israeli native who resides in Brooklyn, pleaded guilty in October to brokering three illegal kidney transplants for New Jersey-based customers in exchange for payments of $120,000 or more.

Prosecutors allege Rosenbaum would buy organs from vulnerable people in Israel for as little as $10,000 and sell them to desperate patients for more than $100,000.

The transplants took place at top U.S. hospitals, including at the Albert Einstein Medical Center in Philadelphia.

He was among more than 40 people arrested in the dual-track investigation into money laundering and political corruption. Defendants included politicians and rabbis in New Jersey and Brooklyn.

CBS New York reported on his release from prison in 2014:

A man who prosecutors said styled himself as the “Robin Hood of kidneys” is out of prison after being the first person convicted in federal court of profiting from the illegal sale of human organs.

Levy Izhak Rosenbaum, an Israeli citizen, won’t be deported because federal immigration officials found that his crime was not one of “moral turpitude” that would have subjected him to being kicked out of the U.S., lawyer Edward Schulman said.

I did a little more digging and found the extensive FBI press release breaking it all down. Are you ready for this? They don’t necessarily connect the dots for you in this press release, but rather paint a picture of how each person handled their money and who laundered it, much of which was campaign money. So to put it in simple terms: I count five rabbis from four different synagogues who laundered money for politicians, several mayors and city councilmen/women, including our organ trafficking guy Levy Rosenbaum. Then we have a slew of pay-to-play schemes on top of that. Now I am speculating here, but my gut says that Levi Deutsch, an Israeli who lived in Israel, was a high-level source of cash, and traveled frequently between Israel and New York, was our guy who likely brought the donors here.

“Similar circles of money launderers in Brooklyn and Deal, N.J. operated separately but occasionally co-mingled activities and participants. In most cases, the rings were led by rabbis who used charitable, non-profit entities connected to their synagogues to “wash” money that they understood came from criminal activity like bank fraud, counterfeit goods and other illegal sources.”

What a roundup of politicians that sting was!

Organ trafficking is so prevalent, the UNODC researched and documented this 149-page ‘Assessment Toolkit’ in 2015:

2) There are professional, ethical and legal regulations that govern the procurement of deceased donor organs and that state the conditions under which such organs are allocated. Deceased or post-mortem donation can take place from donors after brain death and after circulatory death.

3) While the World Health Organization first declared in 1991 that living donors ‘in general should be genetically related to the recipient’, it advised in 2010 that ‘living donors should be genetically, legally or emotionally related to their recipients’. By 2012, genetically unrelated donors accounted for 2838 out of 5617 (50%) of live kidney donation in the United States and 653 out of 1380 (47%) in the Eurotransplant (covering Austria, Belgium, Croatia, Germany, Hungary, Luxembourg, the Netherlands and Slovenia).

4) According to the European Commission, in 2007, there were 65,000 patients waiting for a kidney transplant in the European Union; 25,000 transplants took place annually, 120,000 patients were on kidney dialysis. This resulted in a waiting time of 3-5 years, with a mortality rate of up to 30%. In the United States, according to the United States Department for Health and Human Services, there were, as of 6 January 2014, 120,999 candidates waiting for organs (77,073 of whom are active waiting list candidates), but only 10,587 donors registered in the U.S. as of March that year.

5) Under these circumstances of severe organ scarcity, desperate patients may seek strategies to obtain organs illegally, outside legal transplantation frameworks. With an increased demand for organs comes their increased potential profitability, fueling the desire of some people to trade and sell. As a result, next to altruistic procurement systems of organ supply, a black market coexists to meet the demand that altruistic systems fail to fulfill.

This must stop! Our country – our world – must do better! We must find a way to assist people’s needs for organs in a safe and legal manner so that these mutilations stop. We must work together to help other countries who have been raped and pillaged by the corrupt so that they aren’t so desperate as to sell their organs for survival.