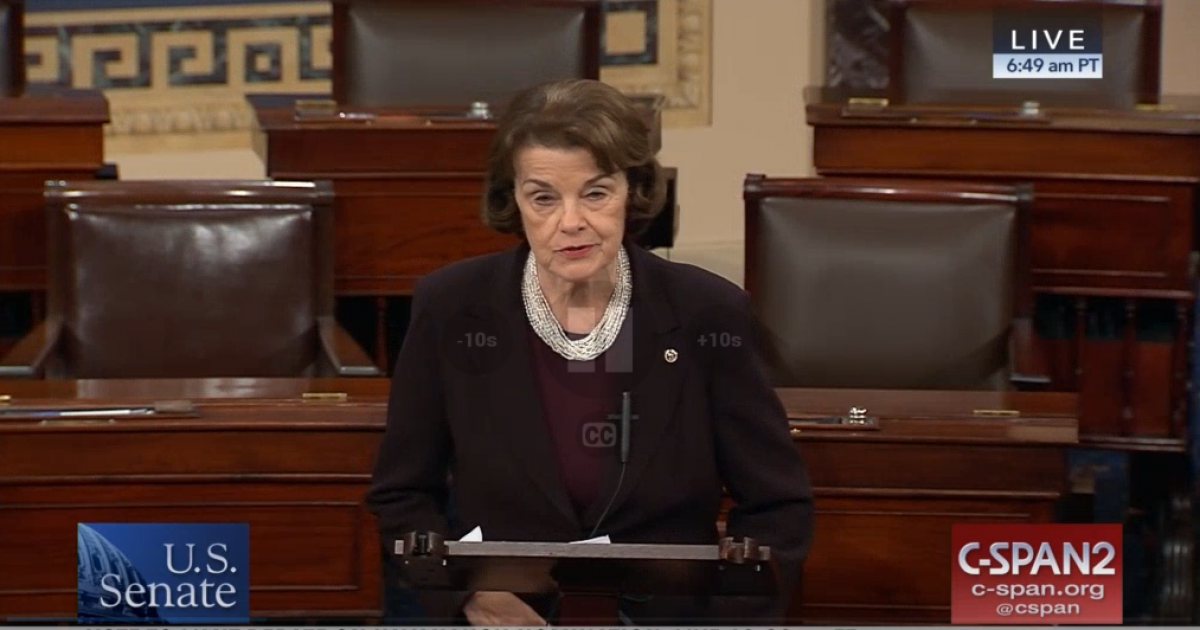 Anti-gun California Sen. Dianne Feinstein and more than a dozen of her Senate colleagues have introduced legislation to ban so-called “assault weapons” reinforcing the belief among Second Amendment stalwarts that Capitol Hill gun prohibitionists are determined to erase gun ownership by slow erosion.

Under provisions in this bill is a ban on the sale, manufacture, transfer and importation of 205 military-style firearms, which are actually semi-auto rifles. Henceforth a background check will be required on all transfers of “assault weapons.”

Already, gun rights groups are lining up against the Feinstein bill.

If passed, the Assault Weapons Ban of 2019 would ban the sale, manufacture and importation of 205 “military-style assault weapons” by name, and “any assault weapon that accepts a detachable ammunition magazine and has one or more military characteristics including a pistol grip, a forward grip, a barrel shroud, a threaded barrel or a folding or telescoping stock.” Owners of existing firearms would be allowed to keep them, according to a Feinstein news release.

The measure also bans magazines that hold more than ten rounds, while allowing owners of existing original capacity magazines to keep them.

However, there is no provision that says this “grandfather” language won’t be amended at some future date. Gun owners are skeptical because there is another part of this legislation that requires “grandfathered assault weapons” to be stored using a “secure gun storage or safety device” and it prohibits transfer of “high-capacity magazines.”

In a prepared statement, Sen. Murphy asserted that “military-style assault rifles are the weapons of choice for mass murderers.”

But a check with the FBI Uniform Crime Report for any given year shows that rifles of any kind, including semi-autos, are used in a fraction of all homicides. The number usually hovers around the 2-to-3 percent mark.

The Feinstein news release contained two significant errors, asserting that both the Las Vegas and Sutherland Springs, Texas mass shootings occurred in 2018, when they actually occurred in 2017.

It also conveniently omits the fact that the Texas shooting was interrupted by a legally-armed citizen, who also used a semi-auto AR-type rifle to seriously wound the killer, identified as Devin Patrick Kelley. That citizen, Stephen Willeford, happened to be a former NRA-certified civilian firearms instructor. Kelley subsequently took his own life.

By some estimates, there may be as many as 12 million to 15 million such rifles in private hands today. They are used for all sorts of endeavors including hunting, competition, predator control, home defense and recreational shooting.