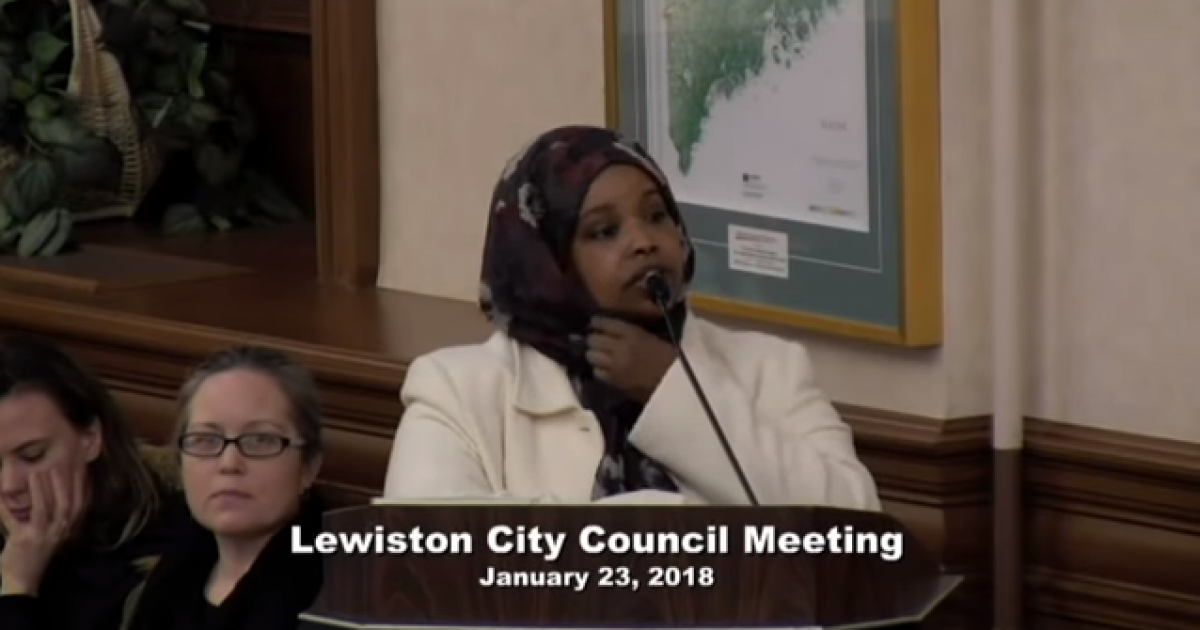 OK, lots of stories have poured out of Maine about Somali Muslims, in a similar fashion as they have in Minnesota.  The latest comes by way of video clips that are from a town meeting in Lewiston back in June 2018, a town where Somali mobs have taken to beating and harassing Maine citizens in Kennedy Park.  However, what’s amazing is the defiance of the Somalis who spoke, blasting assimilation and integration into the culture they are being allowed to live in and even claiming that they are what makes Maine great and has put it on the map.

Under the usurper, Barack Hussein Obama Soetoro Sobarkah, America saw a plethora of these people pour into our country and settle all across the US.

President Trump has all be stopped the majority of it.

However, there are plenty who have settled in Maine, and the town of Lewiston is being taken over by these Muslims in a similar manner to Dearborn, Michigan.

Take a look at some of the comments of these Somali immigrants as they demonstrate their ungratefulness and defiance against those who would call them to assimilate into American culture in a similar manner that they would present if we were to travel to Somalia.

“We are what makes Maine great!” said one man.

“We are not going anywhere, whether you like it or not!” uttered another woman.

Some citizens of Maine didn’t take it sitting down though, and spoke out.

Listen to the Maine citizens who are told by the police to stay out of parks they pay for due to the violent mobs of Somalis that attack them.  Rather than deal with the criminals, the cops give space for them.

Due to the lack of assimilation and the fact that Muslims believe that we should conform to them and not them to us, or should I say, towards Christianity, the cultures ultimately collide.

Many of these people coming into our country, are doing so on welfare.  They are not coming here on their own with a plan to work, no apprenticeship nor someone sponsoring them for a better life and to glorify God in their endeavors.  They come here and leach off the people of America.  That is born in the ideology of Islam regarding infidel governments.

Journalist and radio host Sue Payne reveals to Mark Levin what we’ve been saying about what’s happening to small towns all across America. Ms. Payne was lucky enough to be privy to a  plan for building a ‘country within a country’ using illegals and refugees. This is terrible for America and is a serious blow to our economy, jobs and way of life. Please listen to Sue Payne and read the bullet points below. Google “Welcoming America” and check to see if they’re in your town, then you’ll know if your town is a target. Yes, this is the fundamental transformation Obama was talking about.

Sue Payne was privy to listening-in on multiple conference calls between Barack Obama and 16 members of his cabinet. What she uncovered was shocking and disturbing.

The administration’s weaponization of illegal aliens and refugees may be far more sinister than even the most ardent opponents have yet imagined.

On one of these calls, Obama conducted a meeting with his new ‘Task Force On New Americans,’ chaired by radical Cecilia Munoz, former vice president of the radical, Hispanic race-supremacy group La Raza (‘The Race’).

“Remember when he (Obama) went to Las Vegas? The media said he was signing an executive order for five million illegal aliens to become deferred. In reality, what he did was sign a memorandum that created the ‘Task Force On New Americans,’ which was going to implement his ‘amnesty mill’ for the five million illegals – which I believe is going to be more than that… On these conference calls, it became clear that he’s looking at 13 to 15 million to give protection and move them on to citizenship.” – Payne

These initial “new Americans” are to be used as “seedlings” in the construction of a “country within a country,” which would help complete a full ‘fundamental transformation’ of the United States.

Specific cities are being designated as “receiving communities” (sanctuary cities – we now have 300!) to which illegals are being bused and flown at the expense of American taxpayers. These communities are being used as incubators for an entirely new population that assist in bringing ‘people in the shadows’ into the light – to essentially conquer proper citizens and push them into the underclasses over time.

Understand that this is not just about immigrants and refugees entering our country, it’s about people entering our society and taking it over. One example is Congresswoman Ihan Omar became the first female Muslim elected to Congress and she is all for paying jihadis who die during an Islamic terror attack.

Another is a Somali Muslim and former police officer, Mohamed Noor, who murdered an unarmed Minnesota woman in her pajamas right in front of his partner.

While Trump has stopped quite a bit of the refugee influx, the fact is that of those who are here, they don’t seem to want to assimilate to American culture, but rather are defiant.  As a result, justice is often not served against them and they are allowed to dig in, breed and take over areas simply through pro-creation while American citizens are murdering their babies, taking birth control and failing to uphold the dominion mandate from the Scriptures, which is our foundation.

America, when you turn your back on God, and like heretic Andy Stanley, ignore God’s law, then you no longer receive His blessings (Deuteronomy 28:1-14).  You get His curses (Deuteronomy 28:15-68), and among those curses are foreigners overtaking you.