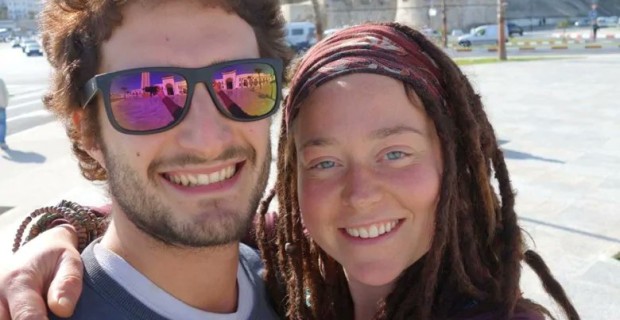 Yet another left-wing couple visited a dangerous foreign country to spread love and engage in utopian activism before promptly disappearing in another tragic case of cultural relativism.

Canadian Edith Blais and her Italian boyfriend Luca Tacchetto were traveling in the West African country of Burkina Faso when all communications with their families abruptly ceased on December 15. It is thought that their pair were kidnapped, although their whereabouts remain unknown.

The couple traveled through Burkina Faso despite a Canadian government travel advisory warning to “avoid all unnecessary travel” in the country. They were also on their way to the capital of Ouagadougou despite six Canadians being killed in a 2016 attack in the city when Islamic jihadists stormed a hotel.

“Canada’s travel advisory for Burkina Faso is about as explicit as you can make these things,” said Gar Pardy, a former director-general of consular affairs who also served as ambassador to multiple countries. “It’s a very troubled country.”

The couple had also arrived in Burkina Faso from Mali, despite the Canadian government warning to “avoid all travel” to Mali due to the severe threat of terrorism and violent carjackings.

“Armed criminals don’t hesitate to shoot at vehicles to stop and rob their occupants …. Such incidents can happen …. day or night, on both main and secondary roads,” states Global Affairs Canada.

Although unconfirmed whether she personally wrote the words, a screenshot of a Facebook post circulating on the on social media shows Blais holding an ‘Iraq’ sign in Arabic while the post reads, “HITCHHIKING IRAQ – I just wanted to share that there is love and warmth everywhere in the world. You just need the wisdom and courage to reach out and grasp it. Open your minds and hearts! We are the people showing others that the world is a place in which solo females can travel to its far corners. Happy 2019. Let’s hit the road.”

According to reports, Blais was intending to travel on to Togo, where she “planned to volunteer with an organization attempting to reforest parts of Togo.”

As I highlight in the video at the end of this article, there have been innumerable instances of left-wingers with a utopian idea of the world who visit dangerous countries trying to spread peace, love and understanding who end up dead.

Others who have expressed support for mass immigration have been brutally raped and murdered by migrants in their own countries.

The most recent example was two female Scandinavian tourists, one of whom urged her Facebook followers to “never judge people by their appearance” alongside a video which decried Islamophobia.

Both women ended up being raped and beheaded by ISIS supporters while on a hiking trip in Morocco.

Another case involved two left-wing cyclists who biked around the world while arguing that there was no evil in the world and that our view of other cultures being more intolerant or dangerous was just a product of our own bigotry.

They ended up being mowed down by vehicles and then stabbed to death by Islamic terrorists in Tajikistan.

Until leftists dispense with their utopian delusions and truly realize that the world is a dangerous place which is full of people intent on doing harm, and that the danger is far greater in countries located in Africa and the Middle East, more innocent people will suffer pointless deaths.

Don’t forget that this is also why we have borders; to keep out dangerous violent criminals – and yet the left does everything in its power to dismantle them.