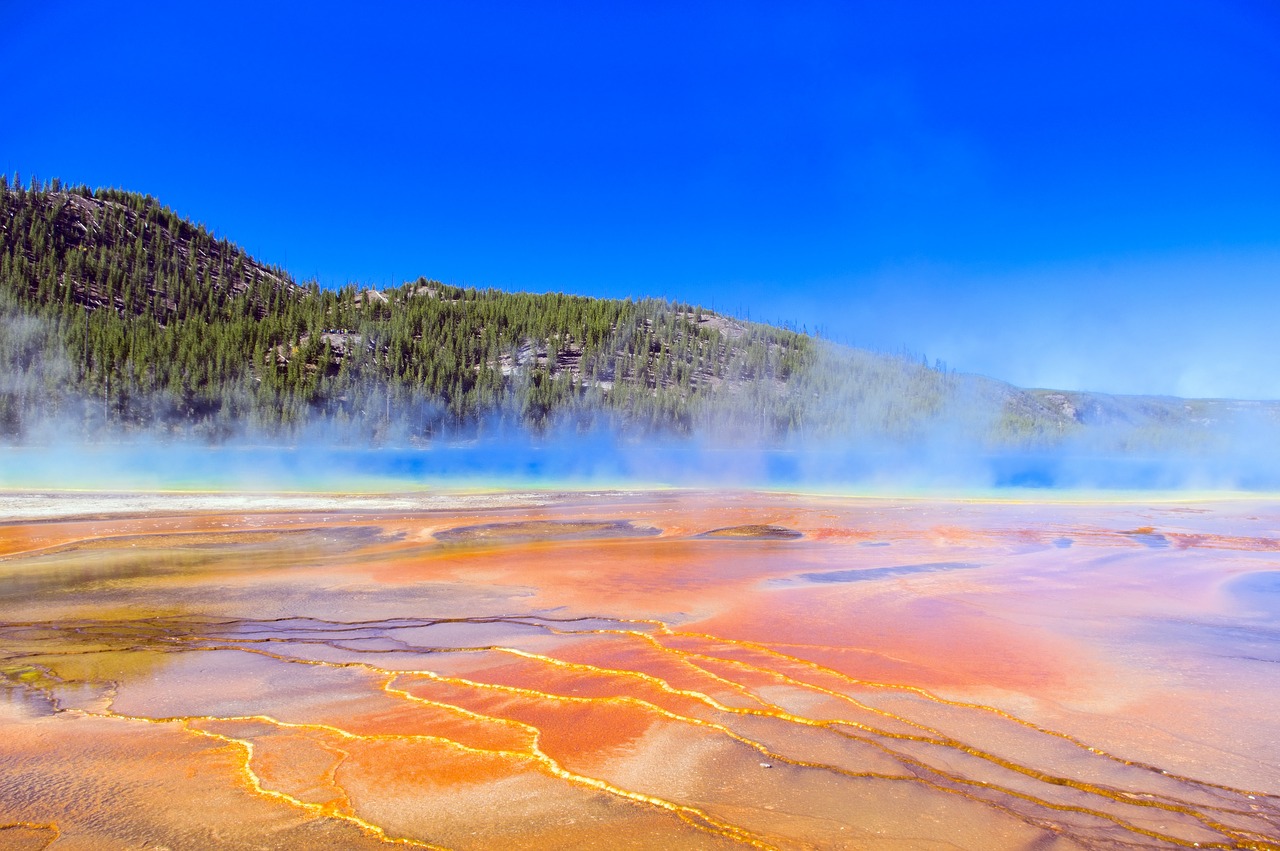 Could it be possible that a full-blown eruption of the Yellowstone supervolcano is not too far away?  All over the world seismic activity has been increasing in recent years, and this process seems to have accelerated during the early days of 2019.  In particular, quite a few once dormant volcanoes are springing to life again, and this has many concerned about what could potentially happen at Yellowstone.  Of course Yellowstone has never been “dormant”, but there have been new signs of life over the past six months.  Entirely new geysers have sprung out of the ground, Steamboat Geyser has been the most active that it has been in decades, and some geysers have even been shooting “debris and rocks” into the sky.  And now we are being told that “a 465-mile-long piece of molten rock” is “rising” directly under Yellowstone…

SCIENTISTS are closely monitoring a 465-mile-long piece of molten rock rising below the Yellowstone caldera, a bombshell documentary has revealed.

The supervolcano, located in Yellowstone National Park, has erupted three times in history – 2.1 million years ago, 1.2 million years ago and 640,000 years ago. Volcanoes typically blow when molten rock, known as magma, rises to the surface following the Earth’s mantle melting due to tectonic plates shifting. However, geologists have revealed how Yellowstone’s magma chamber, which sits on top of the magma plume, is slowly rising each year.

Hopefully nothing major will happen at Yellowstone for a very long time.

But experts assure us that another full-blown eruption will take place one day, and when it does, it could potentially create a global “volcanic winter” which would make growing crops almost impossible and ultimately cause horrific global famines.  The following quote comes from Dr. Christopher Kilburn…

“As a result of which, the amount of sunlight reaching the surface of the earth drops and, as a consequence of that, it will trigger what is called a volcanic winter in that the temperatures never get a chance to recover.

“So you go through winter, the ash veil prevents the sun from warming up the earth seasonally so you just get continued winters which might trigger, ultimately, extensive ice coverage.”

If Yellowstone were to erupt today, none of our lives would ever be the same again from that moment on.

We are talking about a disaster that is on a scale that most of us couldn’t even imagine, and it would instantly render most of the country completely uninhabitable.  The following is an extended excerpt from one of my previous articles about Yellowstone…

Scientists are constantly monitoring Yellowstone for potential signs of an eruption, but the truth is that a major disaster of this magnitude would probably come with little or no warning.

It is undeniable that in recent months there have been signs of increased activity at Yellowstone.  That doesn’t mean that an eruption is imminent, but without a doubt it should be a cause for concern.

And this is especially true considering all of the shaking that we are seeing elsewhere around the globe.  Just within the past few days we have seen a magnitude 4.1 earthquake hit California and a magnitude 5.1 earthquake near Anchorage, Alaska.  The latter one definitely shook a lot of people up…

Another added: “That was scary. Hard quake.”

We are not even to the middle of January, and there have already been more than 100 significant earthquakes in Alaska so far this year.

That is not normal.

As I have said before, the shell of our planet is cracked, and we are just floating on the pieces.  Now those pieces appear to be getting increasingly unstable, and that is going to affect us in ways that most people cannot even imagine right now.