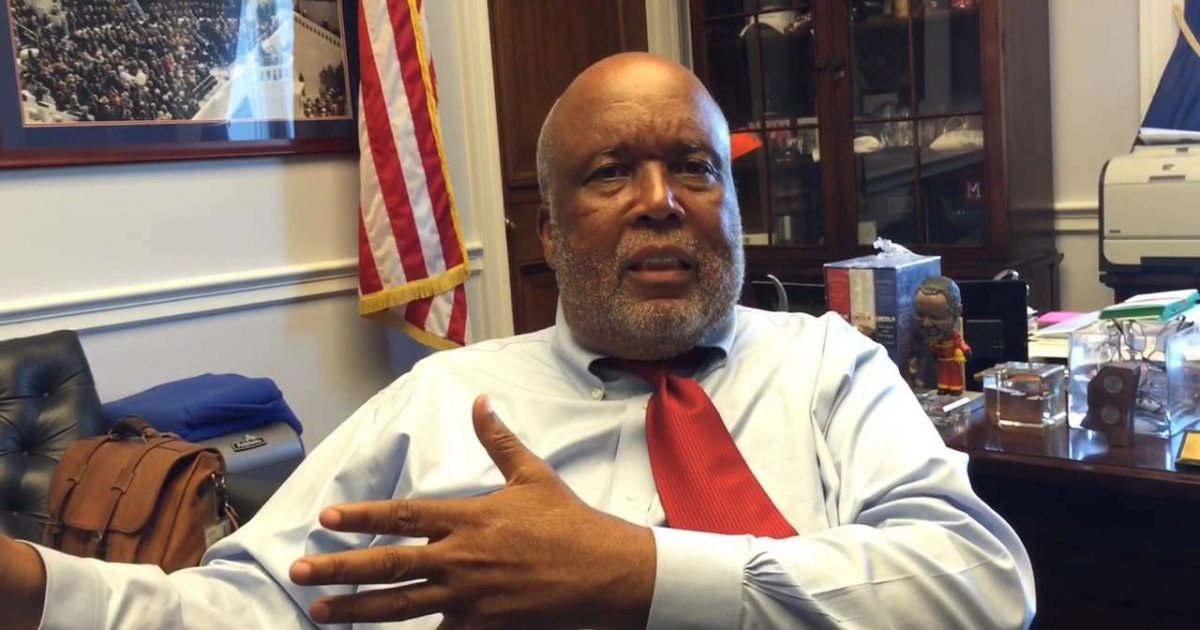 Yes, forget Islamic jihadist, ANTIFA fascists and the other Socialist and Communist factions in our society who attack the foundations and laws of our republic.  Now that Democrats have taken control of the House of Representatives, “rightwing extremism” is going to be at the forefront of hearings this year.

Rep. Bennie Thompson (D-MS) is now in charge of the House Homeland Security Committee and as such, he plans to act, but his target is “rightwing extremists.”

While some of the hearings will feature white supremacist groups, keep in mind how this corrupt government has targeted a plethora of people on the so-called “right” as extremists and a threat to the country.  I’ll remind you of that in a moment.

Thompson intends to hold hearings to spotlight what experts say is a growth of deadly right wing extremism in America, even if the hearings could feature members of white supremacist groups.

“There are some people, I understand, who have belonged to those groups in the past, so there might be an opportunity for dialogue there,” Thompson said.

Thompson said his aim is to change the dialogue and find a balance in a U.S. domestic terrorism strategy that he believes has focused too heavily on the threat of homegrown Muslim terrorism and too little the rise of far right, white nationalist, and anti-Semitic groups.

“We want to basically kind of change the conversation so that people understand that a bigger threat on the domestic side is the radical right wing folk in this country,” he said.

A study by the nonpartisan Government Accountability Office found that violent extremism was responsible for 85 attacks and 225 deaths in the United States between September 12, 2001 and December 31, 2016.

Between 2008 and 2017, domestic extremists were responsible for 387 murders. Of those, 274, or 71 percent, were committed by far right members of one group or another, according to a 2018 Anti-Defamation League study.

Now, consider in the span of time they are given, the numbers deliberately leave out the day before:  September 11, 2001.  Why?  Because nearly 3,000 people were killed in just one day!  And it wasn’t right wing extremists who were responsible.  Compare that to what?  A few hundred deaths in the span of nearly two decades?  Come on, this isn’t even a proper comparison.

With that said, I’m not attempting to justify any murders at all, no matter what the religious ideology, ethnicity or where they come from.  My point is simply that we don’t really have an issue with right wing extremism.  Trust me, if we had a problem with it, everyone would know it.  You wouldn’t need hearings on it.

There is no doubt that the more we allow Islamists into the country, the more they are going to populate and the more we will see a rise in domestic terrorists, largely Islamic, but a simple search of the facts and numbers indicate that there is far more to be concerned with than having hearings on “right wing extremism.”  In fact, Islamic jihad plots have been growing for some time.

I’m gonna go out on a limb here and say that Rep. Thompson is simply aiming his political agenda in a Communist, ethnic prejudice against certain people he doesn’t like.

After all, remember that our own government, under the usurper Barack Hussein Obama Soetoro Sobarkah, labeled many Americans as potential terrorists.  Take a look.

7. Anyone that holds a “political ideology that considers the state to be unnecessary, harmful, or undesirable”

14. “Opposition to equal rights for homosexuals and lesbians”

In writing on this Kurt Nimmo points out:

That emphasis will change under the Democrats. The new terrorists are “homegrown” and include nationalists (shorthand for racist), constitutionalists, and libertarians. There will be hearings and possible show trials in the months ahead.

The DHS will finally arrive at its final destination—a national secret police focused on political activism challenging the ruling elite and their contrived political arrangement.

Thoughtcrime—opposition to the state and its policies—will not be tolerated by the political class. Democrats want to make sure another Donald Trump will not sit in the White House. In order to do this, they have to go after high profile individuals and groups, hold show trials, and continue the work of deplatforming “deplorables” and their “hate,” in other words, free speech.

Finally, a word of warning to the “far-left.” If you wander outside the parameters set by Democrats and their “progressive” foundations, you will also be attacked and undermined by the state, especially if you oppose Bush’s wars, which became Obama’s wars and now Trump’s.