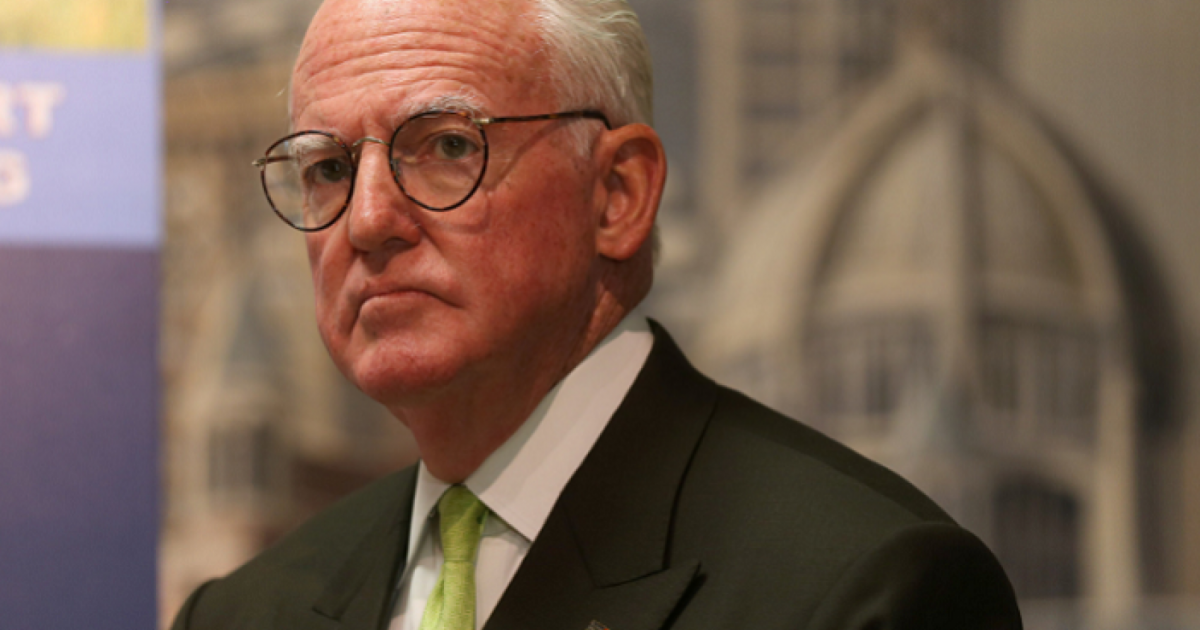 “Bullets and booze don’t mix,” Alderman Edward Burke growled. Then the Chairman of the Finance Committee vowed to fight the NRA. He had spent much of his 50 years in power fighting for gun control. And the man dubbed “Alderman-for-Life”, whose wife who sat on the Illinois Supreme Court, had the heft.

Five years ago, Chicago had lost yet another of its serial gun control battles. But Burke and the Democrat machine were vowing to go on fighting with more laws attempting to restrict the Second Amendment.

Burke, an Obama and Blagojevich ally, and the godfather of Chicago politics (dubbed its real mayor), hated and loved guns at the same time. He had nearly as many guns as he had gun control bills. When the FBI raided the offices of the powerful Chicago Democrat, they found 23 guns. That’s a lot of guns for one man. Especially for a man who had worked hard to ban handguns in Chicago.

“What it does do hopefully is put a freeze on the number of handguns that are presently owned by the people in the city of Chicago,” he had said of Chicago’s 1982 handgun ban.

The freeze, however, didn’t apply to all the guns in his office.

The unconstitutional gun ban had been proposed by Alderman Burke. Burke’s ordinance became a national first and a model for future efforts to deprive citizens of their Second Amendment rights.

It wasn’t just guns. Alderman Burke had never met anything that he didn’t want to ban.

If you liked it, Burke would ban it. And probably stockpile 23 boxes of detergent, caffeine drinks, e-cigarettes, food full of delicious trans fats, chewing tobacco and horse-drawn carriages in his office.

But while Alderman Burke banned ordinary Chicago residents from owning guns, he had a legal loophole for owning as many guns as he wanted and even being able to legally carry semi-automatic weapons.

The same pol who had fought to ban handguns, expand the gun registry and pressured banks to use their monopolistic power to impose gun control, was doing exactly what he banned others from doing.

How did he do it? Tune in Wednesday night at 9 PM for episodes of Ed Burke, PI.

The crooked Chicago pol, who has been charged with extortion, was also a private detective. When the Firearm Control Card application asked him what agency he worked for, he answered, “Edward Burke”.

And Burke wasn’t the only gun control politician to pull this scam.

Back in 2012, State Senator Donne Trotter was busted at O’Hare International Airport with a gun in his bag. Trotter was an impassioned gun control advocate who had co-sponsored 31 gun control bills and opposed concealed carry, claimed that he needed the gun because he moonlighted as a detective.

Burke was not only a law unto himself, but a law unto the people of Chicago. He not only had a PI license, but three other active state licenses, some meant for people that “need a weapon on the job.”

Chicago is a pretty violent city, but its political leaders don’t need 23 guns to do their jobs. Unless their job is extorting businesses. That’s why the Finance Committee chair and occasional PI has been charged with one count of attempted extortion for trying to shake down fast food restaurants.

Here’s how the alleged scam worked.

In addition to being one of Chicago’s top bosses and a private investigator, Burke also had a law firm. And the Chairman of the Finance Committee’s law firm specialized in, what else, property tax appeals.

A humble hack would have been satisfied with that degree of corruption, but Ed Burke was not as ordinary politicians are. Humble men don’t try to ban all the guns in Chicago while having enough guns in their office to outfit a small gang. And even in his seventies, Burke wasn’t just going to wait for suckers to come to his law firm on their own and get some help with their property tax issues.

Burke has been charged with threatening to block driveway permits for fast food restaurants unless they gave his law firm a taste. That was apart from trying to fine fast food places $1,000 a day for cooking with trans fats. You can see why he needed weapons on the job.

The Chicago Dem is also accused of soliciting a campaign contribution for another politician.

Alderman Burke came by his job honestly. He inherited it from his father, Alderman Joseph Burke. And he lived in a Democrat world in which the laws don’t apply to aldermen, only to the little people.

Chicago’s aldermen had banned guns for everyone, except themselves. And even during the heyday of the gun ban, they benefited from a special law giving aldermen and other officials the power to carry.

Democrat pols believe that they can be trusted with guns when no one else can. But the track records of Ed Burke, Senator Trotter or Alderman Dorothy Tillman, who during a ward redistricting meeting, settled the debate by pulling out her “38-caliber, snub-nosed, nickel-plated pistol”, say otherwise.

Both Burke and Tillman had to take a backseat to Senator Leland Yee, a California Democrat and rabid gun control enthusiast, who was caught trying to sell rocket launchers.

“Does the NRA oppose common sense safety measures in the home?” Burke had demanded of an NRA representative.

“No we don’t. We just think that decision should be left up to the individual,” the NRA’s Vandermyde had answered.

Alderman Burke didn’t believe that individuals had any right to make decisions. Unless they were politicians in good standing with the Democrat Party and the Chicago machine.

Gun control isn’t based on the belief that guns are evil, but that people are. It’s championed by celebrities with armed details (Burke used to be the only alderman with his own police security detail) and politicians who fill their offices with guns while trying to confiscate them from everyone else.

While Burke wanted to deny guns, detergent, caffeine drinks and fatty foods to others, there’s never been any reason to believe that the powerful politico ever denied his appetites anything he craved.

Alderman Burke is on the loose for now. And he’s got at least $12 million to spend on his defense.

But, in a tragic irony, the condition of his release is that he give up all his guns. The politician who had spent so much time using the law to take away other people’s guns, had his own guns taken away by the law.