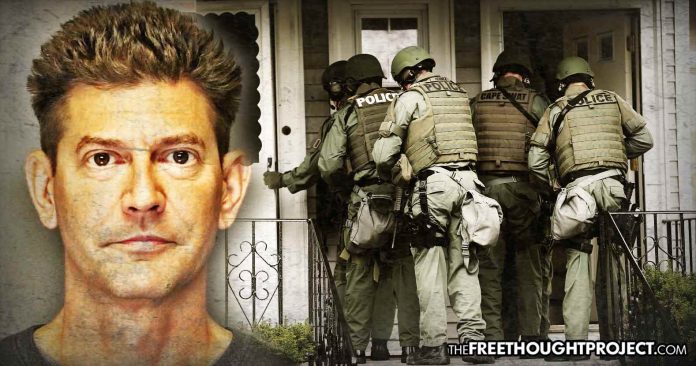 Davis, CA — Last Thursday, a tragedy unfolded in California as a deranged gunman, Kevin Douglas Limbaugh, walked up on an innocent woman, officer Natalie Corona, pulled out his guns and began shooting her repeatedly until she died. Limbaugh then fired several more shots at others before turning the gun on himself and taking his own life.

Police say that Limbaugh’s rampage left Corona, 22, dead, and left bullet holes in a nearby house, a passing fire truck, a text book inside a backpack worn by a young woman and the boot heel of a firefighter fleeing the gunfire.

Police reported that Limbaugh rolled up on a bicycle, parked in the shadows and then approached Corona as she was handing a driver’s license back to one of the individuals involved in the accident.

Limbaugh fired over the shoulders of one of the motorists, striking Corona in the neck. He then walked over to her and continued firing into her. Limbaugh then went on a shooting rampage in the neighborhood before retreating into his home where he shoved a couch up to the door and killed himself. No other people were killed.

When police entered the apartment, they found a note on Limbaugh’s pillow blaming police for “hitting me with ultra sonic waves meant to keep dogs from barking.”

“I did my best to appease them, but they have continued for years and I can’t live this way anymore,” the note added.

Police also found the two handguns Limbaugh used to carry out the attack—two handguns that were illegal for him to possess and were not his.

According to police, Limbaugh’s guns were confiscated last year likely related to the red flag law. In September, Limbaugh was charged with a felony count of battery with serious bodily injury. That charge stemmed from Limbaugh punching a co-worker, Gilbert Duane McCreath, while the two worked at the casino the night of Sept. 20, according to the Sacramento Bee.

After the charges, Limbaugh was given a high-risk assessment that determined the chance of him re-offending was low, but he was still ordered to turn in his registered weapons to police, the only being a Bushmaster AR-15. On November 9, Limbaugh turned in the weapon.

Police officials noted that Limbaugh had no other guns registered to him, and thus he was successfully disarmed. Two months later, however, Limbaugh would somehow acquire two handguns and use them to commit a horrific act of murder.

“It’s still unknown,” Davis Police Lt. Paul Doroshov said from the lobby of the Davis Police Department on Monday. “His having these (weapons) is illegal with a standing order, but it is possible to have unregistered weapons. The investigation is going to shake out where these weapons were from.”

Sadly, the laws designed to keep the guns out of the hands of bad people failed, and an innocent young woman was murdered. No one here is attempting to politicize this tragedy, and we are only making the case to illustrate that even confiscating guns from people will not keep them out of the hands of those who wish to do harm.

From the Armenian Genocide to the Nazi Holocaust to “Black Gun Codes” in America: throughout history, societies who have been disarmed by their governments have given way to massive bloodshed. This is still the case today in countries who’ve turned in their guns.

Depending on the current government, life in disarmed societies can go on peacefully for a while. However, in some cases, citizens — men women and children — are slaughtered by the millions as corrupt government officials and criminals become the only ones to have guns.

Even when gun control seems to work in the short term, the scapegoatists are never satisfied. As we are seeing in the United Kingdom, politicians are now going after knives as the “evil weapon” that no law-abiding citizen should ever need.

Simply put, guns — in the hands of good people — level the playing field against guns in the hands of bad people. It is this simple. As this tragic case illustrates, bad guys will always have access to guns, even if you use laws to disarm them.

The protectionist attitude of taking guns from law abiding citizens to keep guns from criminals is ineffective, self-serving, one-sided and ignores the benefits of an armed society as well as history. And, it only serves to further the oppression of those who cannot defend themselves.

While it would certainly be an amazing thought to be able to live in a world without guns, that is simply not the case. Until it is the case, anyone who wants to defend themselves and their family, should be able to do so in any manner they see fit — as the only other option is tyranny.