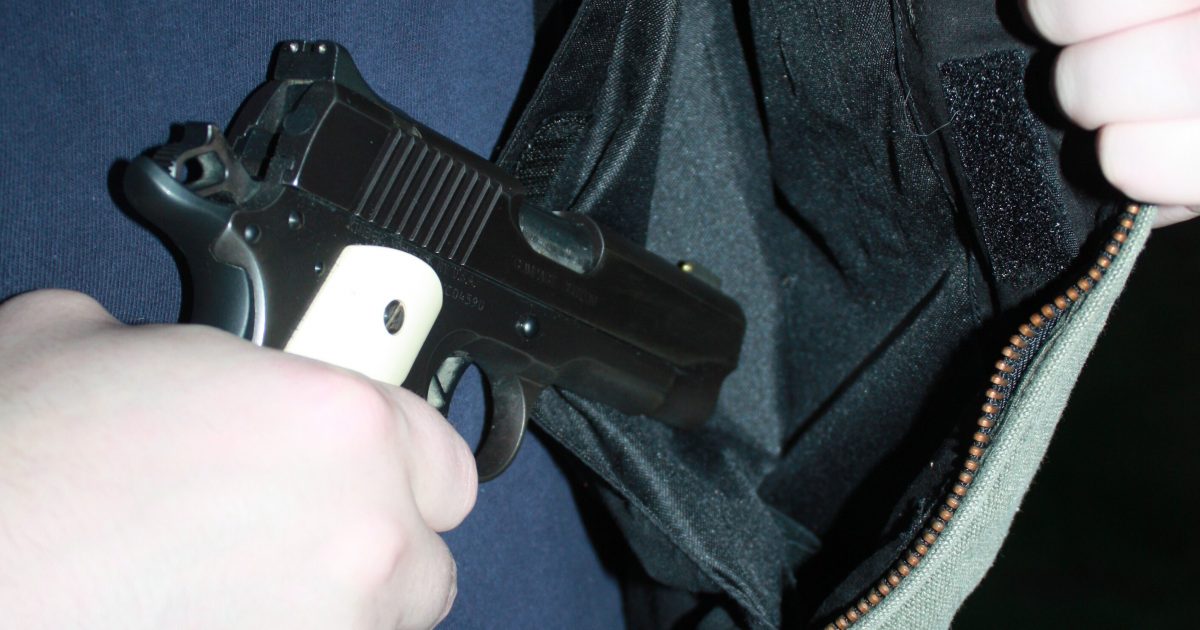 An updated Justice Department report prepared by the Bureau of Justice Statistics has once again poked a fatal hole in the long-running myth that there is a “gun show loophole” that so-called “universal background checks” are designed to plug.

Not only does the loophole apparently not exist, but the 20-page report also casts doubt on the effectiveness of background checks altogether because, “About 13 percent of state and federal prisoners surveyed used a gun during their crime, and of those prisoners, only 1.3 percent obtained it from a retail source.” Further, the report said that a 2016 survey of prison inmates found that only 0.8 percent of those who had a gun during the commission of a crime got them at a gun show.

This underscores what gun rights leaders including Alan Gottlieb, founder of the Second Amendment Foundation and Joe Waldron, legislative director of the Citizens Committee for the Right to Keep and Bear Arms have maintained for several years.

Yet, Democrats now in power in the U.S. House of Representatives, and in several legislatures around the country are insisting on more gun control laws, including “universal background checks,” as though this move is some sort of panacea to violent crime, especially mass shootings.

But in a recent update of information from the National Rifle Association, 17 people identified in mass shootings dating back almost ten years passed background checks. From Thousand Oaks, Calif., killer Ian Long to Fort Hood 1 killer Nidal Hasan, they cleared the checks. The roster reads like a “Who’s Who” of high-profile killers.

And here’s another devastating little detail, found on Page 5 of the report:

This raises questions about the effectiveness, or even usefulness, of proposed bans on so-called “assault rifles.”

In one of its email blasts seeking contributions, the Seattle-based Alliance for Gun Responsibility – which pushed through Washington State Initiative 594 in 2014 and I-1639 last November – declared, “a shocking one in five guns acquired do not include a background check, but our new gun-safety majority in the House just took action to change that: On Tuesday, lawmakers introduced a bi-partisan bill to mandate universal background checks on nearly all gun purchases – a solution to our nation’s gun violence epidemic that 97% of Americans support.”

Except that recent history shows this “universal background check” idea is not a solution at all.

The Alliance conveniently overlooks the fact that since it passed I-594 more than four years ago, the Evergreen State experienced two high-profile shootings, one that claimed the lives of three teens at a party in Mukilteo and a few months later, a second incident that cost five people their lives at the Cascade Mall in Burlington.

The Alliance used the Mukilteo tragedy to push its latest scheme, a measure that raised the minimum age for buying a semi-auto rifle to 21 years. It avoided the failure of its earlier initiative to prevent the shooting because the killer passed a background check when he bought a rifle from a retail dealer.

The other incident involved a murderer, now deceased by his own hand, who took a gun from his stepfather’s home without permission, thus bypassing a background check.

The DOJ report shows that more than 43 percent of prison inmates who had a gun during commission of a crime “obtained the firearm off the street or from an underground market source.” There was no background check involved in any of those transactions.