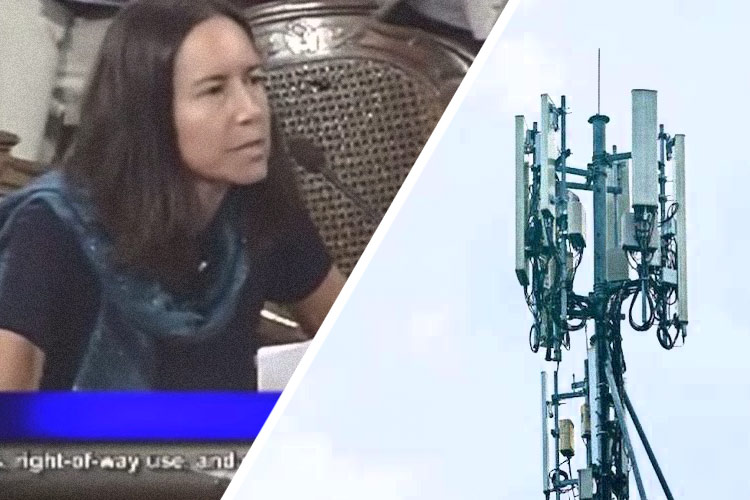 If you’re at all paying attention to the major changes taking place in the world today, you already know that human beings are on the very brink of becoming slaves to technology that we have created. In other words, technology that directly affects our health, well-being, and mental and physical sovereignty is being deployed on a mass scale without anything resembling consent by the vast majority of people.

This, of course, is just fine to those who stand to profit financially or gain more power and control from the implementation of technology that can track, spy, pry, invade, censor, redact, identify, and even manipulate people into engaging in behavior that would have otherwise never have made sense to them.

At the very forefront of this effort to enslave the planet with technology is the rollout of the international 5G network, the so-called fifth generation of wireless technology. The great promise is faster internet and a massive upgrade to the internet of things, a silent network of devices that talk to each other and predict human behaviors. When this is fully implemented, we’ll be able to replace drivers with robot vehicles and send text messages 100 times faster than we can do today.

But the cost of all this is our health, and the health of our planet, it’s natural ecosystems and the delicate web of life that makes this planet so lovely. 5G is not friendly to human health. It will require the deployment of some 20,000 satellites above the earth, beaming every square inch of terraforma with high frequency radio waves that will literally fry the cells of all living things below them. Developers of 5G know this, but are unconcerned, not even with the fact that 5G uses a frequency range in line with a Pentagon funded crowd control system.

That’s right, they are plugging in a global radio-frequency crowd control network to blanket the earth with electromagnetic radiation. Experts say that this network will require the deployment of hundreds of thousands, if not millions of small 5G boxes, pretty much everywhere.

Dr. Sharon Goldberg, an internal medicine physician & professor, is one of many professionals and concerned humans who are speaking a very important truth to power right now. That is, she is giving a very serious warning to those who may be in positions of power where they can affect the trajectory of the 5G rollout.

Dr. Goldberg’s comments in her testimony to the U.S Senate serves as yet another warning.

“Wireless radiation has biological effects. Period. This is no longer a subject for debate when you look at PubMed and the peer-review literature. These effects are seen in all life forms; plants, animals, insects, microbes. In humans, we have clear evidence of cancer now: there is no question We have evidence of DNA damage, cardiomyopathy, which is the precursor of congestive heart failure, neuropsychiatric effects…5G is an untested application of a technology that we know is harmful; we know it from the science. In academics, this is called human subjects research.” ~Dr. Sharon Goldberg

Recently we reported on UN Staffer Claire Edwards who made a similar attempt to warn the United Nations, calling 5G a ‘war on humanity.” The 5G revolt is here, and this may be the most important struggle of our generation.

This article (Veteran MD Drops a Bombshell about 5G and the Effect it Will Have on Your Health) was originally created and published by Waking Times and is published here under a Creative Commons license with attribution to Terence Newton and WakingTimes.com. It may be re-posted freely with proper attribution, author bio, and this copyright statement.

Fried Calls for Ladapo’s Nomination to be Withdrawn
The Floridian 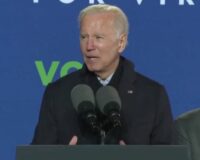 Biden Shows He Has Lost Touch with Reality, Says US Is ‘On the Right Track’ Despite Economic Disaster
October 28th, 2021 Flag And Cross

A Message From A Militia Leader: Time For The Rightful Rulers To Do Our Duty! (Video)
October 28th, 2021 Sons of Liberty Media